Beheaded Firecrackers have a gun grafted to one hand that fires mystical blasts. The Firecrackers’ guns are not as powerful as the Rocketeers’ guns, but they fire a spread that is more likely to hit its target.

Like all of the Beheaded Troops, Beheaded Firecrackers are executed Sirian soldiers who have been brought back to life by the interstellar warlord Mental and receives their commands from an implanted Life Control Unit (LCU).

Beheaded Firecrackers look like normal human beings in excellent physical condition, except for the fact that they’ve been decapitated and had their heads grafted to one hand. An irregularly shaped piece of machinery protrudes out the Firecrackers’ mouths. 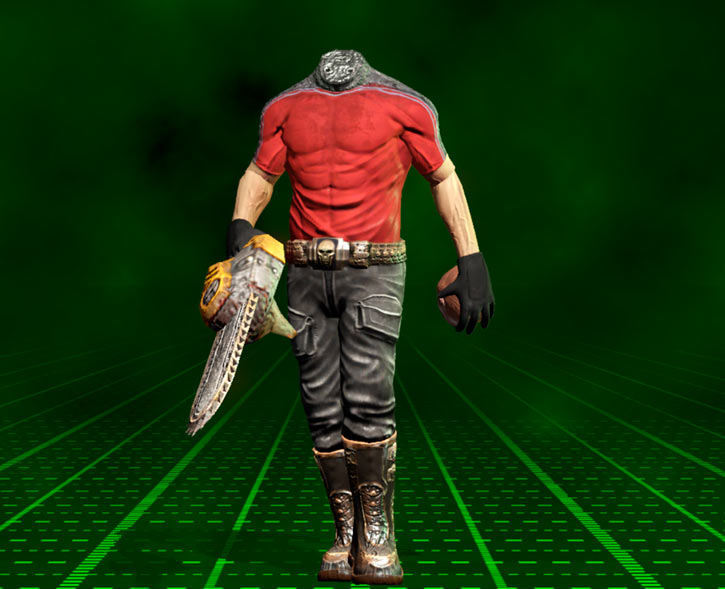 The Beheaded Firecrackers wear the standard Sirian soldier garb: a T-shirt, gray pants, and highly stylized boots and a belt in dull metallic bronze. The Beheaded Troops have different colored T-shirts to distinguish their function. That goes green for Bombers, red for Firecrackers, purple for Rocketeers, and shirtless for Kamikazes.

Equipment:
FIRECRACKER GUN [BODY: 04, AV: 04, Mystic Blast: 03, Limitations: Mystic Blast has No AV (use listed AV instead) ; The Firecracker blasts move along the ground, so the Firecracker automatically misses any character who is flying or otherwise out of contact with the surface below them. Note that a Firecracker can Team-Attack with its Weaponry Skill and the Firecracker Gun’s AV to get an effective AV of 05. Oddly enough, Firecracker Guns’ blasts come not from the gun itself but from the mechanism in the mouth of the Beheaded Firecrackers. The significance of this is unknown].

In the HD version of Serious Sam, the right hand “gun” is replace by a chainsaw, which leads one to suspect that the “gun” was a some sort of powered claw melee weapon. Either the claws or the chainsaw would likely have Claws: 04, and the Firecrackers would have Weaponry (Melee): 02 added to their Skills. 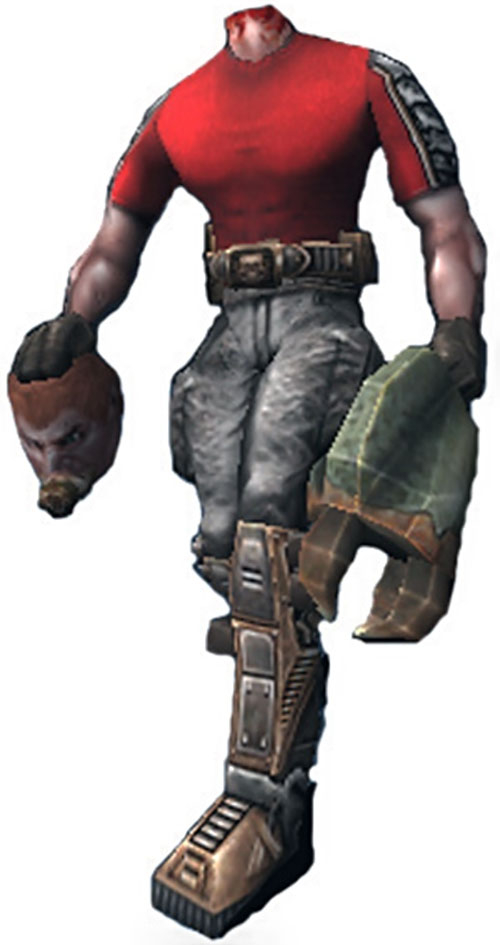