Beheaded Kamikazes have been rigged with powerful explosives. These detonate when they get within point-blank range of an enemy.

Unlike Beheaded Rocketeers or Firecrackers, Kamikazes are not shielded against attacks from their own weaponry. In fact detonating their bombs will kill them instantly and may kill other Kamikazes within the blast radius, rendering groups of Kamikazes very susceptible to fratricidal attacks.

The Kamikazes’ sensory abilities do not seem at all hindered by their lack of a head.

The Secret Mighty Kamikaze was a greatly enlarged Kamikaze (standing 50’ high) with equally enhanced explosive power. It was also capable of turning invisible, though it would automatically drop its invisibility when a foe got its attention.

Fortunately for anyone encountering a Mighty Kamikaze, the enlargment process left it unable to move. Furthermore it takes a few moments to build up to detonation once it detects an enemy. This gives any potential victims ample time to flee to a safe distance.

Like all of the Beheaded Troops, Beheaded Kamikazes are executed Sirian soldiers who have been brought back to life by the interstellar warlord Mental. They receive their commands from an implanted Life Control Unit (LCU). The Kamikazes are made from bodies whose heads were damaged, making them suitable only for simple suicide tactics.

Mental attempted to make a more destructive Mighty Kamikaze but the resulting Brobdingnagian beast was immobile, seriously limiting its usefulness.

Beheaded Kamikazes look like normal human beings in excellent physical condition. Except for the fact that they’ve been decapitated and had two large bombs grafted on where their hands should be. Beheaded Kamikazes wear modified Sirian soldier garb: brown pants (instead of gray), and highly stylized boots and a belt in dull metallic bronze.

While most Beheaded Troops have different colored T-shirts to distinguish their function, Kamikazes go shirtless. This exposes the cybernetic spine that has replaced the Kamikazes’ original organic spines and now protrudes out of their backs (the skin was never sewn back over it). 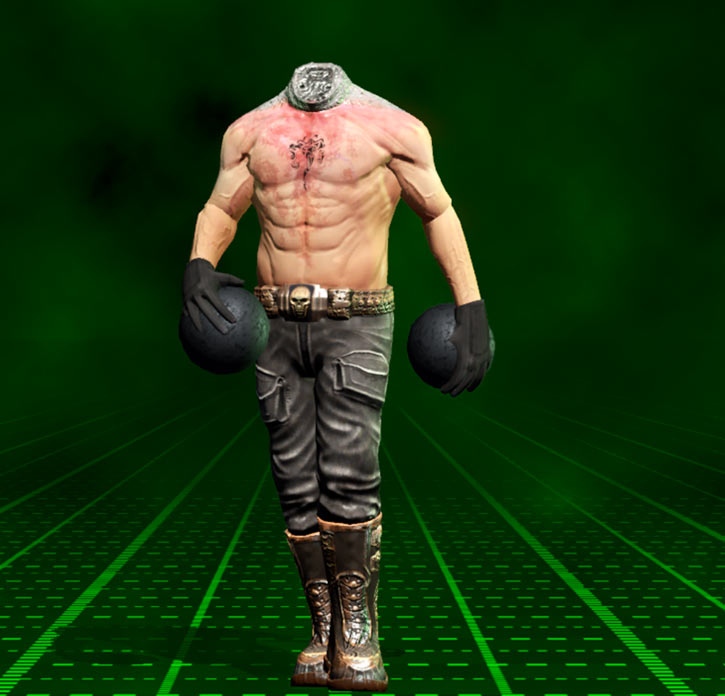 The Kamikazes’ yells are especially distinctive, as they howl continuously once they see a foe until they or their enemies are killed.

The Secret Mighty Kamikaze looked like a normal Kamikaze, other than its incredible height and the fact that it had a head of sorts. This is a raw, fleshy, roughly head-shaped mass with a pair of blue eyes located approximately where they would be on a normal head. When the Mighty Kamikaze is invisible its eyes can still be seen.

Since each of those eyes is about the size of an average human’s head, they are usually easily spotted.

Run toward enemies while howling continuously (or just stand and howl continuously in the case of the Mighty Kamikaze). Explode once within arms’ reach of an enemy.

Drawbacks:
Miscellaneous (a running Kamikaze lets out a very loud yell as it charges a target — characters trying to detect or locate a running Kamikaze get a -2CS Bonus to the OV/RV of the Perception Check), SPR (No hands), Strange Appearance.

This strange variant of the Kamikaze has only appeared once so far. It had the following adjusted/additional stats: 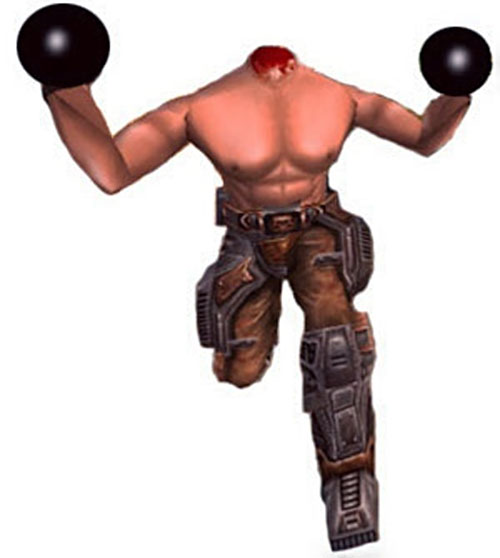 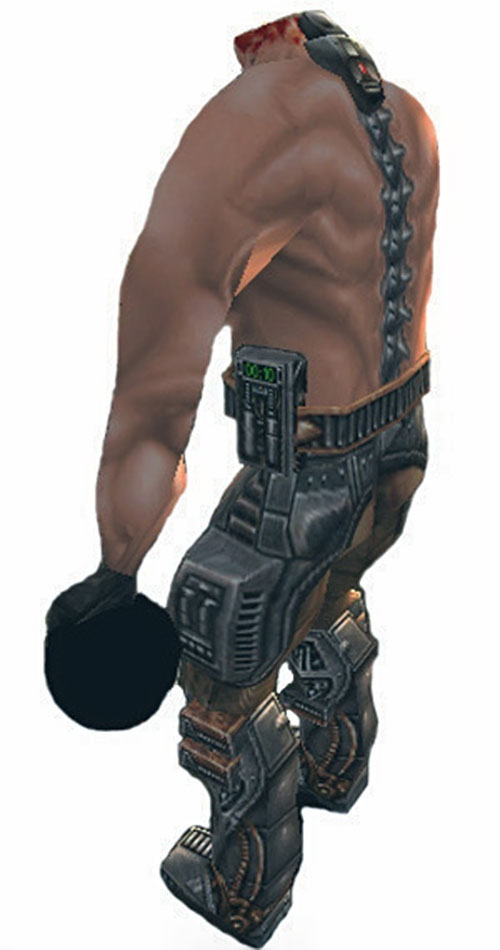 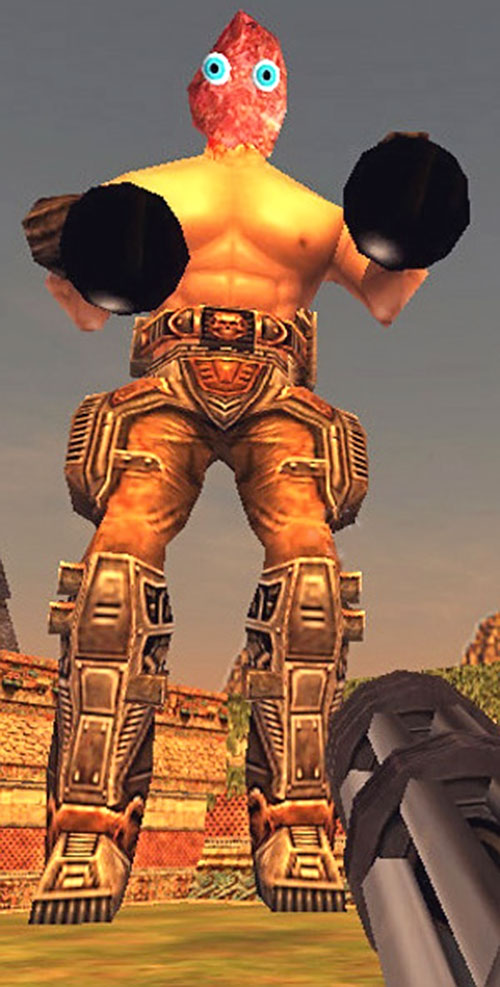