*This* Behemoth is part of a team called the Hybrid. Thus, you should first read our Pteradon character profile, which is where the context about the Hybrid is summarised.

The Hybrid are interesting – they managed to be at once reminiscent of the Doom Patrol, the classic Teen Titans and some classic versions of the X-Men. In fact they were even slated at one point for a series of their own, though that apparently fell afoul of an IP issue.

Taro Raiden is a champion sumotori . He’s also a natural mutant with enhanced stature. As is traditional, his reflexes and speed are amazing given his sheer bulk. 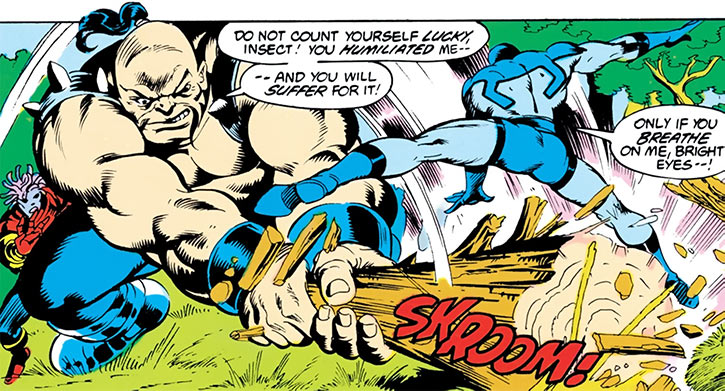 Mento further enhanced him so his strength and durability would expand far beyond their previous levels. Mr. Raiden is now strong enough to easily rip the Bug (Blue Beetle’s aircraft) open. This seems to be about “Class 60” strength.

Behemoth prefers to fight by grabbing a nearby, suitably large club – for instance a tree. He presumably finds it easier to swat human-sized targets with one.

It seems inevitable that Taro Raiden has clashed with Sonny Sumo at some point (and lost, obviously. Nobody beats Sonny Sumo).

The initial four Hybrid members had a first look (illustrated at the bottom of the column). But they later changed to a more modern look.

Behemoth looks like a giant Hun warrior . He’s almost bald, with a long top knot and a drooping moustache.

He goes bare-chested. His second costume includes a steel collar and two very heavy, spiked steel circles around his shoulders and pecs.

Behemoth is loyal toward Mento. He seems to like hurting people, killing people and wrecking stuff at his master’s command. He doesn’t like the other Hybrid members.

Generally speaking he is just a huge, murderous thug.

“I serve the master. And I will destroy any who stand in his way.”

“Whelp ! Get this through your green skull… power is not a plaything for little boys ! Watch ! This is real power !” 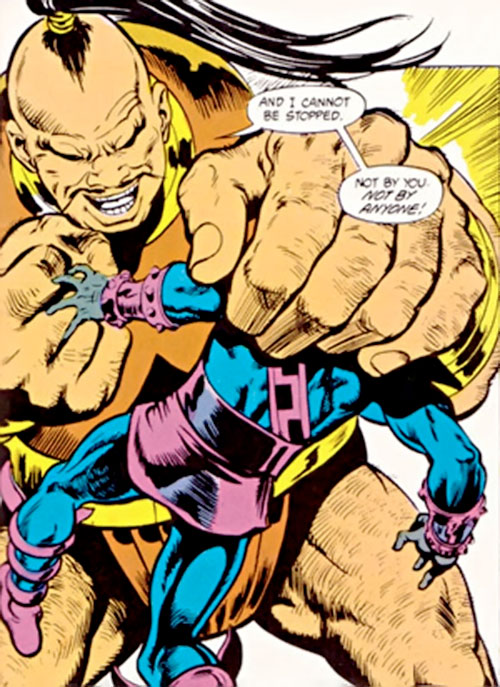 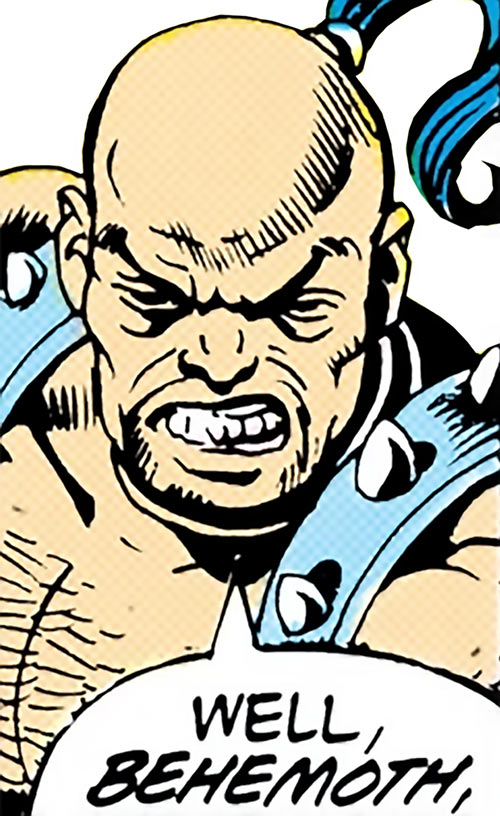 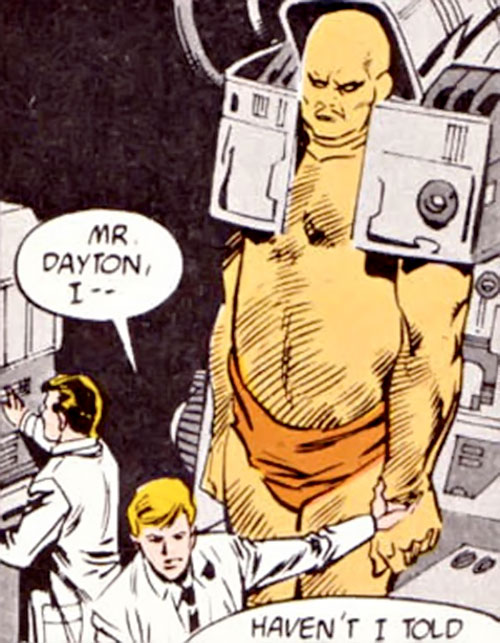