Beholders are one of the most recognisable monsters created for the Dungeons & Dragons tabletop role-playing games. They first appeared in print in 1975, because none of us ain’t getting any younger.

Thus, that somebody would wonder what sort of DC Heroes RPG stats they’d have seems inevitable.

Beholders are a mystical (or alien) race. They would most commonly be found during a “demon invasion” style scenario, or in the depths of space. It would not be uncommon to find them as bodyguards to demon lords.

They are slave holders and will almost always have several “monster” bodyguards of their own.

Beholders are solitary creatures. Being hermaphroditic they don’t even have to associate with other Beholders to reproduce – and most don’t. (Though rare ones will mate with a fellow beholder).

Only a variant beholder called a “hive mother” can force beholders to tolerate each other. Hive Mothers often create variants on standard beholders. These beholder abominations are generally only found in the vicinity of a Beholder hive.

Beholders are large (6-8 ft diameter) floating orbs. They have one large central eye, and 10 smaller eyes on eye stalks on the top of their bodies. Their skin is warty and knobbed.

They have a huge fanged mouth, and the larger ones are capable of swallowing a human.

Beholders are nasty, vile, and hate other species with a passion. Only beholders are due any consideration in life, and only beholders that look like the beholder in question. All other life forms are fit only for food or slaves. Variant Beholder types are to be destroyed.

They can be quite persuasive, if needed – unlike most warmongers, they do have a keen knowledge of how others think and feel.

In the standard DC universe, Beholders would almost certainly be a race of demons, and only encountered when summoned by sorcerers. It is possible that one might attempt to take over a group by using its powers of control/hypnotism.

They could also be yet another of the myriad number of alien races already present in the DC universe. How does the idea of a Beholder Green Lantern strike anyone ?

Non eyes-based powers:
Iron Will: 04, Full Vision: 08, Skin Armor: 02, Claws (Bite): 04,Flight: 05 (Move is 3, Flight can be subbed as OV without costing a dice action – Beholders are quite maneuverable within a small range.

Bonuses and Limitations:
Flight is Form Function, being achieved through manipulation of naturally occurring gas produced within the beholder’s body.

Eyes-Based Powers:
(Most eye beams are clearly visible to the unaided human eye.)

Skills:
Charisma: 08. Possibly other skills, depending upon the individual. 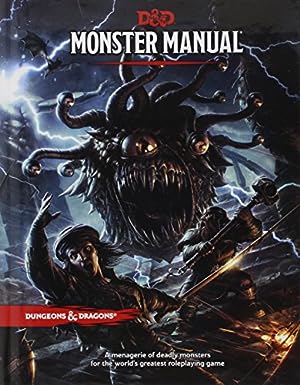