Belladonna is a talented chemist, both in the field of cosmetics and in devising nasty poisons to use against her enemies.

She also has some knowledge of engineering, enabling her to create the traditional death-traps.

Sisters Narda Ravanna and Desiree Vaughn-Pope built a combination fashion studio and cosmetics company. It quickly became one of the most profitable ones in Europe. Desiree handled the business end, while Narda oversaw the cosmetics labs.

Rival fashion designer Roderick Kingsley attempted to buy the sisters’ company. When they refused to sell, he manufactured fraudulent charges that their cosmetics were causing skin disorders. The resulting bad publicity ruined the company. In the end the ladies had no choice but to sell to Kingsley.

The loss of their company affected the two sisters differently. Desiree lost her ambition and drive, becoming a vapid libertine. Narda, on the other hand, was consumed with rage. The two came to America, ostensibly to start a new business, but Narda secretly was planning revenge.

She created the identity and weapons of Belladonna. Ravanna planned to terrorize, humiliate, and ultimately kill Kingsley. When Spider-Man (Peter Parker) interfered with her schemes, she began plotting to kill him as well.

Her henchman, the Cat Burglar (then using equipment stolen from the Prowler), lured Spider-Man into a trapped room, where she planned to leave both men to die. But Spider-Man escaped, ultimately deduced Belladonna’s identity, and captured her.

In her everyday life, Narda Ravanna is a handsome woman with short brown hair. She dresses in expensive, fashionable clothes (as one might expect from her occupation).

As Belladonna, she wears a distinctive purple trenchcoat and matching wide-brimmed hat over a black sleeveless gown and elbow-length purple gloves. A veil covers the upper half of her face, a dark blue scarf adorns her neck, and she smokes a long cigarette holder.

Belladonna is cold, calculating, and utterly ruthless. She thinks nothing of threatening innocent lives, or even her own henchmen, in her pursuit of revenge.

Despite her vicious streak, she is something of a coward. In her first confrontation with Spider-Man, she was clearly shaken and panicked, and only narrowly escaped. For the most part, she prefers to create elaborate schemes and devices, and let her henchmen do the physical labor and take the risks.

“I hope you’ll realize that this is purely personal, Spider-Man ! I just don’t like you !”

As a noir-ish femme fatale, Belladonna would be a natural opponent for Batman. 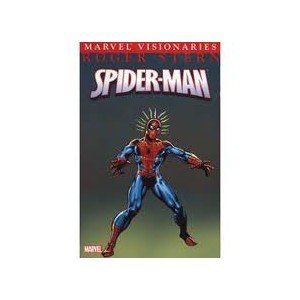 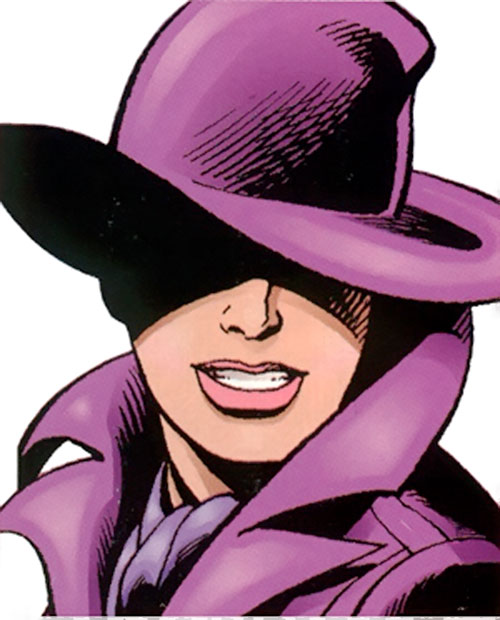