Best Tiger is a marksman and gunfighter of unerring accuracy. His ability to shoot a target, no matter the size, borders upon the superhuman. He has demonstrated this ability while in motion, in the middle of combat, with two weapons trained on two different targets. He once even shot a dozen men with a single ricocheting bullet.

Through some unknown method, Best Tiger is capable of perceiving his immediate environment at all times, even when blindfolded. He possesses almost preternatural knowledge of what’s going on about him, and is able to apply this to his marksmanship. 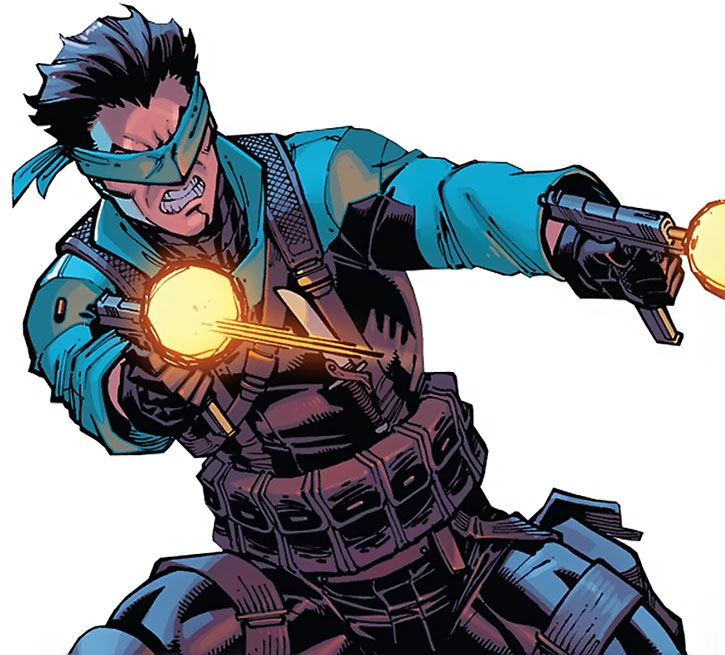 In fact, despite his assertion that he fights blindfolded in order to make the activity more “challenging,” there is no evidence that shows his skills are affected at all when he is sightless.

Several theories have been bounced around to explain this uncanny ability. One that posits that he is actually blind, and has developed his kung fu to a level that lets him operate as though he could see.

Finally, Best Tiger subconsciously employs a form of advanced systems analysis both inside and outside of combat. It allows him to make intuitive leaps in logic and choose the best course of action.

In one specific case, he was able to discern that a small dip in the rate of normal criminal activity from a particular cell of mobsters meant that they were involved in something out of the ordinary.

In another, he was able to ascertain that his teammate had been possessed by a ghost-like villain. That was based on the manner in which she shaved her armpits changed the sound she made while running at super-speed.

Best Tiger’s weapons of choice appear to be modified twin handguns, which he uses to deadly effect.

Best Tiger first came to the attention of the Guardians of the Globe when they embarked on a multi-national recruiting drive. Their hope was to create a truly multi-national team. 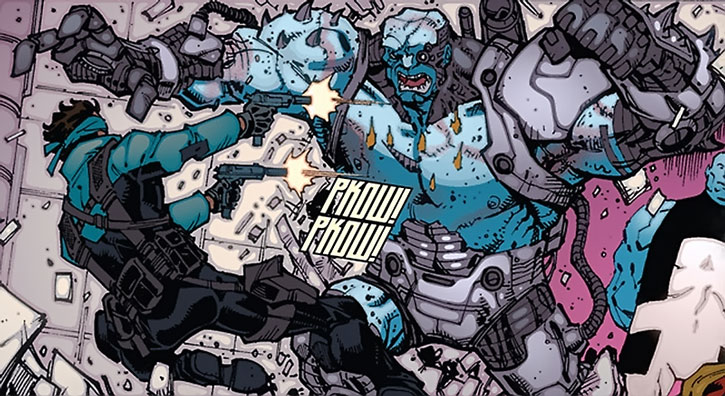 The hero Bulletproof was tasked with extending an invitation to the enigmatic gunman. It didn’t take Bulletproof long to find the Guardian’s newest recruit. When he arrived in Hong Kong Best Tiger was in the middle of decimating a large group of triad warriors.

As Bulletproof approached the pitched battle, he watched as the seemingly blind gunman disabled a dozen men with a single gunshot. The bullet that he had fired reflected off of several different surfaces and pierced each member of the triad in a non-lethal (yet extremely painful) portion of their body.

Best Tiger accepted the Guardian’s invitation, and has proven to be a valuable member since. At this point though, he has done little to nothing to reveal the origins of his gifts or even his true identity.

Best Tiger appears to be a nondescript Chinese man. He stands somewhere under six feet tall, with a slim yet muscular build. His hair is generally unkempt, and hangs relatively loosely to a length just above his shoulders. When expecting trouble, he wears his hair slicked back away from his face.

Best Tiger’s costume is a simple one. It consists of a black body suit that covers his lower extremities, a thick pair of black boots, black leather-like gloves, and a green (or sometimes blue) and black jacket to cover his chest. The jacket looks to be slightly armored and may have some bulletproof material contained within it.

Best Tiger wears an ammo belt around his waist that is covered in clips for his handguns and early Image-style pouches. He also has a thick knife strapped to the left half of his chest, and a pair of customized handguns holstered on the outsides of his legs.

Finally, whenever he expects to see any form of action, Best Tiger wears a blindfold over both of his eyes.

Best Tiger has little to no discernible personality traits. He is an intense individual that is completely focused on hunting down criminals and eradicating crime. He is always working and, in his own words, hunting. Even when he seems to be enjoying some downtime, in reality he is running through the variables and searching for his prey.

One interesting note, despite the fact that handguns are his weapon of choice, Blind Tiger doesn’t murder his foes indiscriminately. Instead, he tends to incapacitate and cripple them with uncanny precision and undeniable cruelty.

(In response to the odds favoring his foes) “Best Tiger favor Best Tiger.”

(Talking to Embrace, after proving that she had possessed the heroine Outrun)
Embrace: “How — how did you know ? No one else knew. You’re blindfolded for God’s sake !”
Best Tiger: “Armpit. When you run, wind whistles under arm, past whisker. You shave up, against grain. Outrun shave down. No whistle.”
Embrace: “Armpit whiskers ? You gotta be kidding me.”
Best Tiger: “Name not Good Tiger… Best Tiger.”

Best Tiger would have made an interesting member of Gotham’s vigilante family.

Bonuses and Limitations:
All Powers are considered Skilled Powers.

Bonuses and Limitations:
Scientist: Can only be applied to combat situations or when analyzing patterns of criminal activities.

Drawbacks:
CIA towards Fighting Blind (valued reduced to 5 pts as it does little to hinder him), Secret Identity. 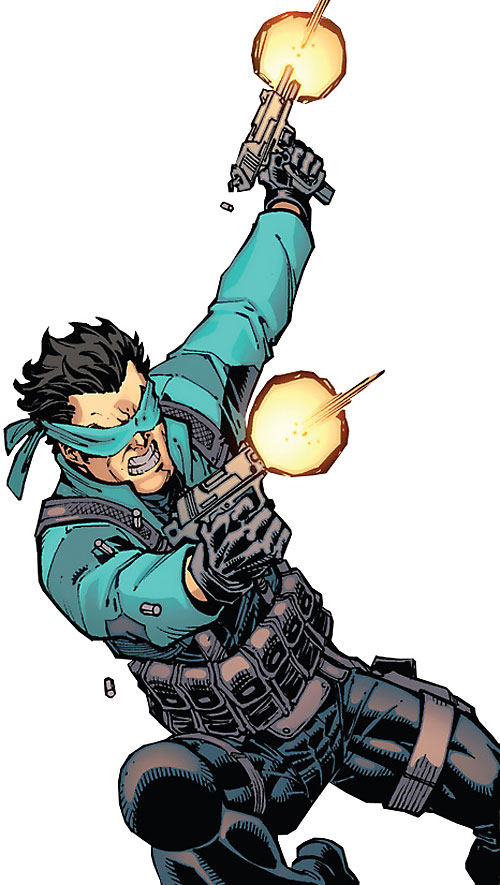 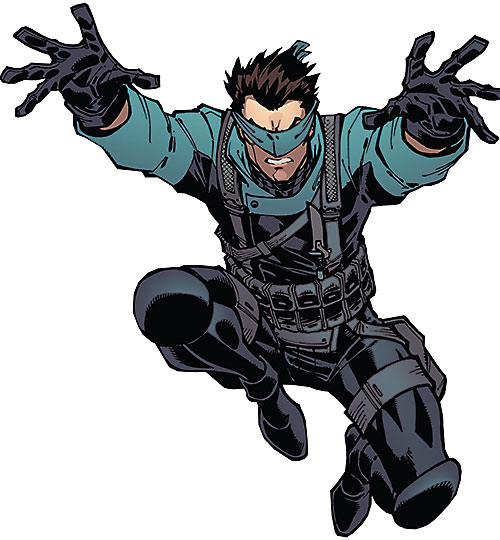 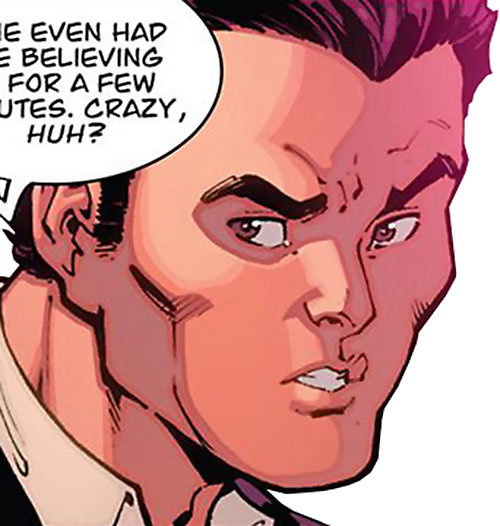