Like his colleague Beef, he joined the team in 1991. That was not too long before its demise. Thus, there is little material about him. But he has a fairly generic style and power, so he’s convenient for gamemasters.

Bevatron could project streams of lightning from his hands. Howbeit, he did not have much training with them. Bevatron later described these blasts as accelerated particles, as one would suspect based upon his code name.

Perhaps because of the wide variety of energies deployed by this attack, Bevatron’s bolts seem good at overcoming defenses. They could punch through Cannonball’s force field.

Before his death, Maréchal-Julbin obviously had no combat experience. It seems likely that he had just been recruited when the Hellions clashed with the New Warriors.

See our “base camp” article for the Hellions (Massachusetts Academy).

Bevatron seemed to be a well meaning but inexperienced youth. He was uncomfortable among his less palatable colleagues.

While he obviously was no villain material, he seemed very loyal toward the White Queen, and quickly became physically aggressive when she was threatened. This loyalty may have been telepathically induced.

All of this was gone as a techno-organic revenant, and he acted as brutally as his colleague Beef.

Bonuses and Limitations:
Lightning has no AV component (0 or -1, depending on your house rules).

As a techno-organic revenant, Bevatron evidenced much better accuracy with his blasts – Accuracy (Lightning): 05. The Sharpness also rose to 05. For other changes, see the Hellions article.

* Without Defensive Roll.
** With uniform.

As a techno-organic revenant, Bevatron had 4 more Ranks in his Ranged Combat Skill, and his Damage Effect rose by 2 Ranks (both Ranged and Penetrating like the previous Ranks). For other changes, see the Hellions article. 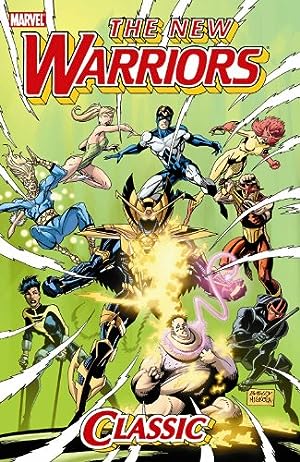 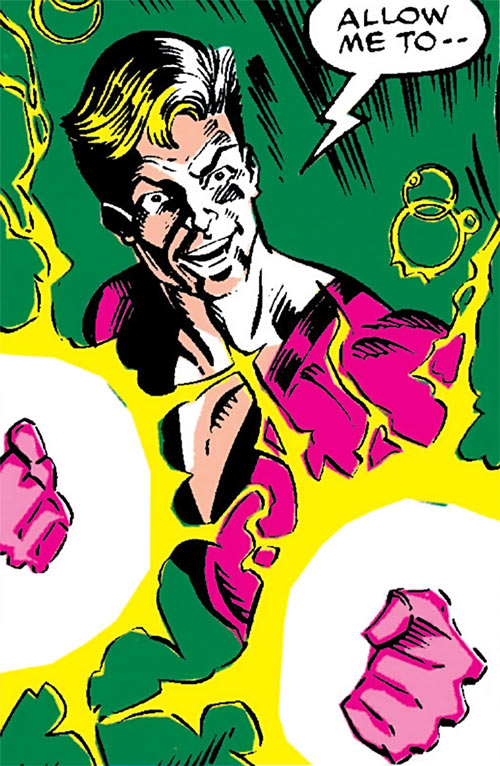