Bia is extremely strong, but has only limited durability to damage.

She relies heavily on sheer physical power, and has no real combat training to fall back on.

Bia, classical Greek for Force, is partners with Zelus and Kratos.

Sheriff Molly Savoy recognised them as the beings that haunted her childhood dreams, 30 years previously. They also recognised her. They work for an unidentified individual, who brainwashes other metahumans to become the new Nike, and lead the team.

They first came into conflict with Sovereign Seven when Cascade was transformed into Nike. She then led them in trying to open an enormous set of doors in another dimension . Sovereign Seven overcame them and freed Cascade, but lost track of them when a large dam burst, flooding the area.

They again clashed when Sovereign Seven tried to free Power Girl, who had been transformed into Nike. When she was freed, Bia, Zelus and Kratos disappeared.

Bia is arrogant, supremely confident that her sheer power will see her through any situation. She does not tolerate others disobeying her will.

“Your so-called wit will be the death of you, boy ! There is nothing for you here. The prize you seek is lost to you forever !” 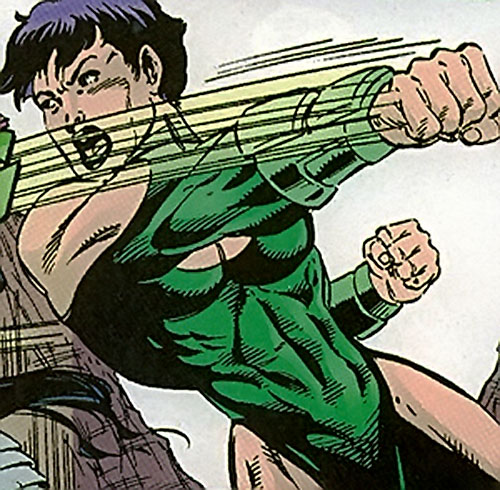 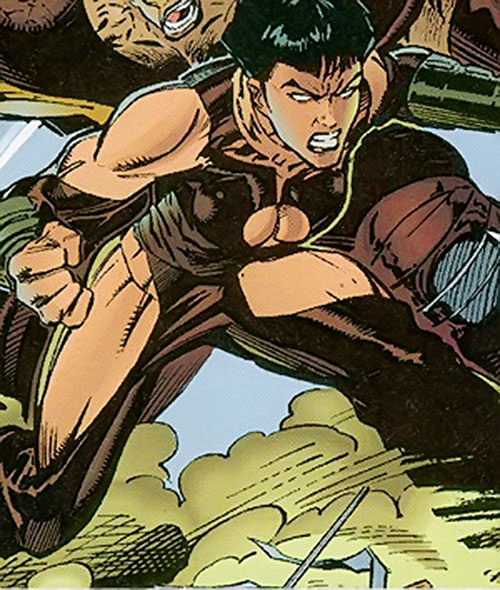