Vader is a skilled fighter. He also possesses far more speed and acrobatic skill than anyone should expect from a 450+ lb. man. For instance, Vader has been known to attack his opponents from an elevated position by performing a backflip “moonsault” to bring his full weight down on them.

He has an exceptionally high level of superhuman strength and is immune to most physical damage. On the other hand, he seems to be susceptible to poison, diseases, and energy-based attacks. That said, even the most devastating of blows stands little chance of killing him.

Vader wears a harness-like mask on his head. It provides an extremely high level of protection against psionic attacks. It adds to his Juggernautical (like my new word?) nature.

His youth was spent as something of a delinquent. He was in and out of juvenile homes throughout his teens.

Leon found a route to acceptance through football, something at which he excelled. It was the only place where people *wanted* him to break things.

Leon spent five years playing tackle for the Los Angeles Rams. This is when it was discovered that his strength was neither natural, nor safe for the other players to compete against. White had been causing an average of two serious injuries per game. He was barred from playing football and was left without direction.

Less than an hour after his dismissal from the Rams, White was fielding offers from dozens of unscrupulous people looking to capitalize on his superhuman talents. White struck out on his own, trying to build a reputation as an enforcer.

Calling himself “Bull Power”, Leon had several violent encounters with “The Lariat” Stan Hansen and his partner, Bruiser Brody while working for some of their competition in organized crime.

Neither side came out a clear winner, but Hansen and White reached a level of mutual respect. They stayed clear of each other to avoid the personal loss that another such encounter might cause.

Eventually, the money of working on the international scale helped draw the newly dubbed “Big Van Vader” out of the U.S. (and a losing feud with the crimefighter, Sting) and into the employ of Sudanese terrorist, Abdullah the Butcher. The job ended when Vader was unable to kill Abdullah’s enemy, Cactus Jack.

Abdullah escaped the scene of the ambush on Jack while Vader was tried in an international court and jailed in Europe. He spent the next year as the whipping boy of the prison’s superhuman head guard, Otto Wanz.

In 1995, Stan Hansen reentered Vader’s life. Looking to hire Vader as a new partner under Yakuza boss Giant Baba, Hansen helped engineer Vader’s escape from prison. As Hansen waited in a helicopter, Vader gained his vengeance on Wanz, tearing the Austrian guard’s head off with his bare hands.

Hansen and Vader worked for Baba in Japan until Baba’s death. Then Vader decided to return to the United State. He is there now, currently a hermit in the Colorado Rockies, assessing his career possibilities and staying out of trouble.

Vader is a tall, bulky man with his hair cut into two strips along the top of his head (dueling mohawks). He wears a black and red, sleeveless costume, fingerless black gloves, and a mask that someone looks like they wrapped their athletic supporter around his head.

Vader is matter-of-fact in his knowledge of his skills and strength. He knows that he is a monster, bordering on being unstoppable. As he was once quoted “I just slapped you. If I hit you with a closed fist, I draw my hand away covered in your blood. No two ways about it.”

When fighting, he lives up to his nicknames (“Baby Bull” and “Bull Power”). He is the proverbial “bull in a china shop.” It doesn’t matter if you’re over 6 ft. tall and capable of bench-pressing a Chevy truck – You’re still the “china shop.”

He fits well into the international mercenary scene seen during the last two years or so of the Suicide Squad. See my Cactus Jack write-up for further information on that suggestion.

Bonuses and Limitations:
Invulnerability does not work against damage inflicted by Poisons or Diseases. 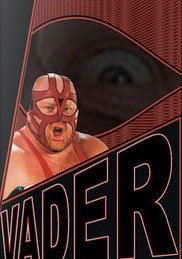 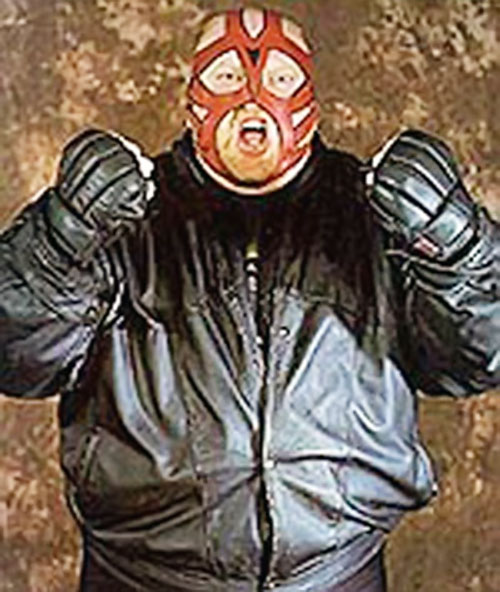 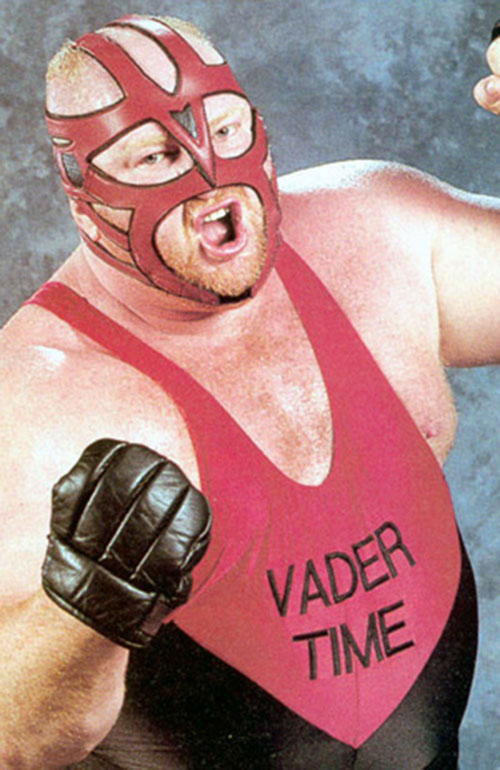