Bigfoots are large and powerful animals compared to humans (in DC Heroes RPG terms, STR, Growth), though not generally what is considered “superhuman”. They are exceedingly heavy for their size (Density Increase). Being covered with hair are resistant to cold temperatures and the environmental conditions in which they are usually found (Cold Immunity).

They are known to move incredibly quickly (Running) and quietly when they wish (Obscure, Thief (Stealth)). They have outstanding physical senses, and, seemingly mostly nocturnal, are able to see very well at night. They also have been, according to some reports, able to resist gunfire to some extent (Skin Armor).

Strangely, although they use almost no technology themselves, other than rocks or sticks, they seem to be able to recognize human technology quite easily. Thus, they avoid trail cams, video recorders, and most photography equipment as a matter of course.

It has been theorized that they also can see into the infrared spectrum as they seem to evade IR night vision gear rather easily.

As might be expected of an entire race of an unknown humanoid primate, the Bigfoot varies widely in size, weight, coloration, hair length, and individual behaviors.

Its feet are of course the most usually described feature, as often footprints are discovered where the animal itself is not seen. Vaguely humanlike, they are distinctive mostly in their size, from 16 to 21 inches in length and very broad compared to human feet.

There is evidence of a very flexible nature relative to human feet, with a mid-tarsal hinge that makes the foot flex while pushing off, creating distinct features to (un-hoaxed) footprints.

Bigfoot is generally thought to be shy and retiring, very skittish of human contact. Most reports of humans encountering Bigfoots demonstrate that it usually immediately leaves the area once it becomes aware of a human presence.

However, certain reports also imply that they are very curious in regards human activities. They have been known to spend hours in quiet observation of humans, especially children at play.

Once discovered, they quietly fade into the concealing woods. Several reports describe Bigfoots following humans, believing themselves unobserved, darting from tree to tree and leaning out to “peek” at the ones they are watching.

They are known to wander into human camping sites at night, investigate things quietly, and then leave without disturbing anyone.

There have been encounters that describe them acting in a hostile manner. But mostly this is limited to remaining concealed and throwing sticks or rocks, or shaking brush and breaking limbs. Or roaring loudly to frighten off the intruding human.

There are exceedingly few reports of actual attacks on humans. And these are usually limited to humans who have actually injured or attacked one of them.

They are known to be intolerant of loud, aggressive animals like dogs. There are reports of bigfoots actually killing them, especially large dogs such as German shepherds, Doberman pinschers, or Rottweilers. It is much more likely though, based on reports, that they frighten most dogs into cowering or hiding when they are near.

Occasionally a member of the tribe either becomes lost in our world or goes bad and intentionally comes here to wreak havoc. Various (usually mystically oriented) heroes have encountered them.

Bigfoot apparently exists in the DC Animated Universe. In the Justice League Unlimited episode Fearful Symmetry, a large poster of the Bigfoot from the Patterson-Gimlin film (see illos) features in the Question’s diagrams of the worldwide conspiracy that he is obsessively investigating…

It would be interesting to investigate exactly how a Bigfoot figures into “The” Conspiracy.

Sasquatches apparently already exist in the Marvel Universe, but as a much larger, stronger, more aggressive species. It would not be hard to insert this version; possibly they are sub-species of each other.

The version seen on Harry and the Hendersons had STR 08 and Thief (Stealth): 08. He was entirely a vegetarian and very peaceful in nature.

Mostly this would be used as a foil for PCs to protect and try to get back to his safe habitat when it inadvertently wanders into a populated suburb or is captured by ruthless scientists.

According to the Texas Bigfoot Research Conservancy, the typical Northwestern Bigfoot “wears Birkenstocks and listens to the (Grateful) Dead… While Texas Bigfoots wear combat boots, listens to AC/DC and will rip your f***ing head off.”.

Mostly its a matter of personality and tactics. But apparently the Southern Bigfoots, found in Texas, Louisiana, and other deep South states, are less likely to fade away when confronted and much more likely to be hostile. Southern Bigfoots have Martial Artist: 06 and an MIA toward Scaring the Hell Out of People.

The “Skunk Ape” of the Florida/Gulf Coast area are generally smaller than other types, having no Growth Power. But they are famed for their incredibly foul Odor. They might actually have Chemical Attack: 02, and presumably are even easier to track than common Bigfoots, so that their Attack Vulnerability to Being Tracked is -2 CS.

The tribes of Native Americans across North America tell tales of the Sasquatch as being a Guardian totemic animal as much spirit as temporal, physical being. It walks the spaces between the worlds of Gods and Men, seemingly a little of both, like a ghost walking between Life and Death.

Such a being has Self Link Spirit Travel: 08, Invisibility: 06, Possibly Speak with Dead: 10, and Connections among the Ancestral Spirits of the tribe he is associated with and with the tribal Gods and Totems (Particularly Raven and Coyote). Usually it will also have SIA: Protecting his Associated Tribe, but such spirit Men are easily offended and have an MIA to Offerings of Tribute.

Certain encounters with Bigfoots involve UFOs. Stranger than most encounters, such Bigfoots often have three-toed footprints instead of the usual five-toed variety, and exhibit such strange behaviours as Teleportation: 04 (Only when Attacked), Flash (Steady illumination only): 02, and Air Walking: 03.

Apparently a race that exists outside reality, but occasionally wanders into our reality and back out again.

Such creatures might actually speak to the ones they encounter, sometimes have various Telepathic Powers (Telepathy: 05, Empathy: 08, Mind Probe: 06, or Mental Illusion: 09), often have Dispersal: 08, and, of course, Dimension Travel: 02.

A more “animalistic” version of the Standard Bigfoot, which seems to be of near-human intelligence, the Gigantopithecus is a decendant of primal giant apes from Prehistoric China. They have lower Mental and Mystic Stats, more in keeping with animals than NPCs. 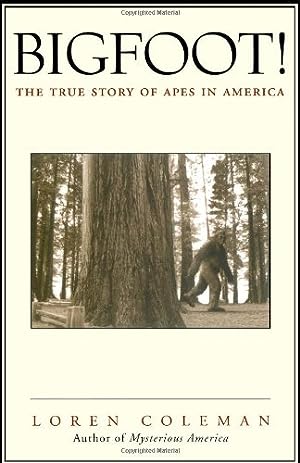 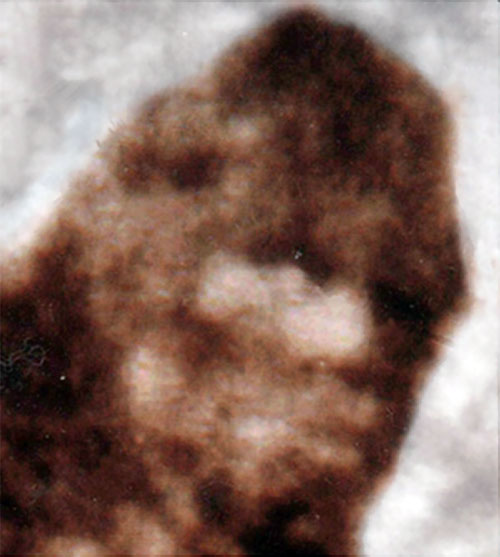 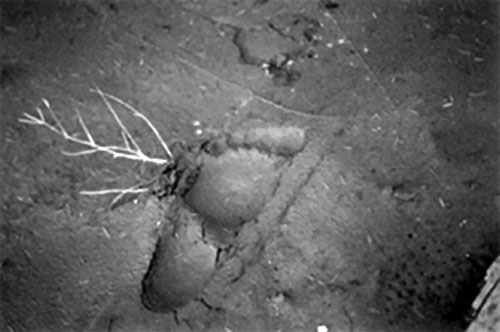