The Greatest American Hero was a 1981-1982 super-hero comedy TV show. The hero was given a super-powered red costume, but lost the instruction booklet. Bill Maxwell is one of his close allies.

I only had detailed notes through the first season of the show, so this is not a full profile.

Maxwell is an experienced FBI field agent and combat veteran. Though he has been highly successful in the field, his unwillingness to deal with office politics has resulted in him having much less influence and respect within the Bureau than he would like.

Due to his lengthy, wide-ranging career as a government agent, many of the “scenarios” Bill and Ralph went through involved people Bill had known from previous exploits both foreign and domestic. Hence the Omni-Connection.

Bill Maxwell’s history is one of service to his country. After a tour in the US Army during the Korean War, Maxwell became an agent for the FBI. In keeping with his military service he tended to focus on foreign agents and government traitors, though he also pursued numerous organized criminals.

When a group of aliens gave schoolteacher Ralph Hinkley a suit that provided superpowers, they also tapped Maxwell to be his partner. His knowledge of criminal activity in the area and experience as a law enforcement officer aided their partnership greatly.

Still, Maxwell’s single-minded obsession with chasing “bad guys” sometimes caused conflicts with Ralph’s broader view of how the suit could be used for good.

When Ralph passed the suit on to Holly Hathaway, Bill continued on as her partner.

Bill is a simple all-American boy grown up into a stubborn old man. He lives to serve his country, follows football and baseball religiously, enjoys fly-fishing on the weekends, and takes great satisfaction in stopping the bad guys.

Maxwell has little respect for liberal causes such as environmentalism and defendants’ rights, though he considers the advocates for such things as well-meaning but naive rather than holding them in contempt.

He is somewhat sexist as well, though this is focused mostly on the idea of women doing “men’s work” such as law enforcement in the field. By contrast, Bill admitted that he respected Pam Davidson both personally and professionally even though her work defending accused criminals in court sometimes annoyed him. He quickly came to consider Pam as much of a friend and partner as he did Ralph.

For the most part, Bill has no social life to speak of. Though he pursues a few hobbies, most of his free time is spent following up on FBI cases off the clock. Even his occasional vacations with Ralph and Pam turned out to be ruses to investigate events outside his normal jurisdiction.

Bill still takes pride in his army service as well, judging by the many army souvenirs throughout his apartment. These include a helmet, model tanks, a large US flag mounted on the wall, and a (presumably deactivated) bazooka.

When Ralph got the suit, Bill saw it mostly as an opportunity to put away criminals and foreign agents he would normally be unable to reach. He looked at Ralph’s uses of the suit for social issues with mild disdain, comparing it to Einstein running numbers or Michelangelo doing ceilings — in short, great talent wasted on trivialities.

“I cannot believe how this scenario is going down !”

“Whaddya want, hats and horns for doing the right thing ? How long is your tour of duty this week, before you go belly-up on me ?”

Bill: “You’re harboring a fugitive ! You and Ralph have any idea what kind of risks you’re taking for this punk ?”
Pam: “What happened to the presumption of innocence ?”
Bill: “Oh, don’t give me that garbage !”

Bill: “Ralph, you really did it to me didn’t you ? He did it, didn’t he ? You picked a skirt !”
Pam: “He picked a *woman*.”
Bill: “Ohhh ! It’s bad enough you wouldn’t fight for your old pal Maxwell to get the suit, that’s…that’s hard enough to swallow. Now you got me paired up with Nancy Drew ?!”

Bill: “Textbook calls it a militant aggression center with a bad contingency profile.”
Holly: “What ? I don’t get it.”
Bill: “A bar full of goons with one door.”

“He’s a real nice guy, you’re gonna like him a lot, but he’s got funny ideas. He wants to save trees and whales and junk like that.”

Maxwell could be brought in either with Ralph or on his own as a curmudgeonly federal agent. His background might need some updating depending on the time setting of the campaign.

His Martial Artist Skill may be unnecessary (his Physical Attributes are arguably enough to cover his demonstrated performance) but it still seemed appropriate for the character. 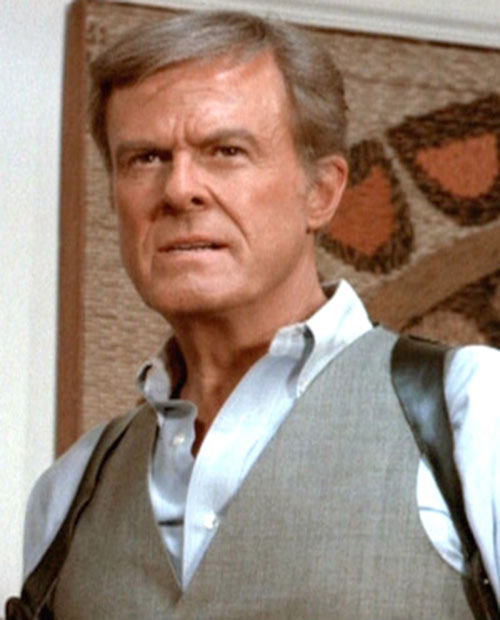 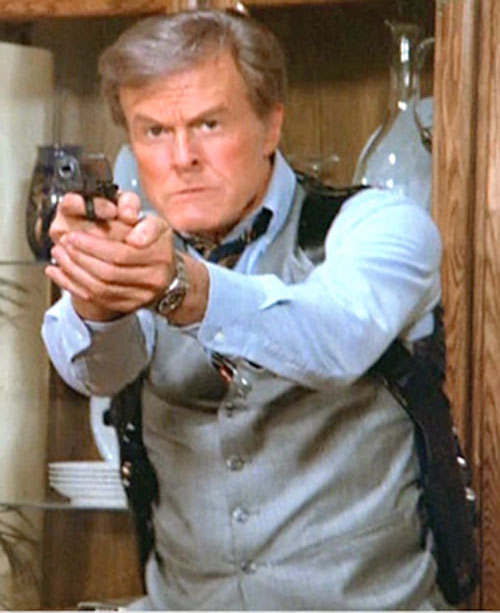 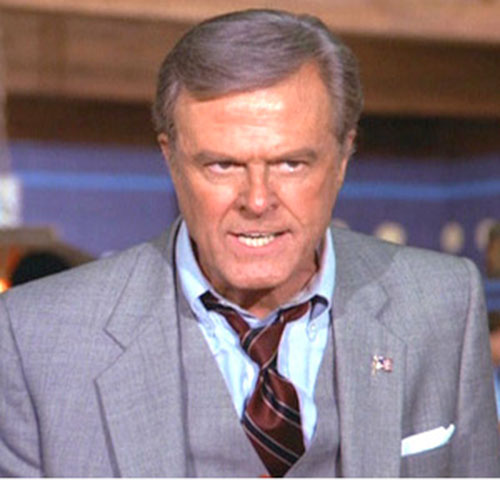 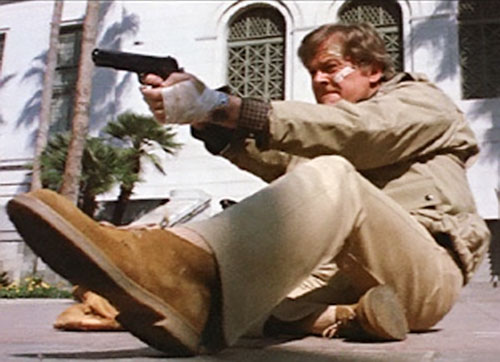 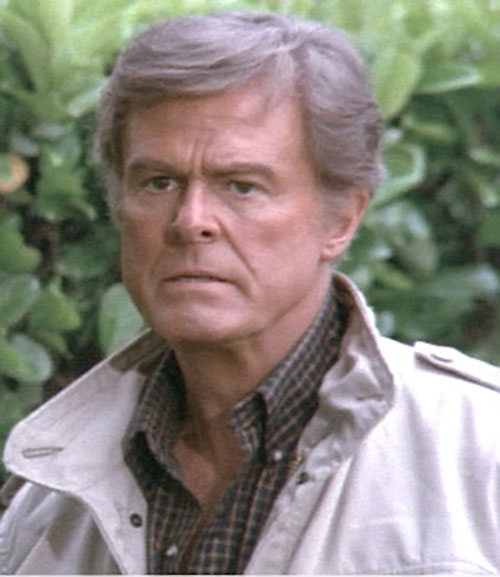