An expert in the bo staff and three-sectioned staff, Billy’s cool moves have most often served legendary criminal mastermind Geese Howard. He has served as Geese’s right-hand man on many occasions.

As with most of our SNK writeups, this isn’t a full-featured profile but a stab at his DC Heroes RPG stats.

Billy uses staff and three-piece-rod fighting techniques in combat, as well as the occasional bit of pole-vaulting. He can use energy to set his weapon on fire for additional damage.

Billy is a British punk and dresses the part. He wears a leather jacket with the no smoking symbol on the back, no shirt underneath and a colorful bandana. He’s usually scowling most of the time as well. 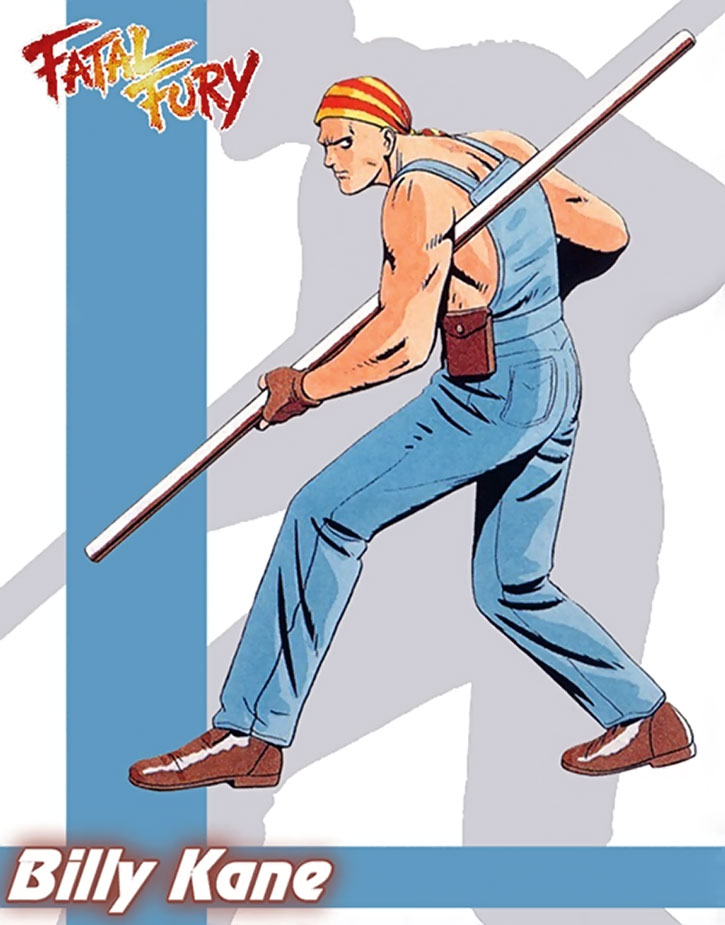 Up until very recent events (King of Fighters: Maximum Impact 2) his younger sister Lilly Kane was a Dependent, but later proved that she could hold her own in a fight by taking up the same art of the three sectioned staff, and thus was a Dependent no longer. 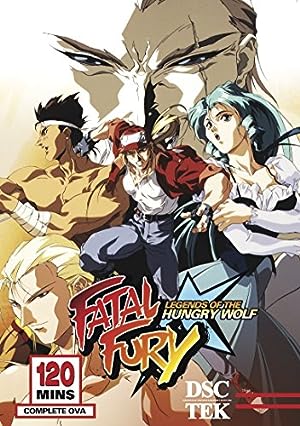 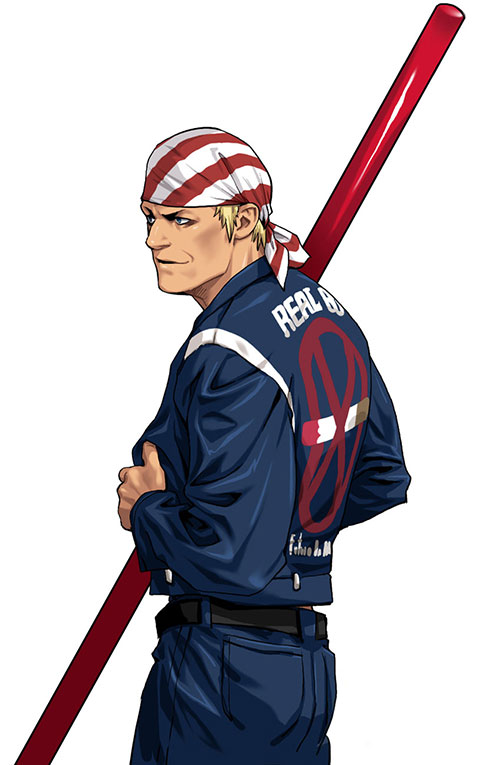 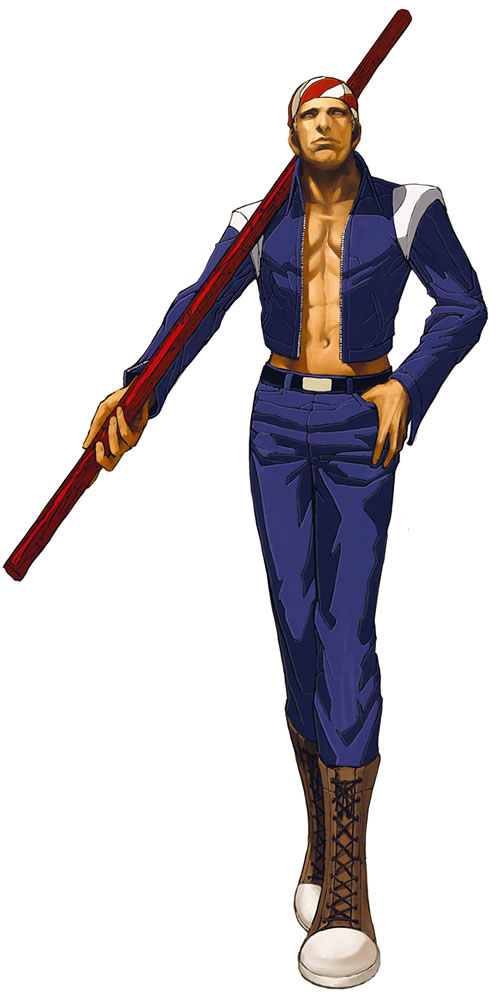