Birdie is a gigantic man. He was very successful as both a pro wrestler and a bouncer. He’s also a career criminal who was good enough to be noticed by Shadaloo.

Despite the fact that he’s an uneducated thug he’s considerably smarter and more articulate than he looks.

Birdie was a thug who got tired of wrestling. He joined the Street Fighter 1 tournament in order to find strong opponents. 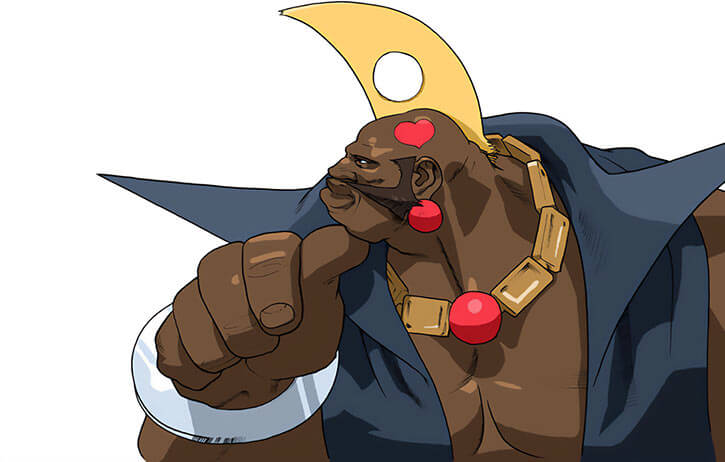 Well, Birdie was still bored. He wanted to reach the big time of crime, now! He heard of a recently unveiled organization named Shadaloo, and wanted in on it. He finally managed to catch Shadaloo’s attention and get in.

Once he was in he managed to sneak into a Shadaloo data room and discover something. Unknown to him, however, M. Bison was watching when he did it.

Birdie was a member of Shadaloo, but as a mere henchman. His daily life became dull, and so he gathered information to overthrow Bison. Soon, he found the keyword “Psycho Drive.” He most likely, spent SFZ3 looking for the psycho drive.

However, Shadaloo caught onto him, and Balrog was sent to terminate him. Birdie, in a desperate attempt to buy some time, told Balrog about the psycho drive. Then he offered to lead Balrog to it. 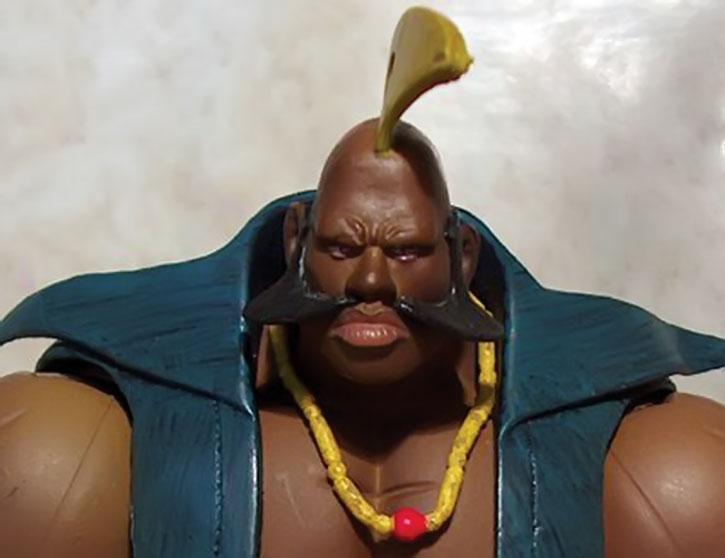 However, Birdie himself still plotted. Once he found the psycho drive, he would use its power to become strong enough to destroy both Balrog and Bison.

Unfortunately, Balrog was an idiot. Birdie, having a very incompetent partner, was never able to find the psycho drive before Nash blew it up.

Probably stayed a member of Shadaloo until it finally fell after SF2. After that, he probably went back to being a regular thug, again. Either that or he’s in jail. Hard to tell.

Birdie is a huge hulking English punk. He has a blond high maintenance Mohawk and a black mustache and goatee.

He typically wears biker leathers and complete with biker boots and a sleeveless leather vest that he wears open.

He also has some pretty heavy chains wrapped around both wrists that he manages to use quite effectively in fights.

Birdie’s a street thug sure enough, and while he may have a nasty temper, he still a thug with some ambition and is likely competent enough to lead his own gang of criminals. As with most criminals he has little regard for morality and only wants to move on to bigger and brighter things regardless of the legalities. 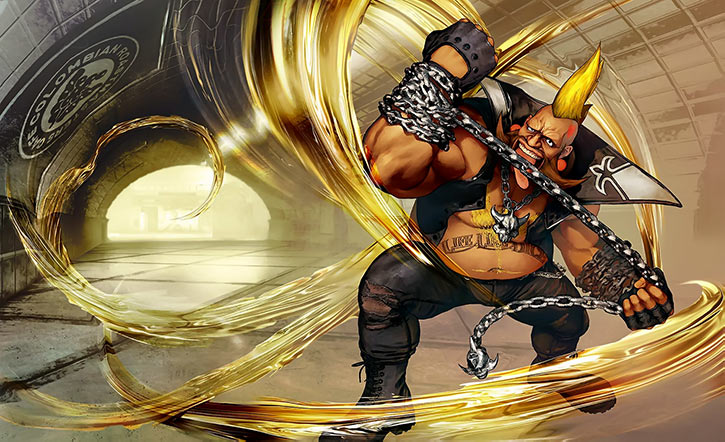 “What ! This weakling is Shadoloo ? That rumored narcotics syndicate ?! I, being this world’s strongest bouncer, should be getting all money with such weaklings and their huge wallets ! Unforgivable ! If I get serious, I believe money and fame will soon follow. It’s settled, farewell to this life ! From here on, will be the reign of Lord Birdie !”

Thug: “You’re quite insistent !! Come forth or leave !”
Birdie: “Shadoloo ? You mean that rumored narcotics syndicate ? So what of it, I’m in a bad mood today ! What ? You’ll take me on as my opponent you say ? What, with this guy hassling me, I should broaden my reach !!”

Bartender: “What Birdie, are you not in an awfully good mood ?”
Birdie: “Pops, today a party will be held for Lord Birdie’s new start ! Everyone, it’s my treat of course. Rave until the morning !”
Crowd: (cheers) 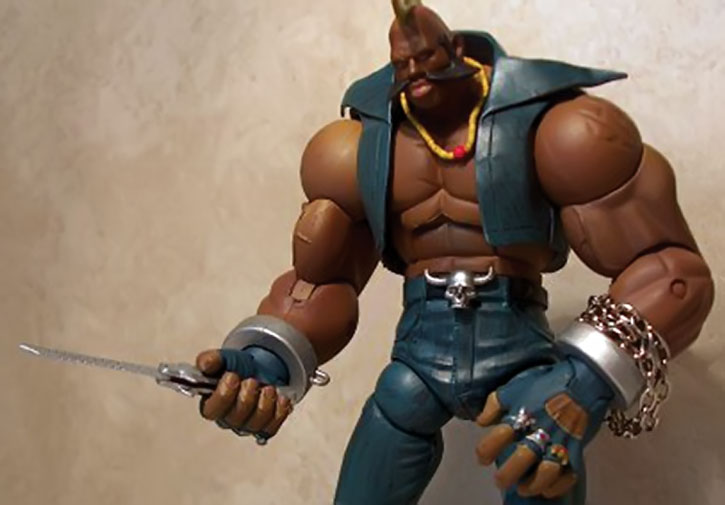 Birdie (after the party is over): “I’ll leave this to you as the bill to my successful career ! Later, as a farewell gift I’ll be taking the register’s money !”

Birdie (after being short changed on his wages): “Hey hey, don’t be joking ! You’re not even the least bit sorry !? Now, at the beginning contract, did you really write it off ? You spent my wages on booze, didn’cha ?”
Bar owner: “Psh ! Damn it you !”
Thug: “Yo ! Are you, really that punk rascal they call Birdie !? Had you not noticed this place, would you have stopped doing it completely ? Your wrestling, was great for sufficient fame wasn’t it ?” (laughs)
Birdie (grabs the thug): “Get out right now !!” (floors a group of thugs)
Birdie (to the bar owner): “The cost of repairs — pull it out of your retirement allowance. You don’t need my help, good-bye !”

Birdie could probably be dropped in as is. He’s probably best used in low to mid-level street campaigns and could prove a decent opponent were he to lead his own criminal organization. 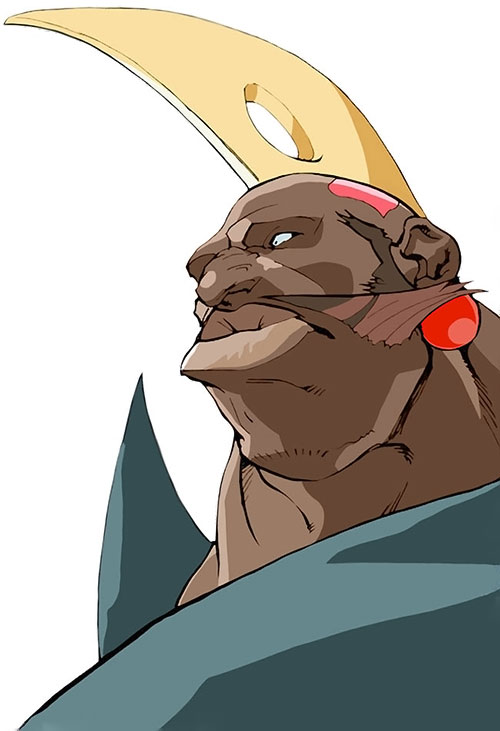 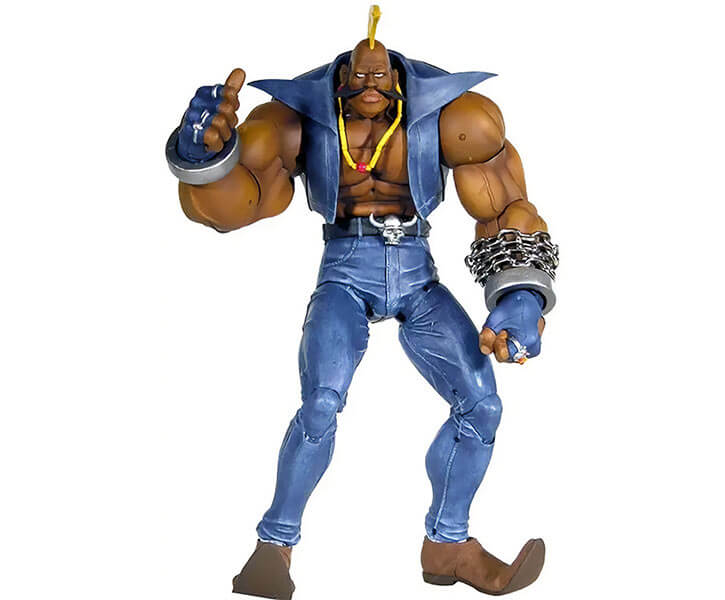 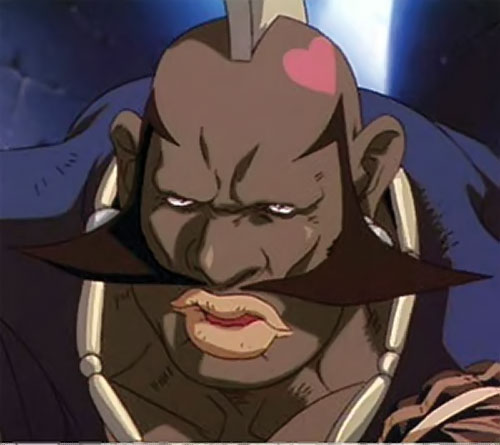