Bishop appears in the second Alien movie, Aliens, in 1986. This is the one that is half-military sci-fi, half-horde horror.

He also doubles as a good template for a futuristic but low-flash synthesoid .

Bishop is an android, a robot that appears to be a human being. As is standard for androids of his type, he has physical abilities greater than that of a human.

He is also programmed with various skills relating to his role as science officer and technical support for a USCMC squad. These skills include knowledge in various disciplines such as biology and engineering as well as vehicle operations.

In the future, androids, also known as synthetics, have become commonplace in human society. They are mostly used as support personnel in places where skilled labor is at a premium. These androids can be quickly programmed with whatever necessary skills are demanded.

Synthetics are particularly favored for sealed environments. Their lessened life-support requirements make them more valuable there than a human assistant with similar skills.

Synthetics do have some intuitive ability, though not at the level of human beings. This is not considered a serious drawback, however. Their primary function is to take on rote tasks and thus free humans for more critical work. Indeed, some argue that lessened intuition serves a valuable role in keeping synthetics from getting off-task.

In the era of the xenomorph incident on LV-426, one of the most acclaimed scientists in the field of synthetics was Bishop II, following in the footsteps of his father. Bishop II’s most successful line of synthetics was built in his own image. Appropriately enough, that series of synthetics was named Bishop. There are many Bishop-model synthetics in active service. 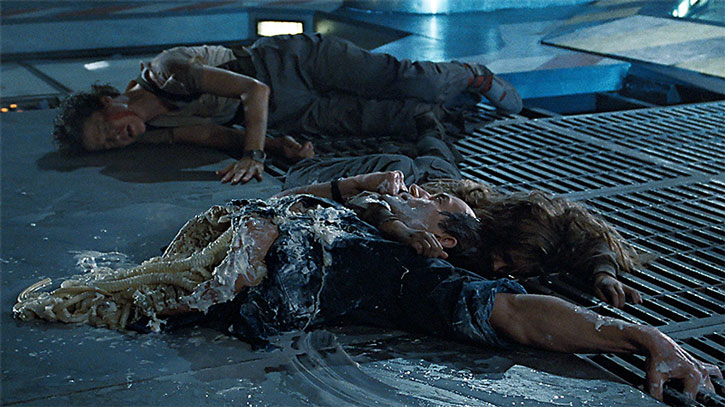 The best known of the Bishop series, serial number 341-B, started service assigned to the U.S.S. Sulaco. He was support personnel for the USCMC squad aboard that vessel. Bishop accompanied the Sulaco’s Colonial Marine squad to the surface of LV-426 to investigate the xenomorph infestation at Hadley’s Hope.

Bishop was instrumental in the escape of the surviving marines. After the loss of the first dropship to the xenomorphs, Bishop remote-piloted the second dropship to the surface and evacuated the remaining troops.

Unknown to the crew, two facehuggers had been brought back to the Sulaco. An accident occurred and the crew’s hypersleep pods were ejected in an EEV (Emergency Escape Vehicle). The EEV crash-landed on Fiorina-161, and Bishop was torn apart in the crash.

Ripley later pieced together some components to bring Bishop back to minimal function. He thus was able to read the EEV logs and determine what had happened. Bishop 341-B then asked to be terminated, as his damage was far too severe to be repaired to operational status.

Bishop’s creator, Bishop II, arrived on Fiorina-161 soon afterward. Weyland-Yutani had ordered him to retrieve any available samples of the xenomorph lifeform. Despite his familiar face, Ripley was not swayed by his appeals. She attacked Bishop II, breaking free long enough to throw herself into a vat of molten steel, destroying the xenomorph inside her body with her final act.

In an alternate timeline, the Sulaco successfully returned to Anchorpoint station, carrying xenomorphs onboard. Bishop, working alongside Hicks, the sole surviving Colonial Marine from the Sulaco, provided invaluable assistance in the evacuation of Anchorpoint and the destruction of said station to halt the xenomorph infestation. (Walter Gibson’s Alien 3 script).

The Bishop synthetic follows the standard for androids, with a bland, non-threatening appearance. They all look like an unassuming Caucasian male in his 40s with a high forehead and fine brown hair.

Bishop is polite and soft-spoken, even somewhat shy. He is in his natural environment when engaging in scientific analysis, that being the primary task for which he was designed.

Bishop 341-B has been in service long enough to develop slight signs of a personality, in this case a dry sense of humor. Using it was usually accompanied by a slight grin (little more than the lifting of the corner of his mouth).

“Believe me, I’d prefer not to go. I may be synthetic, but I’m not stupid.”

“I prefer the term artificial person myself.”

“That could never happen now with our behavioral inhibitors. It is impossible for me to harm, or, by omission of action, allow to be harmed, a human being.”

“I hurt. Do me a favor. Disconnect me. I could be reworked, but I’ll never be top of the line again. I’d rather be nothing.”

(From the William Gibson Alien 3 script, when Bishop, upon learning the extent of the xenomorph infestation on Anchorpoint, suggests destroying the station immediately without taking time to evacuate it:
Hicks: “I thought you were programmed to protect human life.”
Bishop: “I’m taking the long view.”)

Synthetics could be Weyland-Yutani’s competition with Brande Industries’ Blues in the 30th Century, if one is using the Bierbaum LSH.

Drawbacks:
CIA (Protect humans), Miscellaneous (Limited intuition — synthetics are not as well-developed in intuitive thinking as humans are; as a result, tasks requiring creativity suffer a +1CS to OV/RV). 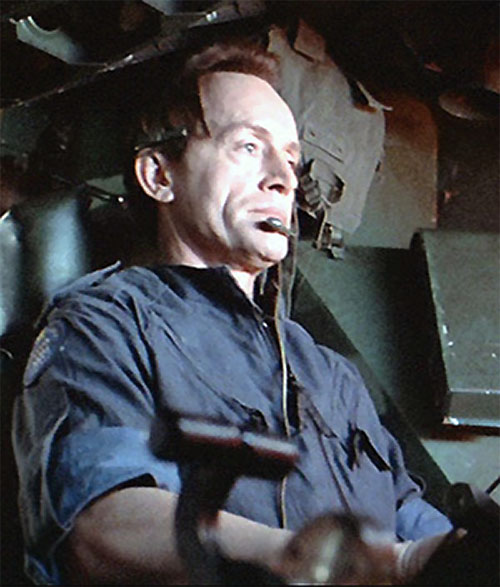 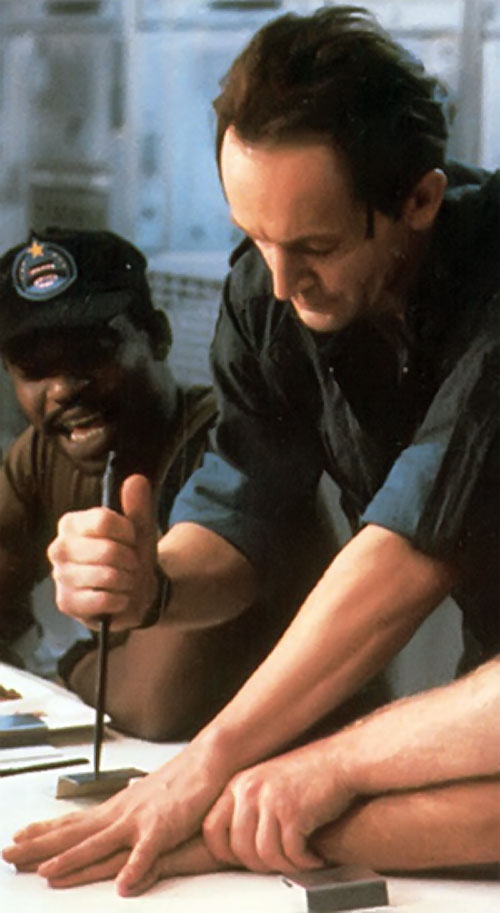 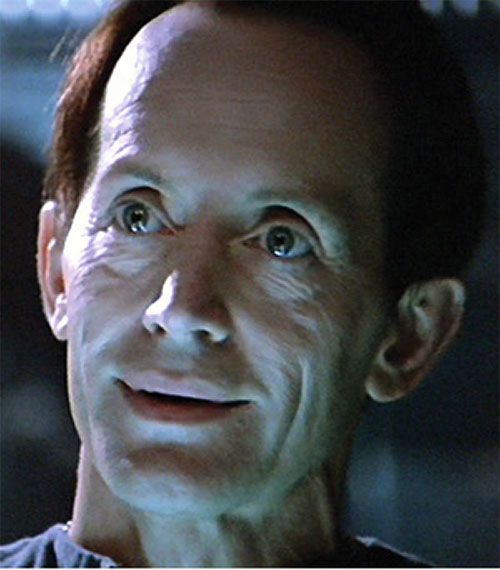