These guys appear in a Jack Kirby’s Sandman storyline for DC Comics, during the mid-1970s. Reading the character profile for the Sandman (Dr. Garett Sanford) first would be a good idea to understand the context. But it’s not indispensable.

They aren’t quite named in the story. So we made up a name based on the first distinctive words used to describe them. Hence the quote marks around the name, you see ?

These are somewhat advanced space aliens, with spacehips and rayguns. Like many Silver Age  comic aliens, the logic they employ seems sub-optimal.

For instance, to get rid of a crowd of nightmare demons, they dropped an energy cage (looking very much like a transparent plastic dome) to trap them all. Rather than arclight them to bits with fission bombs.

The conquest-prone aliens do not sleep at all and have no concept of sleeping, dreaming, etc. On the other hand they were curiously ineffectual once deprived of their C.O. . Our game stats assume that they tend not to know what to do without proper orders.

They did not seem to be anything special in terms of strength, durability, speed, accuracy, etc..

In 1975, the inhabitants of a “bizarre alien-dimensional world rotating somewhere in the vastness of hyper-space” found a new way to attack Earth. While they considered this planet to be ripe for conquest, they lacked the technology to reach it quickly enough for an invasion. Thus, they had been looking for alternatives.

An eccentric alien scientist studying humans through “laser-beam photographs” discovered the existence of sleep and dreams. Then, he established that humans dreamt in another dimension.

Unlike Earth, this dimension could easily be reached by their ships. Thus, the scientist proposed that they invade the minds of humans as they dreamt. Then they could destroy humans from within with fission bombs.

The plan was deemed ingenious by the Secretary of State and General Quark. As you can guess, a fleet of Swan-Crafts was scrambled.

They’ll be in your dreams

First, the invaders captured the nightmare demons and the Nightmare Wizard, to prevent them from interfering. The subsequent surprise attack worked fine. When the protector of dreams, the Sandman (Dr. Garett Sanford) came to investigate he was also captured by General Quark.

The Nightmare Wizard and the Sandman temporarily allied. This allow the Sandman to conjure his young friend from Earth, Jed Paulsen. Paulsen was also ambushed by General Quark, but he distracted him with his yo-yo and knocked him out.

The Sandman shattered the dome imprisoning the nightmare demons with his Hypnosonic Whistle. Without their General to command them the aliens were soon beaten back by the natives and forced to retreat.

Back in 1975, these events were meant to be in continuity. Then, a 1982 story referenced these as having occurred on Earth-1.

However, in 1989, the events around Jed Paulsen were retconned into having been a dream. See our Sandman (Dr. Garrett Sandford) profile for more about that. ”Jed Paulsen” was actually whom a boy on DC Earth, Jed Walker, dreamt that he was.

Transposed to the post-1989 context, this story could still exist. It would become an alien invasion of the Dreaming — the domain of Dream of the Endless — during the Lord Shaper’s captivity at Roderick Burgess’s hands.

In the original story the events occur whilst Glob and Brute have left the Dream Dome for a while to visit relatives back home, so the retcons result in very few changes to the 1975 story.

Space aliens are rather un-Dreaming-like. But one could always hypothesise that the “invasion” was actually a dream that an alien psychic was having.

Strange aliens with weird logic, no understanding of sleep and dreams, and who were puzzled by the concept of houses. The rest of the events did not convey much of a sense of alien-ness, though.

Apparently they either liked conquest, or wanted/needed an inhabitable planet such as Earth.

Connections:
Within their species.

Drawbacks:
MIA toward falling in disarray without a proper chain of command.

The stats are also about 90% guesswork since we don’t really see them in action (though we have an idea of what they don’t do, which is important). 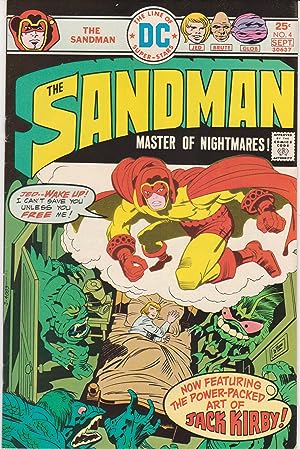 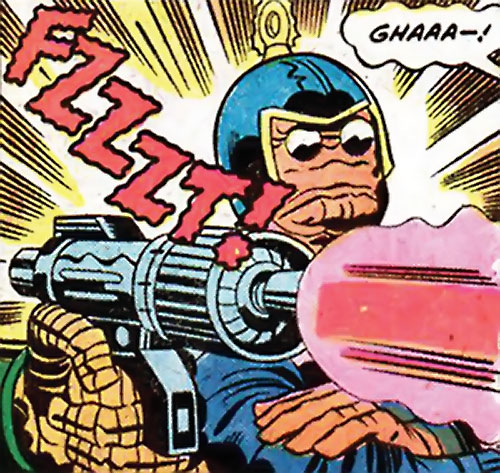