Black Belt Jones was a 1974 blaxploitation kung-fu flick. It starred Jim Kelly, who had recently impressed movie-goers in Bruce Lee’ Enter the Dragon.

Mr. Kelly never became a big star, because the world sucks. But he lives on in our hearts.

Besides the obvious martial arts skills celebrated in Jones’ nickname, he also has excellent intrusion skills. Jones is capable of planning a break-in into a heavily guarded facility in broad daylight.

Billy Jones grew up in Watts, one of the worst sections of LA. He and some of his friends were saved from the streets by Papa Byrd, who established a karate school that gave them focus and self-discipline. As Jones grew up he became one of the top teachers in the school. He was determined that none of his students should have to do the things he did to survive as a young man.

As his incredible fighting skill became neighborhood knowledge, Billy quickly became known as Black Belt Jones. He was considered a hero in the community.

The man for the job

Jones developed considerable skill at intrusion. So much so that various law enforcement organizations considered him a valuable consultant on jobs no one else could accomplish. His skills obtained enough notoriety that he was sometimes hired as a bodyguard to visiting foreign dignitaries.

(Though nothing was mentioned, 70s action film and blaxploitation tradition dictates that he developed his skill in ’Nam.)

Black Belt Jones’ most famous exploit involved the powerful mobster Don Stefano. Stefano wanted the land on which Byrd’s Karate School was located. Stefano had a local underling by the name of Pinky try to extort the school from Papa Byrd. Pinky’s gang got their asses kicked by Papa Byrd and his students when they showed up at the school.

Pinky’s gang tried breaking in at night only to find Black belt Jones waiting for them. Jones’ had one of his fellow teachers turn the lights on and off while Jones moved in the darkness. He unloaded on the gangsters one by one when the lights came on.

Pinky later cornered Papa Byrd outside the school and accidentally killed him while they were trying to “convince” him to sell the school.

After Byrd’s death, his estranged daughter Sydney came to Los Angeles for the funeral. Her skills were on par with Jones’s and she teamed up with Jones to take down the gang that killed her father. When Pinky kidnapped one of Jones’s students for leverage, Jones got the money Pinky demanded by staging a break-in on Don Stefano’s estate.

He used his FBI connections to get the necessary intel and equipment. Jones then recruited some students (including a group of teenage trampoline artists) and got the dough in a daring daylight raid. He then gave Pinky the money and called the Don, telling him that Pinky stole the money to pay off the Don and was going to give him his own money back.

Thinking that his enemies would kill each other, Jones took all of his students to MacDonalds to celebrate.

The don strikes back

While Jones and the gang were slammin’ down Big Macs, Pinky and Don Stefano’s major domo Big Tuna met. Big Tuna confronted Pinky about Pinky’s apparent duplicity. Pinky pointed out that none of his men where in good enough shape to engage in the acrobatics that were witnessed during the raid. They realized Jones had tricked them.

Infuriated, Stefano and Pinky gathered their men together and attacked Jones’ home. Jones and Sydney escaped and led the chasing mob convoy into a car wash. Jones beat the thugs into submission individually and in small groups as they stumbled out of the car wash. Meanwhile, Sydney dumped the beaten felons into the back of a garbage truck.

Jones then delivered the whole gang to the police in said garbage truck.

Black Belt Jones is a tall, slim Black man with excellent muscular definition. He sports a proud afro and the latest in hip polyester blends.

When committing a break-in, he usually wears a black outfit with a ski mask. His afro puffs it up so much that it looks like the Leader from The Incredible Hulk in a ninja suit.

Jones is a cool cat. No matter what’s going down, Jones is relaxed and totally confident.

Even when he’s seriously concerned about something, he keeps a light mood.

Roberts: “I lost three of my best men in there. Now, I’m asking you as a favor…”
Jones: “Bullshit. You’re asking me to be the fourth. Why don’t you get the cats upstairs to make-believe it’s a ghetto, send a couple of tanks and blast it down ?”

Jones (while sparring with Sydney): “I’m gonna make you sweat one way… then the other.”

As a group of thugs breaks into Byrd’s Karate School at night, Jones strikes from the darkness :
Thug: “Who da fuck hit me ?!”
Jones (in a deep scary voice): “BATMAN, MOTHERFUCKER.”

If you want to drop Black Belt Jones into a DCU city, put him in Metropolis’s Suicide Slum. That would keep the same iconoclastic Los Angeles atmosphere of a bad neighborhood in an affluent city. Since one of Jones’ jobs was assisting as an athletic trainer, he could have mentored a young Black Lightning (Jefferson Pierce).

Given the above quote, Batman might have sent the various Robins to Black Belt Jones for training in intrusion skills and martial arts as applied to the mean streets.

If you’re in a full-on 70s blaxploitation mood, Jones might have worked with Shaft in ’Nam. Shaft’s martial arts skills had improved noticeably by the third movie, so perhaps he was getting ongoing training from Jones. 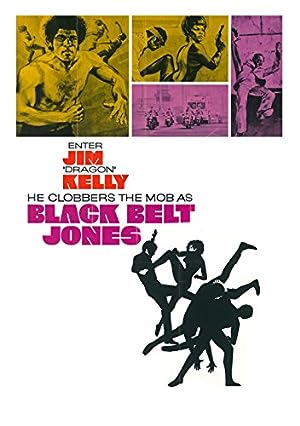 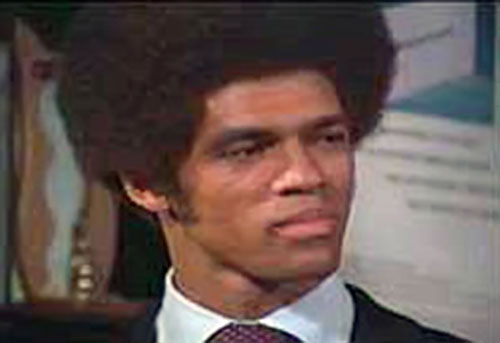 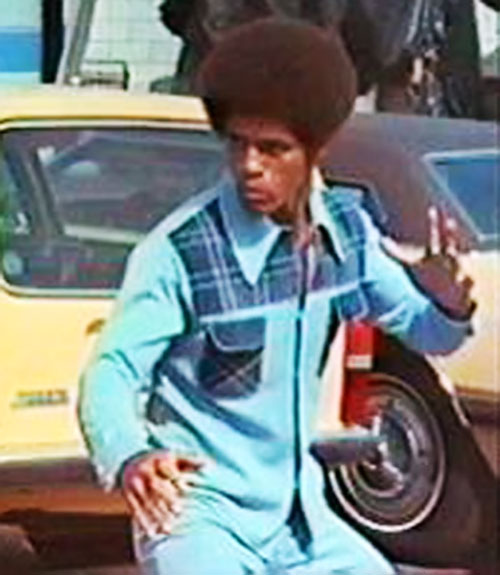 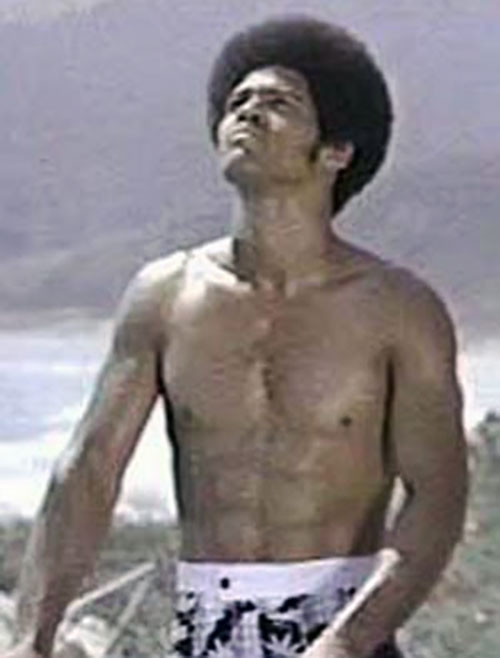