The ancient mystical talisman of the Bison Cult, worn as a medallion around John Ravenhair’s neck, allows the spirit of his shaman great-grandfather to gain possession of his body. This medallion also grants Black Bison the power to animate inanimate objects and control the elements of nature. For instance, it allows him to summon great winds and storms at will.

Black Bison apparently directs these powers through the wooden coup stick he carries. It is an Indian symbol of great authority. For a time, Black Bison also wielded a tribal shield.

An excellent physical specimen, Black Bison is also a skilled hand-to-hand combatant. When possessed, he uses ancient Indian forms of the martial arts to great advantage.

An American Indian totally assimilated in the White Man’s World, John Ravenhair was given an necklace talisman by his great-grandfather. This man had once been the shaman of the legendary Bison Cult.

When his great-grandfather was slain by muggers, Ravenhair found himself possessed by the old man’s spirit, which granted him super-powers. As a result, he set forth to avenge the white man’s many injustices against his people.

Several months later, Ravenhair was once again seduced into becoming Black Bison, this time by the shape-shifting Indian sorceress known as the Silver Deer. It took the combined powers of Firestorm and Firehawk to stop them.

Compiled by Sébastien Andrivet (using the First Edition and Who’s Who). 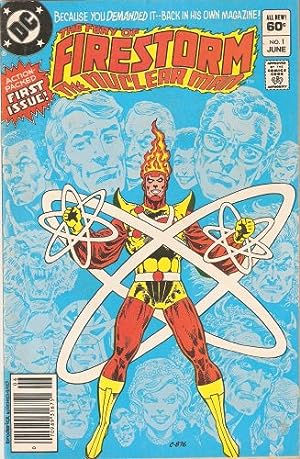