This profile is part of a chronological series. Check our Guide to Black Canary character profiles on Writeups.org to have the correct reading order !

As the 1970s start, Black Canary joins the Justice League. Here’s a capable character joining DC Comics’ flagship super-team, so you’d expect this era to be one of her high points.

However, she’s the least powerful, most vulnerable Justice Leaguer. In most JLA stories her only role is to be pretty, passive and ineffective. And/or be rescued by the guys. 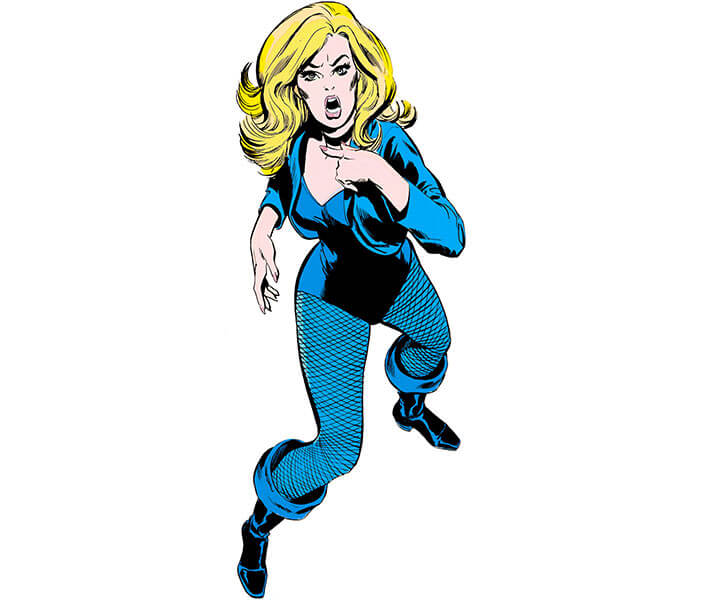 Sonics, thank you for the facts from A to Z

Canary’s powers are seldom used. They also tend to be different every time. Here’s what she does :

The serinus with the plus (part 1)

Dinah is a capable EMT or paramedic. She likely can do fracture reduction, staunching, ACLS  , respiratory assistance and intubation, etc..

She also could function as a stopgap GP and paediatrician, though she presumably doesn’t have full qualifications as such.

She could help Speedy (Roy Harper) go cold turkey from heroin. This *may* means that she could monitor a medical treatment involving methadone (Subutex didn’t exist yet).

She has experience with metahuman medicine. Dinah once used a drinking straw to improvise “mouth”-to-mouth resuscitation on a wounded, shrunken Atom (Ray Palmer).

During this era, her medical skills are seldom showcased. It’s just something she happens to do. As if it were some menial skill she learned from the Girl Scouts. And in this genre of story some first aid and a bandage will always suffice. 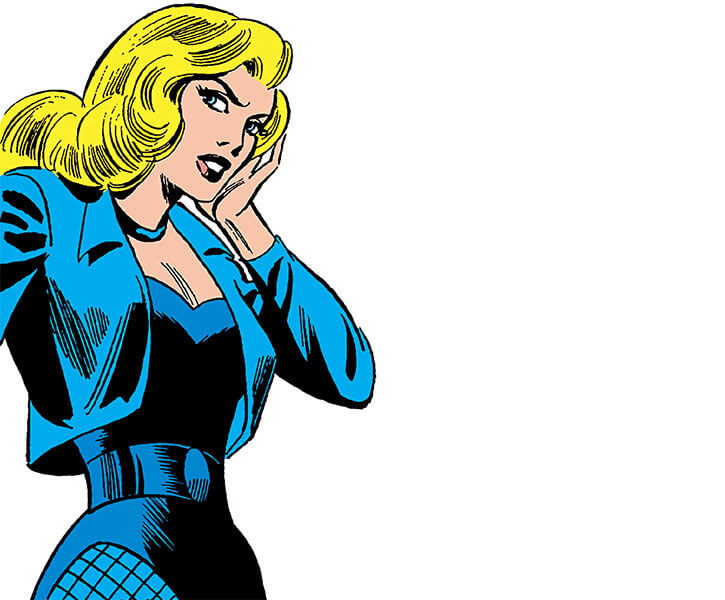 The serinus with the plus (part 2)

Either Dinah speaks serviceable Spanish, or random guerrilleros in Latin America speak okay English. In a 1970s comics, both are equally plausible.

Ms. Lance could teach physical education classes. However, back then, the requirements were minimal. Demonstrating knowledge of sports and first aid likely sufficed.

She is capable of conducting undercover work. But not at an experienced, pro level.

In 1976, we discover that she’s also a helicopter pilot. Since we also see her flying Wonder Woman’s invisible plane, it may be Diana who taught her piloting.

The serinus with the plus (part 3)

Black Canary is one of the most experienced operators for the JLA’s satellite systems, particularly the teleporter.

Earth-1’s Superman (Clark Kent) once speed-builds a motorcycle for Black Canary. The shape is reminiscent of a WWII BMW R71, so I suppose Supes built an Indian 841  or a Harley-Davidson WLA. She often operates with it.

(I’d err toward the Indian, given the way she once rams her bike through wooden beams. Because of the crash bars.)

We once see her use a mini-radio in her choker to communicate with the League’s satellite. It seems to require a signal amplifier built into her bike, which would also explain why she only uses it once.

In 1976, Black Canary could self-hypnotise within moments, thanks to her martial arts training. She did this to trick herself into perceiving Luthor as being Green Arrow (Oliver Queen).

(In DC Heroes RPG terms, she maxed her OV/RV against Luthor’s hypno-ray. Then came up with a nonsensical rationale as to how she could resist his mental control.)

Let’s have some PG&E doing a funky gospel. It’s a fitting song, it was cool, and it certainly *sounds* like 1970.

Superman (Clark Kent) wanted Black Canary to join the League. However, Hawkman opposed this, arguing that she lacked raw power.

The latter created evil doubles of all present. This demoralised the Leaguers, but Superman remotivated them. They then defeated and reabsorbed their evil doubles.

From Society to League

Green Arrow had just lost his fortune. But he was also coming to grips with his identity and his mission as a hero. He and Black Canary hung out together.

Though Dinah hadn’t officially joined the JLA, she fruitlessly trained to control her newfound sonic powers. Nevertheless, her shockwave proved instrumental in defeating the Joker after he manipulated Snapper Carr into betraying the Justice League.

In 1970, Black Canary formally joined the Justice League. This took place shortly after the League moved to its brand new satellite headquarters.

(This was during Wonder Woman’s “mod karate” era, when she was on leave from the League. Thus, the Smurfette principle  could remain in effect.)

As a league member, Black Canary participated in such adventures as :

Inevitably, the Canary investigated Earth-1’s Larry Lance. He was a shady P.I. in Gotham City.

Dinah approached him undercover, as a client. As Lance looked and sounded just like her late husband, she fell hard for him.

Batman warned her that something seemed amiss with Lance. But he was clumsy about it, and Drake-Lance wouldn’t listen due to love and grief.

Furthermore, Lance was a skilled seducer and manipulator, who rapidly realised he held sway over his “client”. 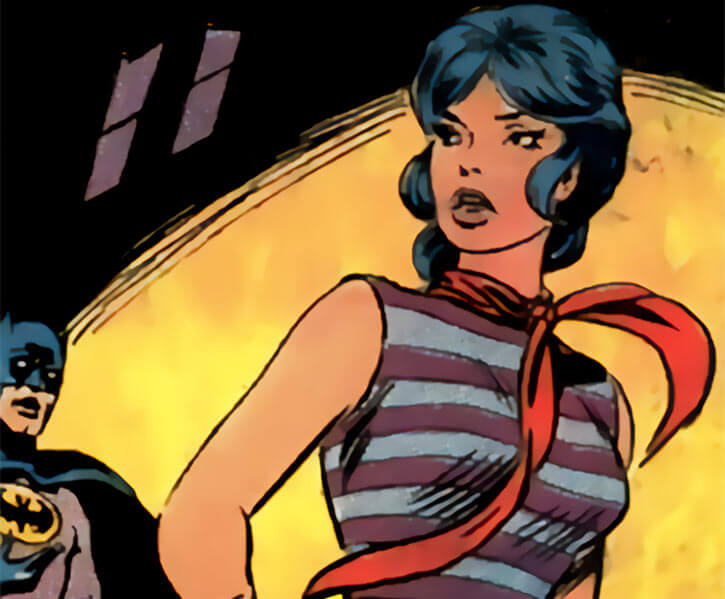 Canary even agreed to daze Batman to prevent him from arresting elite mobster the Collector. This way Larry could arrest the Collector, earn the sizable bounty, and he and Dinah could live together.

But as Batman suspected, Larry Lance was the Collector. He tried to murder Batman after Dinah stunned him.

The furious Canary gave chase on her bike, allowing Batman to catch Lance. In the brawl, the Collector accidentally and fatally stabbed himself.

(This story — by Bob Haney  — is an oddity. Black Canary is treated seriously, she uses her canary cry in a form that won’t exist in other stories for years, part of the story is hers and she has a character arc, she’s as capable and dynamic as she was during the 1960s, etc..)

During that span, Green Arrow wished to date Black Canary. Though she wasn’t opposed to this, she put it off for months as she struggled with her grief.

She then took a vacation to join Green Arrow and Green Lantern (Hal Jordan), who also were on a leave.

Near Mount Rainier, she beat back a bike gang. But one then rammed her from behind, knocking her out.

She was rescued by cult leader Joshua. He used his hypnotic gaze to force her to join his flock. He was training these mesmerised folks to wage a race war.

Green Arrow and Green Lantern had been staying with a Native community (perhaps the Nisqually  ). They moved on, but Black Canary stayed to recover on her own.

During this span she provided medical services to the impoverished reservation.

She also helped in a brawl between the locals and thugs trying to steal the reservation’s lumber.

This article continues in its second half !

I have some leftovers from the older format for this entry. I should throw them away, but today ain’t no good day to make any sort of decision. 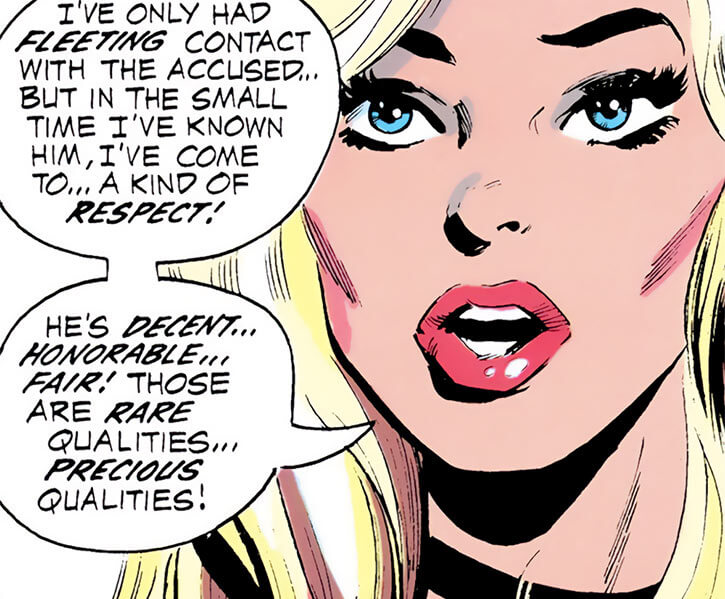 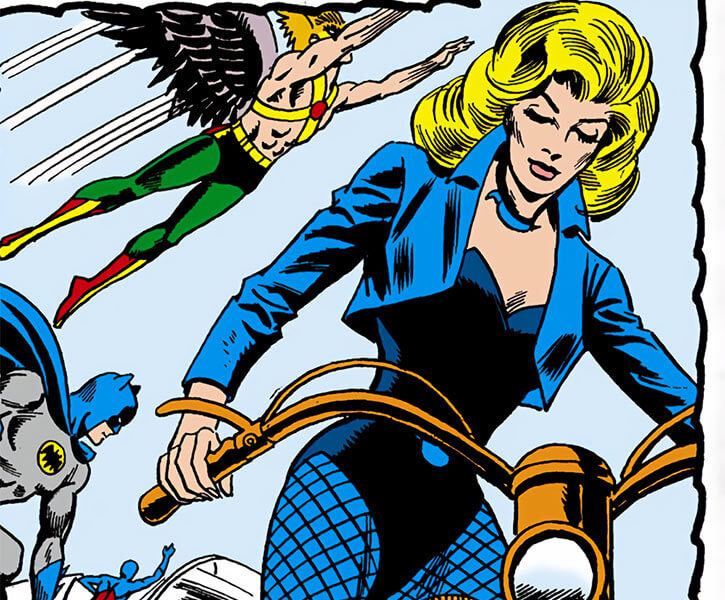 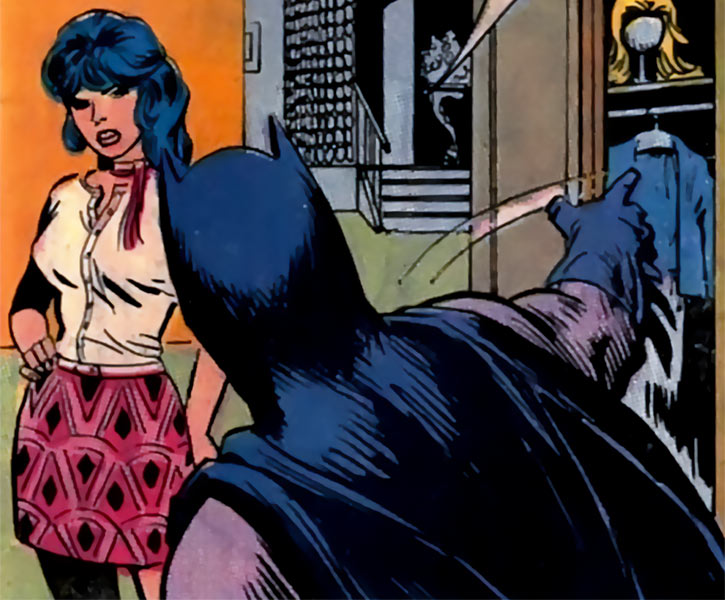 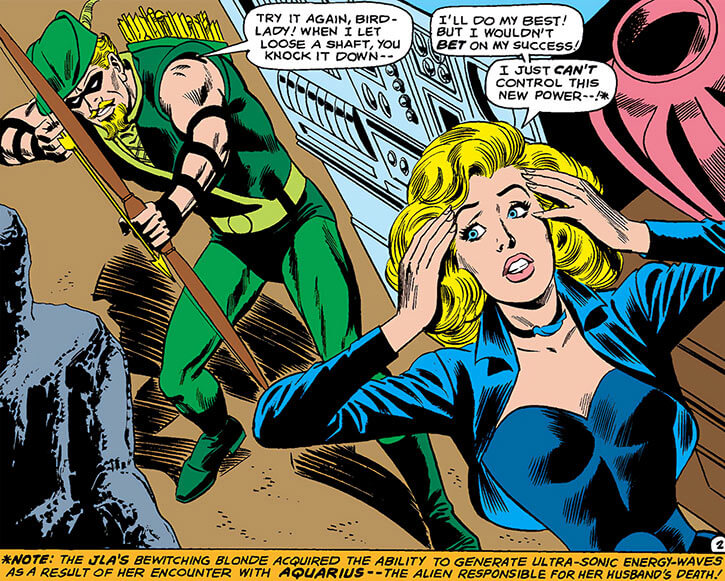 Source of Character: 1970s DC Comics, with the last issue for this span being JLoA #132.

Writeup completed on the 8th of November, 2019.