The Society of the Golden Wing, formed shortly after the American Revolution, is dedicated to the eugenic improvement of mankind. They have a specific focus on the ability to fly. It has experimented on five generations of Kendalls, and Black Condor appears to be the first success.

Black Condor has been experimented on all his life. Once his powers manifested he escaped from The Society.

Sometime after this, he encountered Ned Smith who gave him the name Black Condor, devised his costume and probably generally looked after his welfare. Ned has been guided by a mental projection claiming to be the original Condor. This entity was now on a higher plane of being, and had a pivotal role planned for Ryan in the future of Mankind.

Into the great wide open

Black Condor enjoyed a quiet life until he began encountering threats that he could not easily ignore (Sky Pirate, Shark). This brought him to the attention of The Society, which has been actively hunting him since.

He paid particular attention to eco-threats and was almost killed by a bomb.

He had a brief spell in the Jurgens League of America, which I didn’t read. He then joined Primal Force a few weeks after its formation.

Since the Force disbanded he has encountered Hawkman (Avatar mode) and The Ray. He also acquired an arch enemy, Claiborne the White Eagle. Another failed experiment, Claiborne is after Condor’s brain tissue in an attempt to halt his own dementia.

The Black Condor’s style is passive. He hangs out mainly, and then things happen to him. When he gets involved he tries to assess a situation before pitching in. Uses stealth wherever possible. In a fight, he’s an effective but untrained brawler.

If he can’t reach his target, he’ll throw his knife using telekinesis to help it find its target and return to him. Mental powers are a last resort. If he stops seeing a point to a fight he ups and leaves as quickly as he can.

These are all words you could use to describe him: determined, single-minded, impulsive rational, dedicated, eco-aware, naïve, take-charge, pleases himself, compassionate.

Costume is largely black leather – boots, trousers and back of torso one piece with straps crossing over bare chest. Gauntlets. Straps down arms. Membranes between sides and arms suggesting wings. These are black on back and red on front. Belt with sheath for knife. Large pendant showing stylised pair of wings.

Bonuses and Limitations:
Analytical smell/tracking scent and Extended Hearing are Always On.

Drawbacks:
Arch Enemy (White Eagle), Attack Vulnerability (attacks on heightened senses : OV falls to 1, climbing by 1 each Phase thereafter until it reaches its normal value), Hunted (by The Society of the Golden Wing), Mistrust, Unluck. Misc: if Body falls to -6 or less, then when Regen kicks in the Condor mutates into “Condor Creature” (see below) ; Misc: Dex falls to 4 whilst flying if he is not wearing his costume (see later).

The Condor enters this state if his BODY reaches -6. The Condor Creature has a Int at current Body (max 6), RV of 7 (provided by Telekinesis) and Skin Armour: 04.

Condor Creature looks like a cross between a fledgling and the Abomination, acts purely in self-defence and requires a heck of a perception roll to connect it to Black Condor. At Body 06 (the Regeneration is still active), the skin of the Creature splits open and reveals Condor (who has just “woken up”). 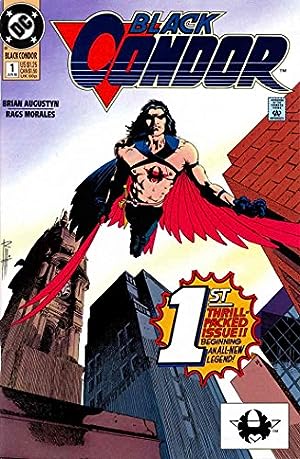 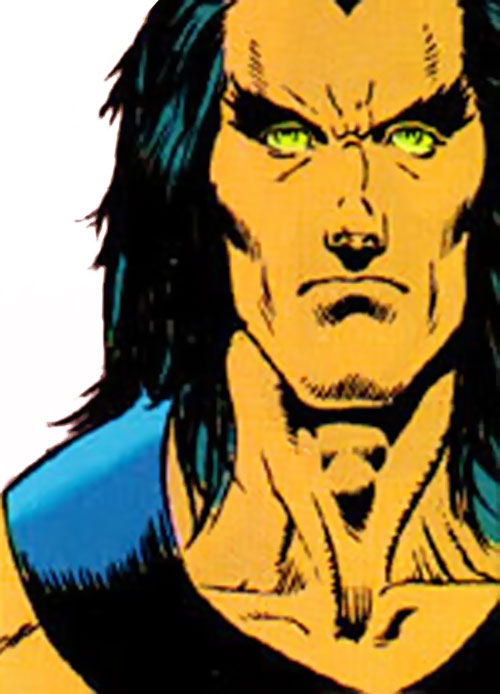 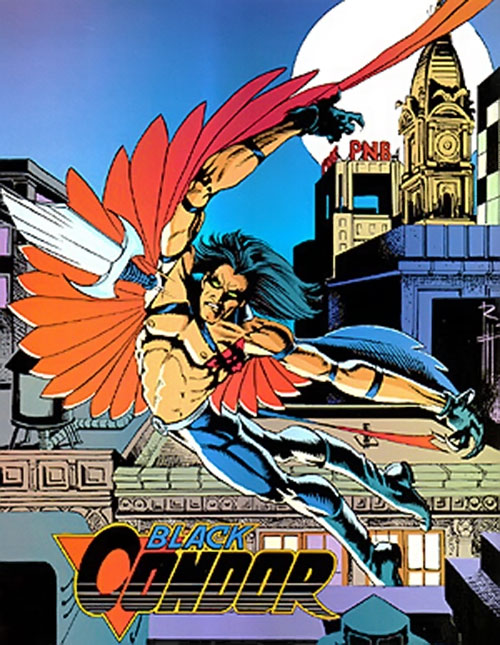 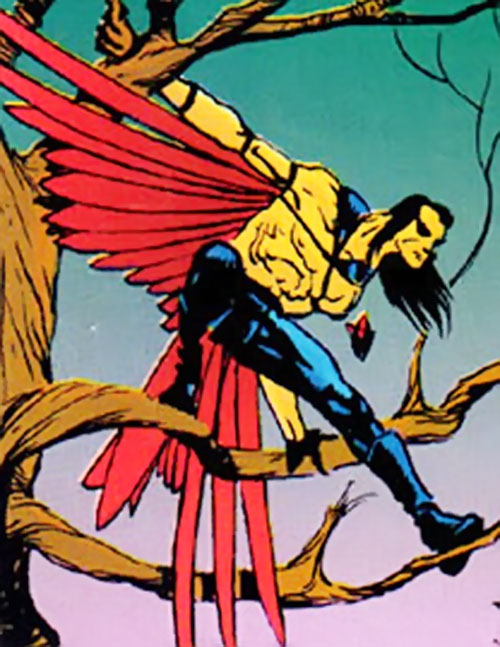 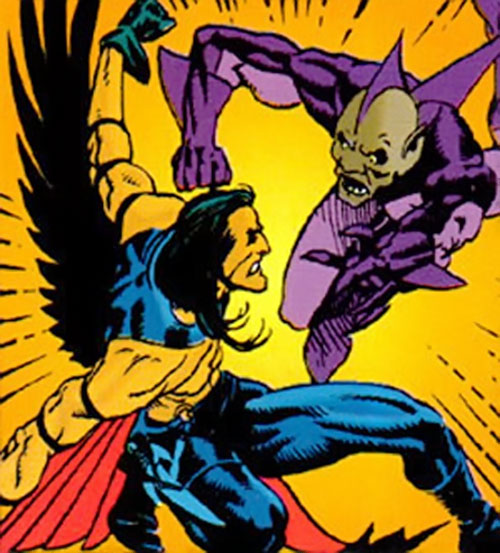