Black Death has low-level superhuman strength and durability (in DC Heroes RPG terms, STR, BOD, Jumping). He can control a dark energy that forms his costume (Insta-Change) and can be used for ranged attacks (Mental Blast) and manipulating objects at a distance (Telekinesis).

Black Death is also a skilled investigator, both in terms of making analyses and deductions (Detective, Scientist) and in respect to his ability to elicit information from others (Actor, Charisma).

The boy who would become Black Death desperately sought recognition for his abilities. He created the superheroic identity of the Greenwich Guardian to achieve this goal. But the dream turned into a nightmare when his debut featured him getting thoroughly thrashed by the third-string supervillain known as the Jester. Utterly humiliated, the youth retired the Greenwich Guardian identity.

Taking on the villainous identity of Black Death instead, the former hero began terrorizing the NYU campus. During a fight with Rage, Black Death ran into the fledgling superhero Gravity. Fascinated by a new superhero in the same place that his career had come to an end, Black Death began stalking Gravity.

He reassumed his Greenwich Guardian identity and befriended Gravity. The two of them worked together for several nights, clearing out the riff-raff in the area and creating a bond with Gravity.

No longer able to resist his vengeful urges, Black Death transformed during a fight and attacked Gravity. He dominated their rematch. He would have killed the young man then and there if Gravity had not found a means to escape while Black Death’s vision was blocked by falling debris.

Gravity had not seen the change and thus had no idea that Black Death was also the Guardian. He simply thought Guardian had been knocked out or fled after being hurt.

Two weeks passed without Gravity making another appearance. As a consequence, Black Death finally put on his Greenwich Guardian costume and lured Gravity out of hiding. He told Gravity he had been injured by Black Death, explaining his disappearance.

He then convinced Gravity to steal a graviton trap, telling the heroic lad that it was an experimental seismic generator sought by Black Death. By getting it first, he argued, they could lure Black Death into a trap. While waiting for Black Death to reappear, the two heroes spent the next few weeks thrashing local hoodlums and even a couple of minor supervillains.

Finally, the Greenwich Guardian led Gravity to an abandoned warehouse, exposed his perfidy. He ensnared Gravity in the graviton trap. Using Gravity’s power to boost the graviton trap’s strength, Black Death began destroying various locations at which he’d been embarrassed.

Black Death’s plan was foiled when Gravity broke free of the trap and defeated him in a battle royale. After he was knocked out, Black Death’s body faded away.

Black Death was not gone for good, nor had he given up his interest in Gravity. He was last seen scanning the NYU database for the names of male freshmen students from Wisconsin, all characteristics that he knew pertained to Gravity’s secret identity.

Outside of his costumed identity, Black Death is a narrow-faced White male with a bit of a perpetual sinister leer. This look is enhanced by his unkempt medium length hair. He wears clothes suitable for athletics such as sports jerseys.

When assuming his Greenwich Guardian identity, he wore a red suit with silver upper chest and shoulders that left his scalp and lower face exposed. It was decorated with chrome pods and modules located near his knees, hips, elbows, and on the backs of his hands that served no apparent purpose.

As Black Death, his entire body was jet-black except for skull-like glowing emblems on his torso and face. The latter moved with his facial expressions and the former was more abstract than the one on his face. While in Black Death form, he had black viscous wisps emanating from his scalp and hands. These same wisps shot out from his hands to form his energy blasts and telekinetic manipulations.

While acting as the Greenwich Guardian, Black Death was genial and friendly for the most part. He had a bit of a sarcastic edge and would start to get angry if people doubted him or started asking prying questions. This resolute yet caring persona was comforting to lonely innocents such as Gravity, which led such people to quickly trust and appreciate the Guardian.

Consequently, the Guardian was able to elicit quite a bit of information from Gravity without arousing his suspicions. Gravity simply thought the Guardian was thoughtful and interested in others.

This contrasts strongly with Black Death’s normal behavior, which is cruelly teasing and bent on revenge for past humiliations real and imagined. He believes he deserves the utmost respect and acclaim and seeks to get payback for every occasion on which he has not received it.

In many ways he was the mirror image of his enemy Gravity. Black Death had been another student seeking acclaim, only Black Death had reacted much more pathologically when his hopes were dashed.

Black Death is a particularly dangerous villain because he maintains focus and clarity despite his insane lust for revenge. As his subterfuge in the Greenwich Guardian identity demonstrates, he is capable of controlling his urges for extended periods to further his goals.

He is methodical, analytical, and very patient when it comes to making the necessary preparations to carry out his plans. He only begins to lose control when his main goals are being thwarted.

As Black Death: “Hey, everybody. Look at what I caught. Ooh. A newbie. I LOVE newbies. You got a NAME ? Huh, little guppy fish ? No ? That’s cool. I’m not really big on naming my food…”

As Black Death: “You help people out, you do the ’right thing‘… Once in a while you *actually* stop a bad guy. You know something ? So what.”

As the Greenwich Guardian: “These guys think they can outrun the cops. What do you say we slow them down ? I’m in first!”

This minor villain could have just as easily encountered Dick Grayson during his college days. Grayson might have seen the Greenwich Guardian as a potential mentor and friend to fill the void left by his distance from Batman during that time, later repudiating him when he found out what kind of person the Guardian really was.

The Guardian might have adopted his Black Death appearance in part to mock Grayson’s later Nightwing identity. The two costumes have a rough similarity of color patterns. Black Death probably visited Blüdhaven to cause Nightwing grief at some point.

Another possibility is that the Greenwich Guardian befriended Todd Rice, a.k.a. Obsidian of Infinity, Inc., during Rice’s early career. The Guardian was nearby when Rice’s girlfriend Marcie Cooper revealed herself to be Harlequin III, an agent of the Manhunters. The Guardian tried to stop her from escaping only to suffer a humiliating defeat.

Deeply embittered by this experience, the Greenwich Guardian used his knowledge of Obsidian’s powers to develop a means of tapping into the Shadowlands himself. The corrupting influence of the Shadowlands amplified the Guardian’s inner darkness just as it did with Obsidian, and Guardian found himself sinking further and further into his Black Death persona.

While acting in this heroic identity, Black Death hid his light under a bushel, eschewing use of his Mental Blast or Telekinesis Powers. His high STR and Jumping Power may have been subtle uses of his Telekinesis, though this seems unlikely since all observed uses of those powers in his Black Death form were accompanied by clearly visible dark energies.

There is a possibility that Greenwich Guardian did not have his Mental Blast or Telekinesis Powers when he started his career. Though he makes a point of the importance of not giving away all of one’s abilities, the Guardian’s drive to get noticed as a hero would have discouraged him from keeping his most powerful abilities completely hidden.

It may be that after his infamous defeat by the Jester, the Guardian sought out a source of additional powers and gained his current abilities through unknown means. He has demonstrated a talent for research and scientific experimentation that could have aided him in his pursuit of power.

That last paragraph assumes that when Black Death resumed his Greenwich Guardian identity, he only used the same abilities he had originally shown in that guise. He may have used all of his abilities more openly during his first appearances as the Guardian, holding back his more visible powers when he “returned” to keep Gravity from realizing the Guardian and Black Death were one and the same.

Once he lost his last fight with Gravity, Black Death simply melted away into the ether. Whether he was knocked unconscious and this happened automatically or if he did this consciously to flee the field of battle is unclear. The means by which he did this is unknown, but it does make it exceedingly difficult to capture him.

Likely candidates for the Power used are Teleportation or Dispersal; see the next section for more details.

It is possible that Black Death’s powers are derived from the Darkforce , an extra-dimensional energy used by various heroes and villains in the Marvel Universe. His demonstrated powers are consistent with other Marvel characters’ applications of the Darkforce.

If this is the source of Black Death’s abilities, other possible Powers he might have or could develop in the future include Teleportation, Dimension Travel, Warp, Force Manipulation, Dispersal, and Mind or Mystic Blast.

The author of the series simply described Black Death’s powers as use of “dark energies”. So there probably was not a deliberate connection to the Darkforce. However, nothing in the story or in any of the author’s statements contradicts the theory either. 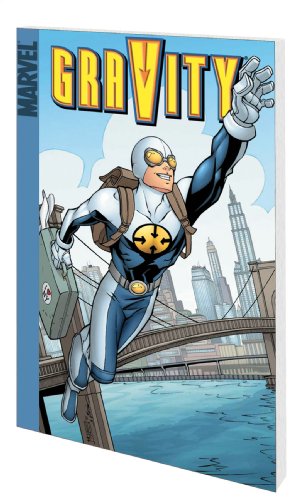 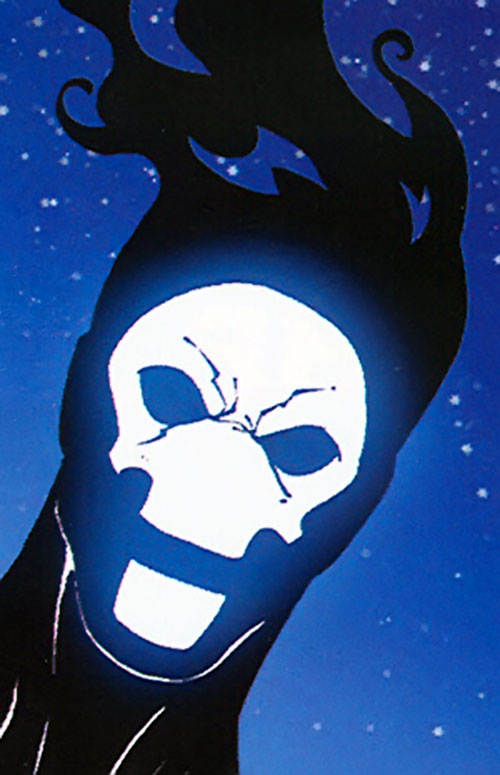 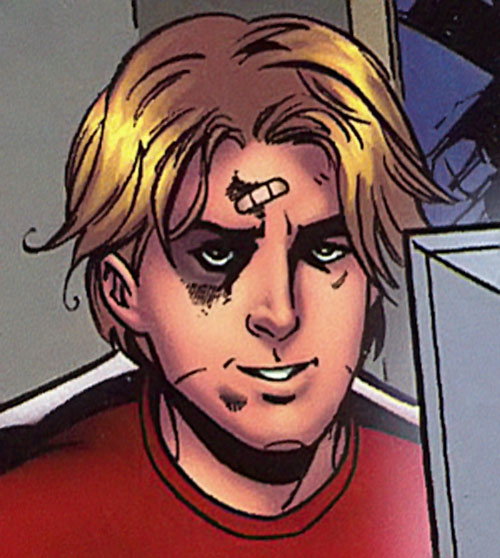 As the Greenwich Guardian: 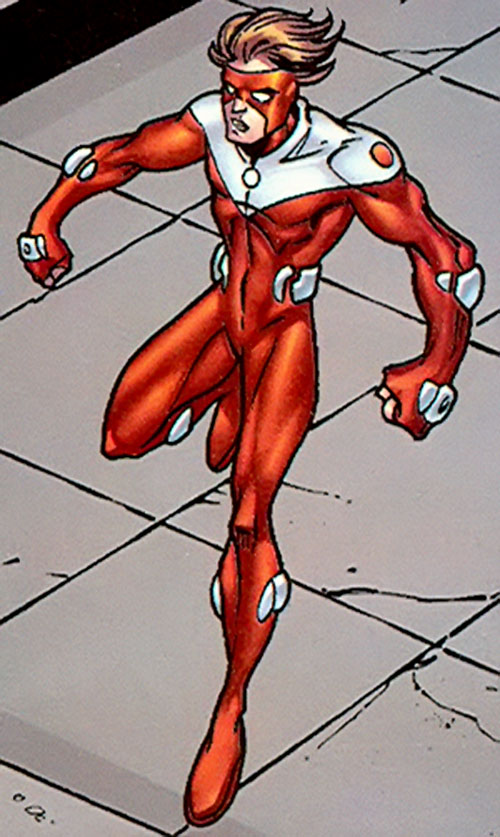