Giant-Man possessed the ability to accrue mass from an unknown, presumably extradimensional source, enabling him to increase in height to a maximum stature of about 25 feet. He generally attained a stature of 15 feet for most of his crimefighting activities.

Growing up in the Los Angeles ghetto of Watts, Foster gets out by going to the California Technical Institute . He subsequently lands a job at Stark Industries in Baltimore. Later, when Henry Pym becomes “trapped at a height of 10 feet because of an unstable growing serum,” biochemist Foster comes to his aid.

Perfecting the serum, he uses it to duplicate Pym’s growth powers. With a nudge from Pym, Foster decides to become a costumed crimefighter and keep the streets of Los Angeles safe for regular size folk.

On his first outing, Black Goliath encountered the Atom-Smasher, a criminal who emitted radiation from his body, and was bombarded with deadly radiation.

This immediately produced harmful side effects, making his size transformations painful and causing him to black out occasionally. Ignoring the symptoms of radiation poisoning, Black Goliath tried to distinguish himself as a crimefighter, battling various menaces and joining the Champions of Los Angeles.

When it became difficult to ignore his illness he became a consultant at Project: Pegasus hoping to arrest the debilitating effects of radiation on his body.

While there he changed his name to Giant-Man at the suggestion of The Thing (“it’s pretty obvious that you’re black, and if I remember my Sunday School lessons, Goliath was a bad guy”).

Though radiation experts such as Reed Richards and Walter Langwoski tried to help him, only a transfusion from Spider-Woman arrested his cellular decay – at the expense of her immunity to radiation and all toxic poisons.

The strain of size-changing was still to great for him to pursue superheroics. Thus Foster retired for a life of research.

More recently, Foster became one of the scientists recruited to work for the High Evolutionary. Instead of doing the armored genetic engineer’s bidding Foster instead used the facilities provided to create a cure that would allow him to once again grow without undue strain.

Foster was a somewhat reluctant hero to begin with, the painful side effects of his radiation poisoning only compounded this fact. Foster always tried to make a good impression amongst his colleagues and was willing to sacrifice himself if the situation called for it.

He took his suffering silently while ill, even tough he was in constant pain.

“Tell me or I’ll split you like a dry wishbone !”

A colleague of Ray Palmer, Foster was contacted by the Atom (Palmer) to develop a growth serum when the hero was once stuck at diminutive size. The serum worked not only restoring Palmer’s size but enabling Foster to achieve gigantic proportions.

After his sickness he became a consultant at the Cadmus Project and was eventually cured by an injection of Protoplasmic “blood” from Supergirl (Matrix).

Another possibility is that his ex-wife was the girlfriend of Black Lightning for a time and a ploy to get her back brought the two heroes into conflict. He also might have been in Batman’s Outsiders team.

Bonuses and Limitations:
Growth was until recently Fatiguing. 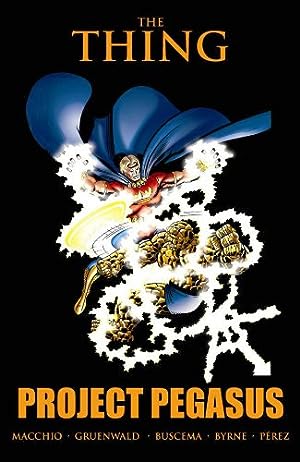 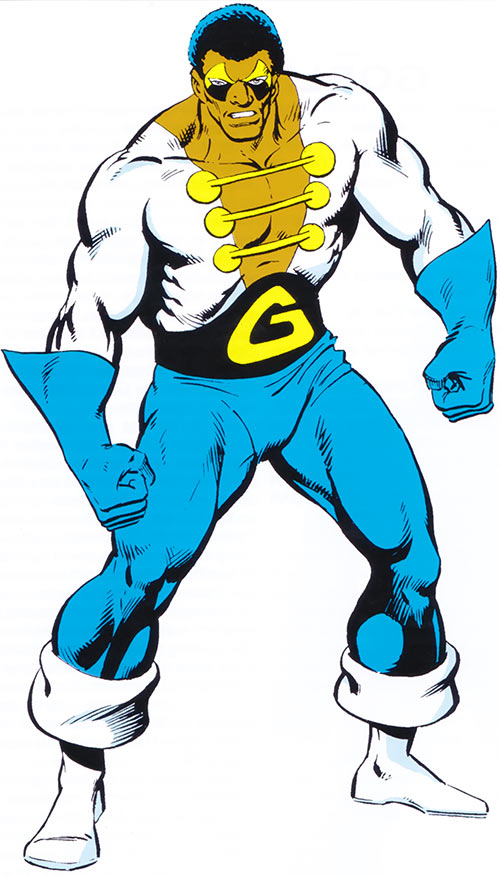