The Black Hood is tough, nasty and pulls no punches when he fights. He has given at least cursory study to many forms of hand-to-hand combat and is adept with most weaponry, from Uzis to shuriken, regardless of origin or age. His costume is armoured and includes nasty brass knuckles.

When Sidmondson wears the hood, he can think more clearly and more quickly. He’ll instinctively know how to make the best use of his abilities in any situation. Also, when the hood is touched by blood, the inside becomes covered with the bloody signatures of those who have previously worn the hood.

Wayne Sidmondson is a good man with a strong moral sense, and a vigorous entrepreneur. He owned the first McBonnie franchise in his hometown of St. George – a profitable business. However, random crime was is bane. His reestaurant was held up about once a year.

Worse, the criminals he had problems with tended to be in and out of the judicial system in record time. With time, Sidmondson started to crack. He became obsessed by crime and punishment. He started to collect weapons and instruments of torture and execution like other men collect hunting equipment.

This mania led him to purchase an antique. It was an authentic executioner’s hood from the Middle Ages. This piece of clothing had quite an interesting history : it had actually been cursed by a sorcerer before he was decapitated. The curse was that “whosoever wears the hood, be they compelled : do only good !”.

The curse was quite effective. The hood was passed from one man to another during the centuries, worn as a cloak, a coat or a mask and becoming old and frayed. It invariably forcing its owner to do what he believed best. Given his obsession, it was only natural that it would turn Sidmondson into a violent vigilante.

Sidmondson is single minded, tenacious, resourceful. He’s so completely consumed by the idea of exacting justice as the Black Hood he has thrown his entire personal life into ruin. By now, he has exhausted his savings, taxed his credit limit and left his wife and children far behind in order to follow a trail of crime across America.

Travel ling from city to city and from fight to fight, he has obsessed to the point of psychosis while gripped by the power of the hood.

“With law, justice is a waiting game. I’m the Black Hood. Justice. No waiting.”

An obvious variant on the Punisher, but not an uninteresting one. Can probably be used in any supers universe.

Drawbacks:
Minor Psychological Instability (unusually preoccupied by the punishment of the guilty, obsessed with the dispensation of justice). 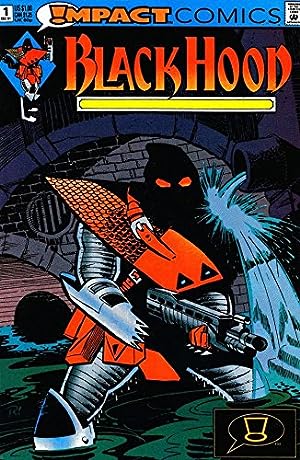 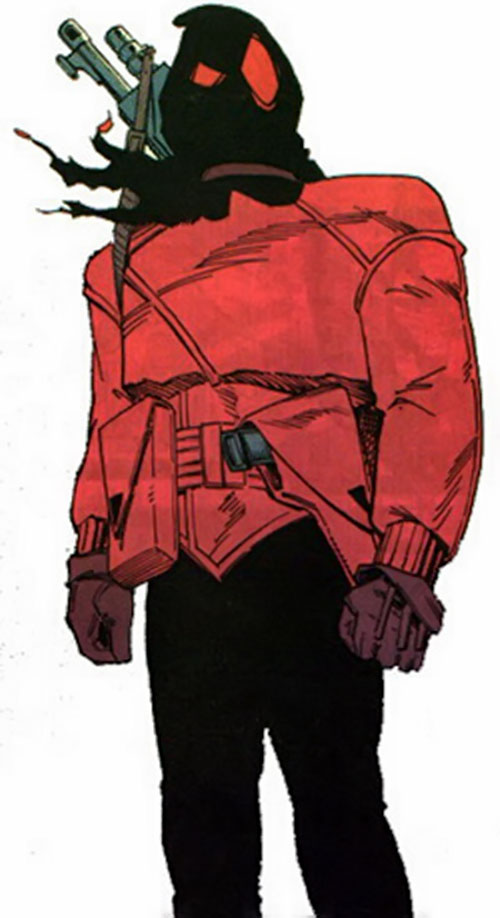