Jack Tarr is an excellent close combat specialist, though he’s clearly not on Zaran’s level. His overwhelming size and massive physique do not hurt in such endeavours.

He has completed the rigorous training program of the British Secret Services. Tarr also has years of combat and special agent experience in a variety of dangerous situations.

He has access to a huge amount of information via British intelligence. He can thus arrange for complex operations, stings, assaults and the like in a remarkably short time and with good accuracy.

Tarr had his start in the Army , then moved to the Foreign Service  and then the MI-6 . From there he was detached under the command of Sir Denis Nayland Smith, of Scotland Yard .

Tarr thus became a mainstay of the small group of adventurer Smith had gathered to wage a shadow war against Fu Manchu. Among these was Shang Chi, Fu Manchu’s own son. Other members included Leiko Wu, Shang Chi’s love interest ; and Clive Reston, hinted to be James Bond’s illegitimate son and a relation of Sherlock Holmes.

Their fight against the inscrutable mastermind ended at long last, with Fu Manchu defeated. The stout-hearted band continued to operate as the Freelance Restorations firm.

Jack Tarr retired from the service in order to officially become a Freelance Restorations employee. His next move was to succeed Nayland-Smith when the old man went into retirement. Jack Tarr remains an important contact and comrade-in-arms for Shang Chi, and regularly operates on the Asian theatre.

Tarr is a pulpish  adventurer and hero, in the tradition of heroic British explorers, spies and daredevils. Having fought against evils such as Fu Manchu for years, and having been led by a truly remarkable man (Nayland-Smith), Tarr is highly experienced and knowledgeable.

However, he is… not the nicest of men. Tarr is often considered harsh and even brutal – which in part inspired his nickname.

Tarr does not like Shang Chi, considering him to be to inscrutable and feeling insulted that such a lightweight can beat him. He often calls him “Chinaman” (or at least he did during the 1970s) and makes his irritation at Shang Chi obvious.

“I understand awright, you two-faced vixen. You think I could forget how you’ve tricked me time and again ?”

While Marvel started too late to have actual 1950s to 1960s dime novels heroes, the DCU has plenty of those. From the Challengers of the Unknown to the Sea Devils to the Secret Six and so on. If you want to add Nayland-Smith’s group to the scenery, it could be possible that they fought against Kobra instead of Fu-Manchu.

Drawbacks:
MIA toward danger and combat. 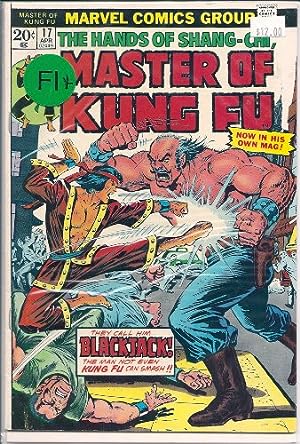