Whitman has had a long and storied career. This profile being quite old (1999-ish, I think) it’s a gisted profile and thus an overview of this career up to that point. One day we may manage a series of chronological profiles exploring the various eras of the character.

While he’s no Buckaroo Banzai, the Black Knight is an excellent jack-of-all-trades. He’s a proficient knight, a master swordsman and a good scientist/tinkerer. While he’s generally one of the least powerful Avengers, his experience and very level-headed, pragmatic approach make him a proficient adventurer.

Dane Whitman wears a mystical pendant given to him by Avalon’s Lady of the Lake. When Dane touches the pendant and invokes the name of Avalon, he conjures up his armor, his sword, his shield and a magical winged horse, Strider.

Dane’s past weapons include the ebony blade, his power lance and his laser sword. The ebony blade, created by the wizard Merlin, is an indestructible, enchanted sword that can cut through any substance. It can also deflect, disrupt or penetrate energy fields, including mystical forces.

The ebony blade was Dane’s principal weapon for years, but he abandoned it since its cursed nature posed a variety of mental and physical dangers to its wielder. It has since been adopted by his former friend Sean Dolan, who has become the murderous Bloodwraith under the blade’s influence.

Dane’s original weapon was his power lance, a device adapted from the designs of his criminal uncle. It was a lance outfitted with a variety of hidden weapons, including heat beams, force beam projectors, gas emitters and bolas that could ensnare opponents. He has very seldom used the lance since adopting his various swords. 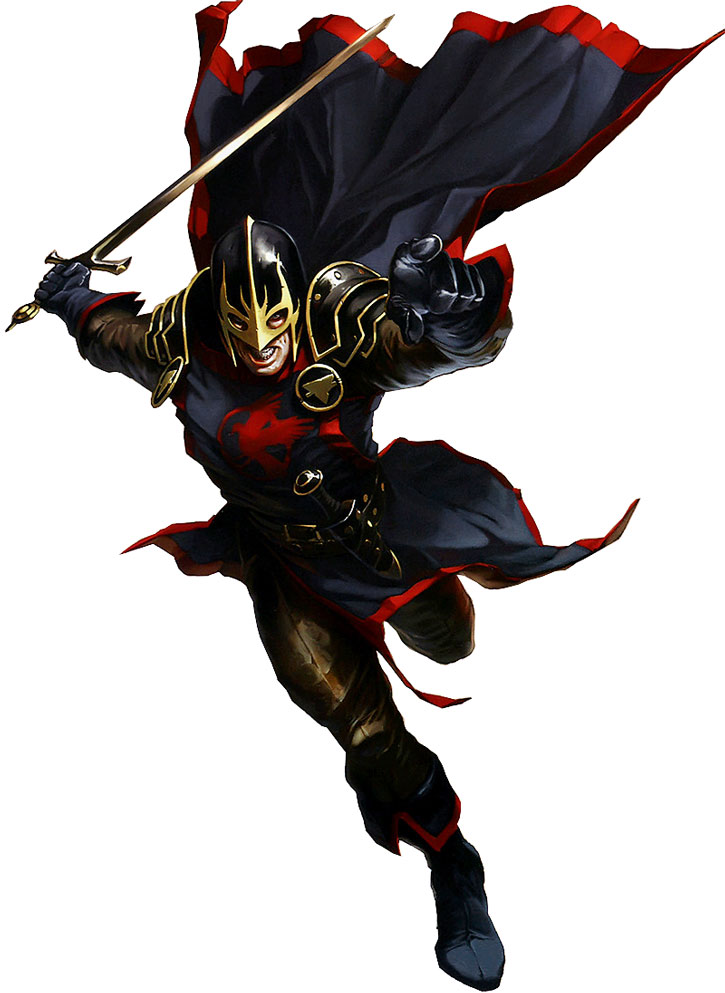 His laser sword, also known as his neural sword or photonic sword, is a hand-held device that generates a “blade” of light. This blade could be adjusted to various settings, including a penetrating laser that could cut through almost anything, and an immaterial energy column that could disrupt a victim’s nervous system without doing physical damage.

Before acquiring Strider, Dane rode, in succession, Aragorn, Valinor and an atomic steed. Aragorn is a horse to whom Dane gave wings and the power of flight through genetic engineering techniques created by his late uncle, the previous Black Knight. When Dane’s first time trip to the era of the Crusades separated him from Aragorn, the horse was adopted by another adventurer, Brunnhilde the Valkyrie.

Aragorn remains in Valkyrie’s custody to this day, with Dane’s blessing. During his time in the 12th Century, Dane adopted a mystical winged horse named Valinor. Unfortunately, Valinor was stolen away by Dane’s former friend Sean Dolan, the Bloodwraith, and remains in Dolan’s custody.

For a time, Dane used an atomic steed. It was one of the mechanical flying vehicles manufactured and employed by the High Evolutionary’s Knights of Wundagore. He has since abandoned it, though, and left it in storage at Avengers Mansion, where it was used by the second Swordsman.

As the Black Knight, he became a frequent ally to his uncle’s old foes, the Avengers. After rescuing the team from Kang, Whitman was made a full member. He opted for reserve status since he resided in England at the time, having inherited his family’s ancestral castle, Garrett Castle.

Whitman later fell under the spell of the wicked Enchantress, who turned him to stone after she no longer considered him useful. His spirit was somehow cast back to the time of the Crusades, where he inhabited the body of his ancestor, Eobar Carrington, the XIIth Century Black Knight, and fought on behalf of King Richard.

When Carrington’s body finally died in battle years later, Dane’s spirit returned to his present-day body. It was restored to its normal state by the wizard Amergin.

Dane rejoined the Avengers as a full-time member, serving until a curse on his ebony blade (which he’d inherited from Sir Percy) petrified him again. He was restored to normal through the combined efforts of his friends :

Following his restoration to human form, Dane rejoined the Avengers as a reservist. He soon took on full active membership again, and abandoned his ebony blade since he felt it was too dangerous to use. Sean Dolan was later possessed by the blade and transformed into the demonic Bloodwraith, killing Victoria Bentley and becoming one of the Black Knight’s most bitter foes. 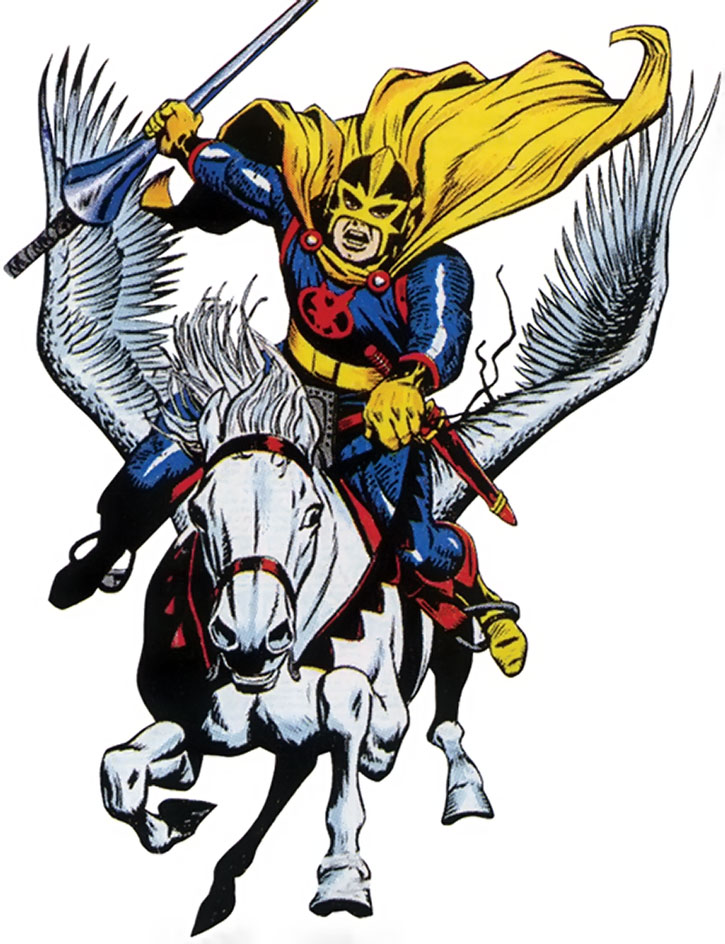 Dane has never had much luck in love :

Dane was in love with Crystal, the estranged wife of longtime Avengers member Quicksilver. But was also strongly attracted to the mentally unstable Sersi, who was madly in love with him.

Have sword, will travel

When Quicksilver returned to the group and seemed prepared to reconcile with Crystal, Dane unselfishly renounced his feelings for her and devoted himself to Sersi, accompanying her in her exile to another dimension when her mental instability made her too dangerous to remain on Earth.

During their adventures in other dimensions, Sersi regained her emotional stability. Dane spent some time with a super-team called Ultraforce, even becoming its leader. He and Sersi eventually decided to return to their own Earth, though, and managed to do so after an accidental side trip to the Crusades.

During this time travel incident Dane earned the friendship and enmity of Bennet du Paris. This power-mad knight survived into modern times as the super-powerful mutant terrorist Exodus, leader of the Acolytes.

On returning to present-day Earth, Dane and Sersi split up. The Avengers were temporarily disbanded at the time, so Dane found a new home and new employment at Oracle Incorporated, joining the company’s new super-team, Heroes for Hire.

At about the same time, Dane was contacted by the Lady of the Lake. She informed him that he was fated to be the champion of Avalon, the mystical Celtic realm Dane had been allied with during his time in the XIIth Century. The Lady of the Lake gave Dane a new magical winged steed and mystical weapons to better battle evil in Avalon’s name.

Dane continues to battle evil today, both as a member of Heroes for Hire and as an inactive member of the Avengers, whom he stands ready to aid should they need him.

Within the Avengers, the Knight is the mostly normal guy next door you can identify with. Which is ironic, as his biography is full of curses, dimensional jaunts, temporal displacements and tragic love affairs. Sure, he’s heroic and tough, but not really larger than life, especially in comparison with his teammates. Sure, he has foibles and shortcomings, but nothing really crushing or dramatic.

It is this strange normality which makes him an attaching character with such a short Personality section. 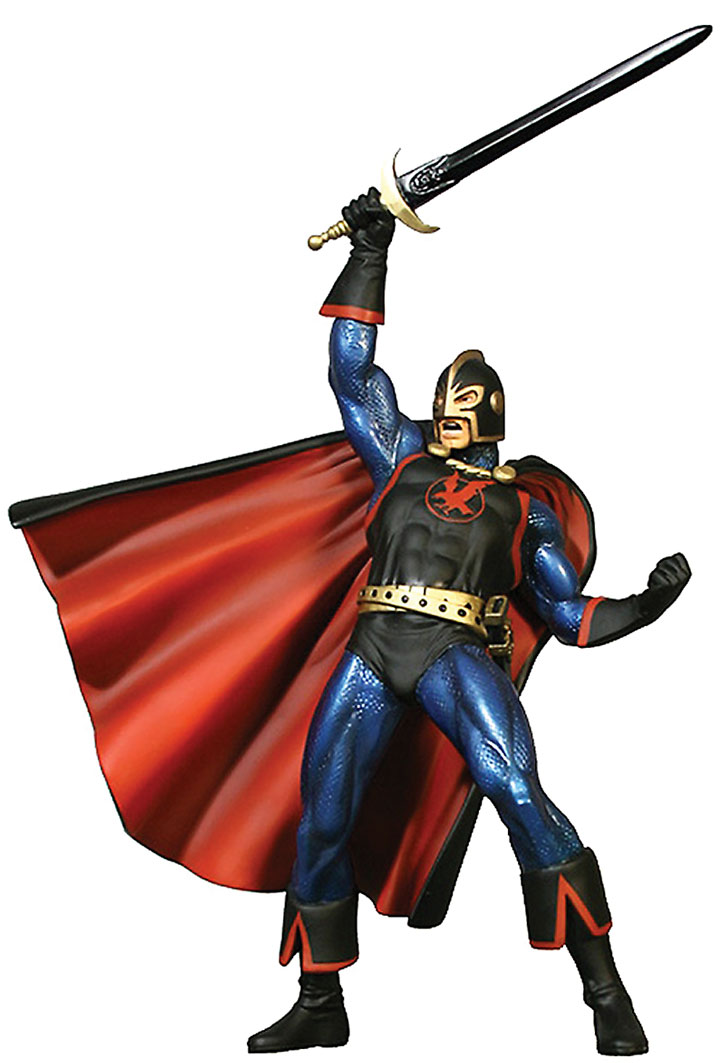 The Dark Knight is best played as a straight, courageous action-adventure hero, smart, skilled and tough… but always ends up in tragic situations, exile, curses and the like. The poor guy *never* gets a break.

There is something of a dark side to the Black Knight. Although most such incidents are dangerously close to bad writing, there are just too many of them to ignore.

In many ways he’s still a normal guy next door, but in an era where killing is considered a viable, even desirable option and romantic stalwartness is no longer a great ideal.

“It’s time for the Avengers to do what they do best – to protect the living, and avenge the dead !”

Oh, well, he could be a successor to the Silent Knight. But that would mean he gets entangled in the Hawk Avatar mess, if it still exists this week, and I doubt anybody wants that.

Rituals:
Union of the blade [Casting time: 09, Components: 02 in standard occult stuff, Dimension travel (Travel, conjure): 15, Teleport: 50, Time travel: 20, Limitation: only to transport the Black Knight to the Ebony Sword or vice-versa (All base costs are reduced to 50, all FC -5).

Earlier in his career, the Black Knight had one fewer AP in all of his Acting Attributes and Skills – and improved from there.

The Black Knight has used several distinct sets of gear during the years :

Like a Block Maneuver, the Character must be holding an object capable of deflecting the incoming attack. Whether an object is appropriate is up to the GMs discretion.

While this violates the “one Dice Action per Phase” rule, the character must forfeit any other actions (other than Blocks or Redirects) for the Phase, and will receive an additional +1CS Penalty to both OV and RV of the Redirect attempt per Dice Action (attack, Blocks, and Redirects) previously taken in that Phase.

Once the character has decided to attempt to Redirect an attack, he must roll with AV and EV equal to DEX (other relevant abilities, like Martial Artist, Weaponry, or Superspeed may be substituted at GM’s discretion).

OV is equal to the maximum of the AV of the incoming attack and the OV of the Target, modified by APs of Shrinking or Growth of the projectile and object being used to Redirect by the following table:

There is also a +4CS Penalty to OV. RV is the maximum of the EV of the incoming attack and the RV of the Target, with a +2CS Penalty. The resulting RAPs should be referenced against the following chart to determine the effect :

Obviously, with a +4CS Penalty to OV, a +2CS Penalty to RV, and a -3CS Penalty to RV on a failure (all minimum values), this Maneuver is extremely dangerous for all but the most experienced and skilled Characters.

By Sébastien Andrivet with most of the text parts by Sean McQuaid, Redirect rules by John Colagioia. 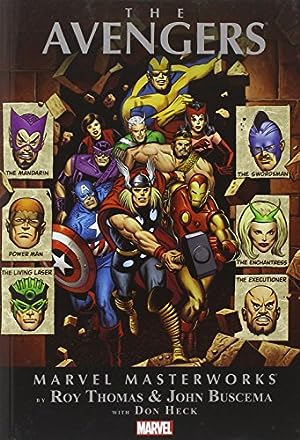 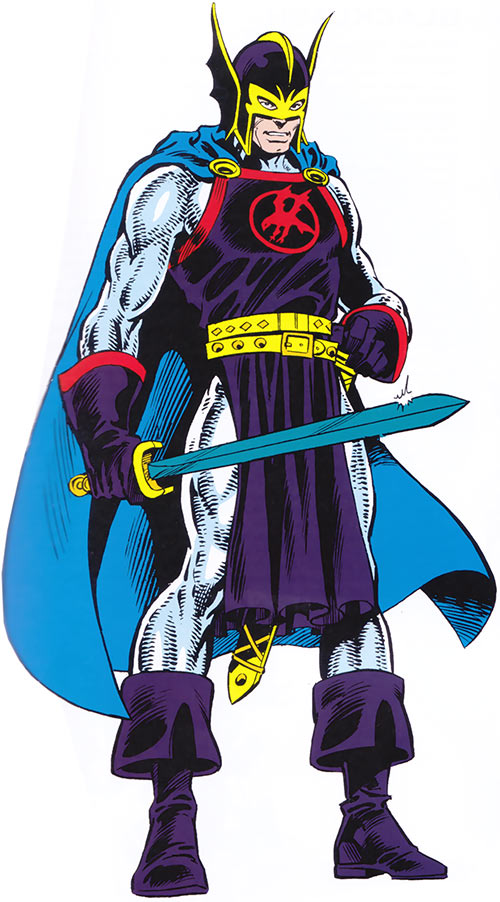 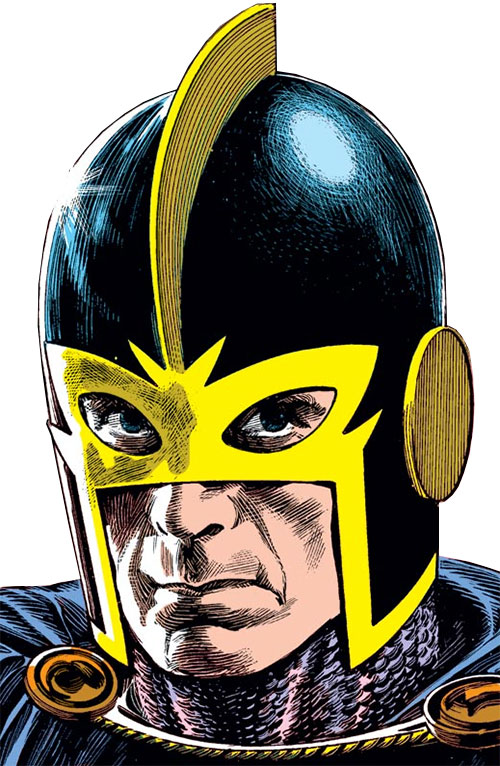 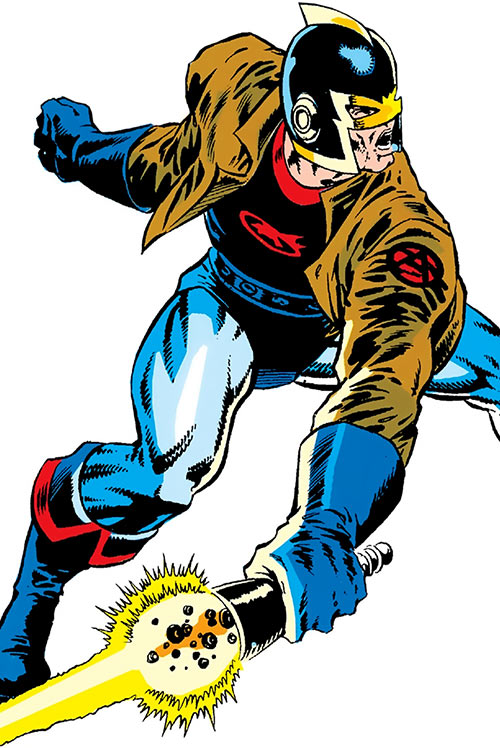 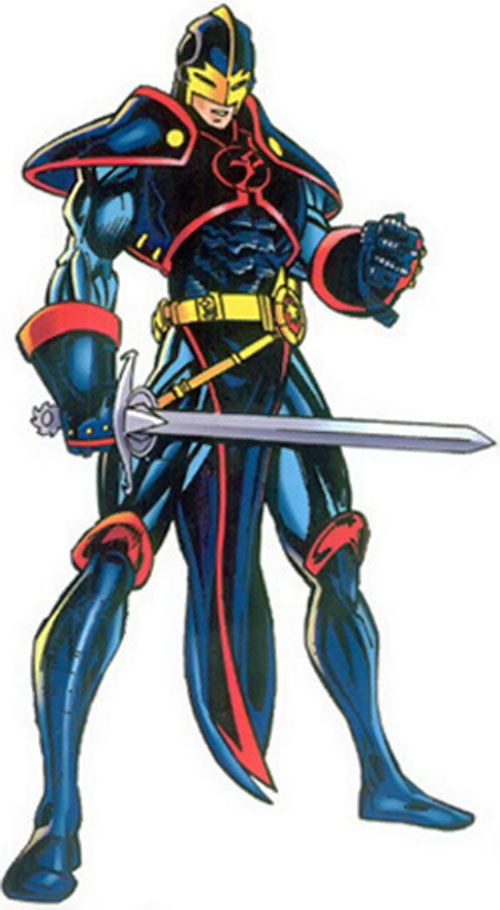 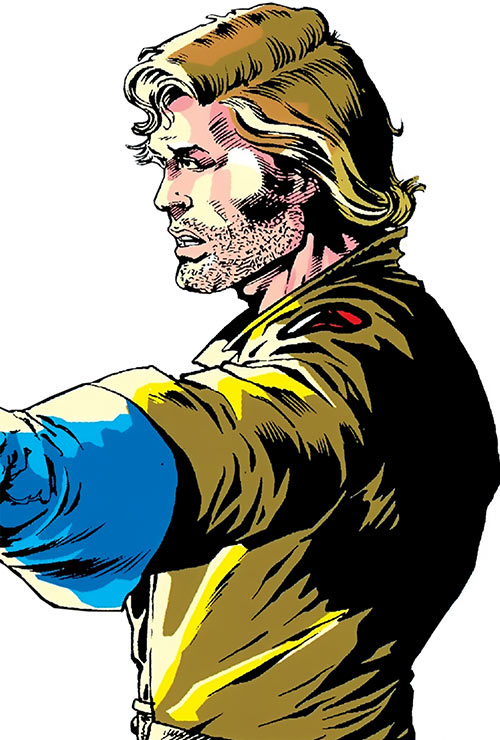 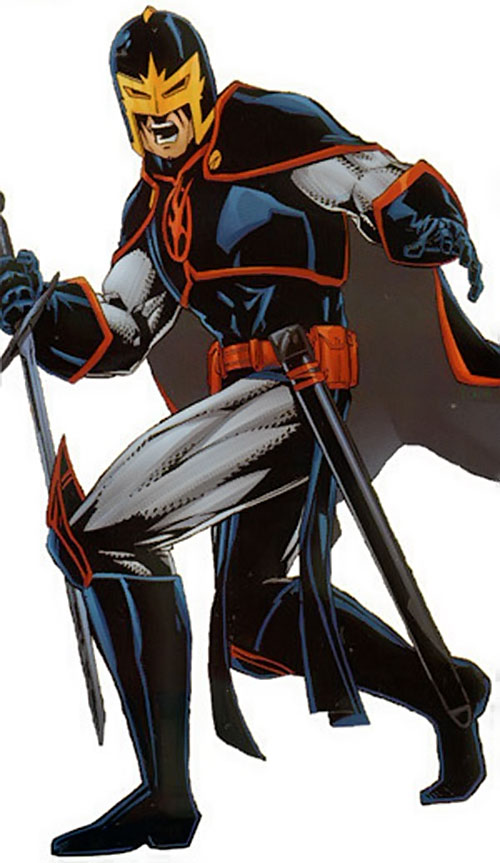 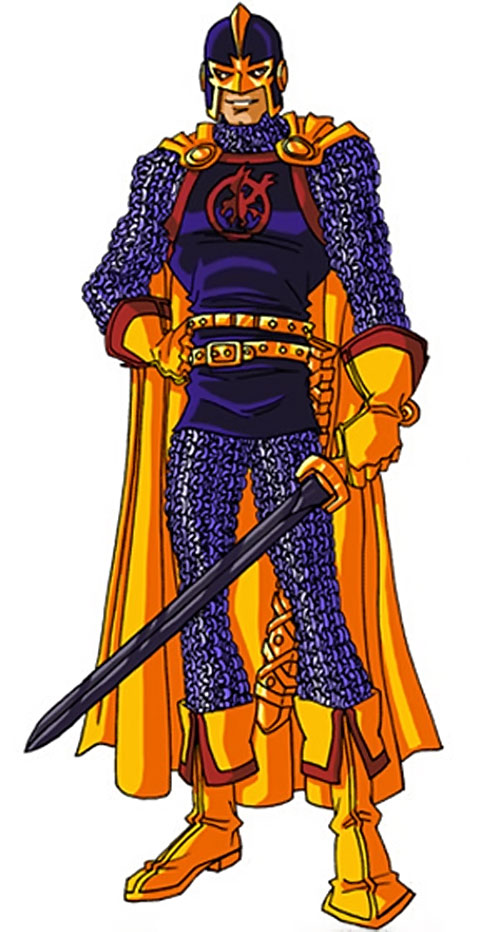 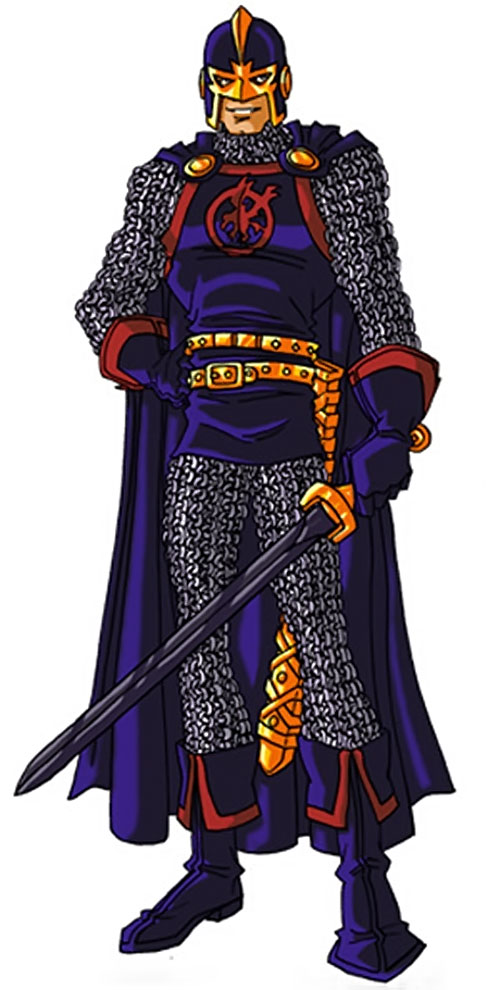 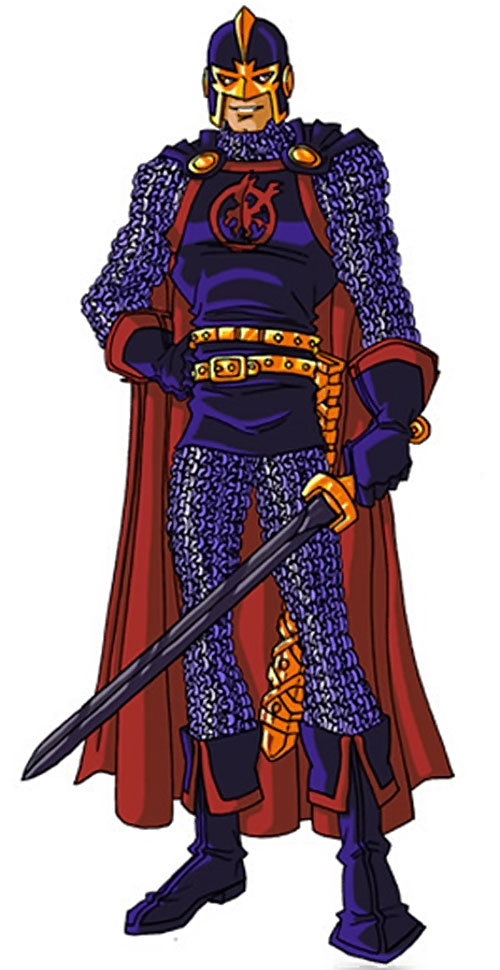 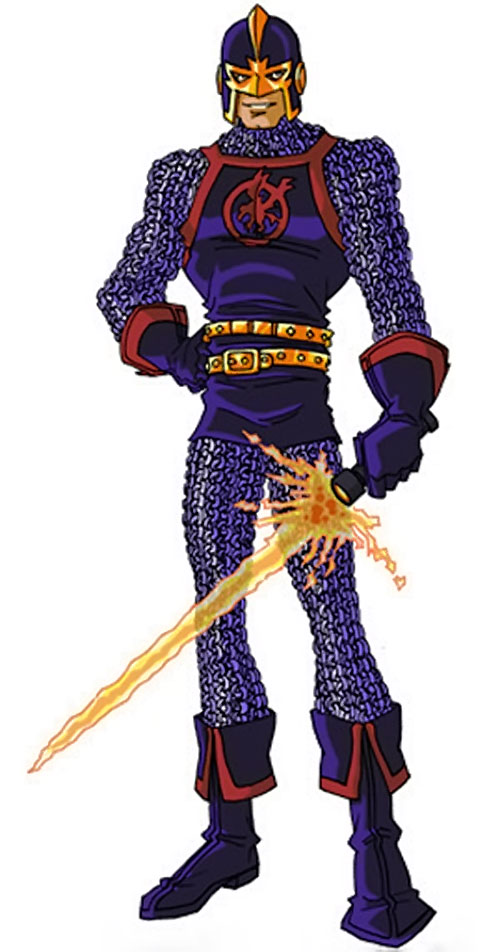 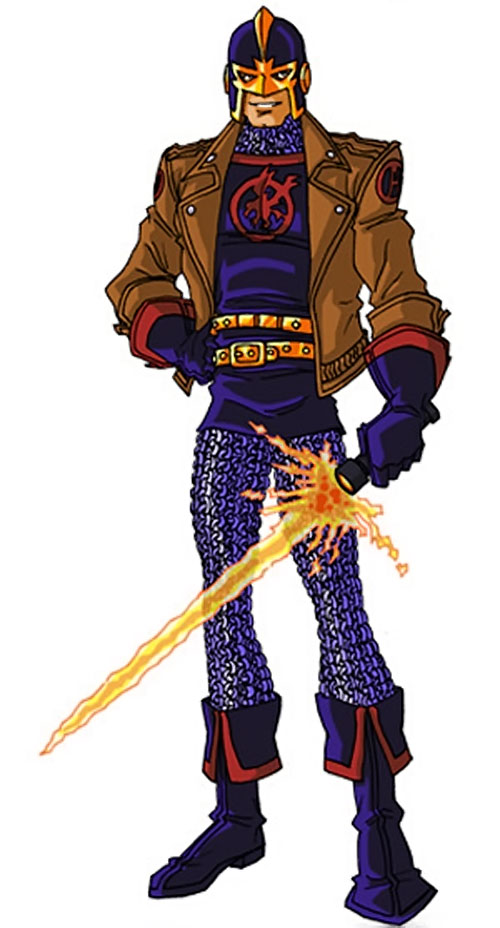 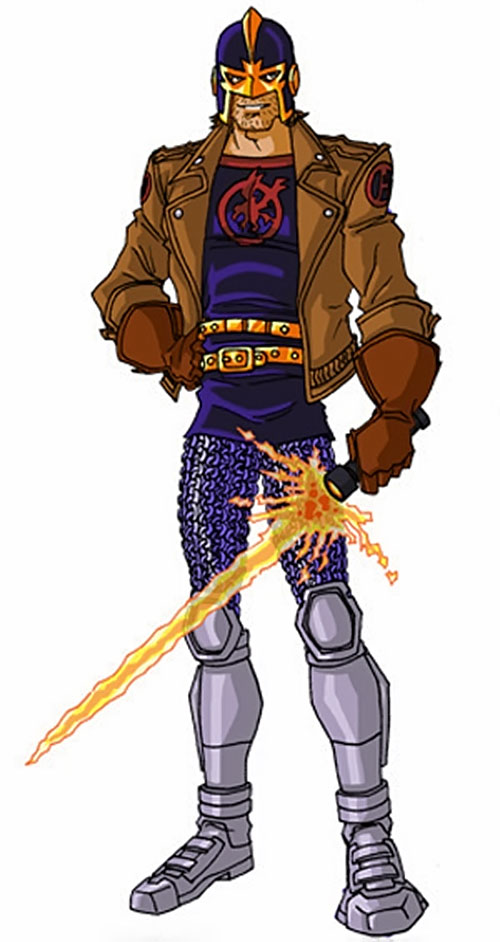 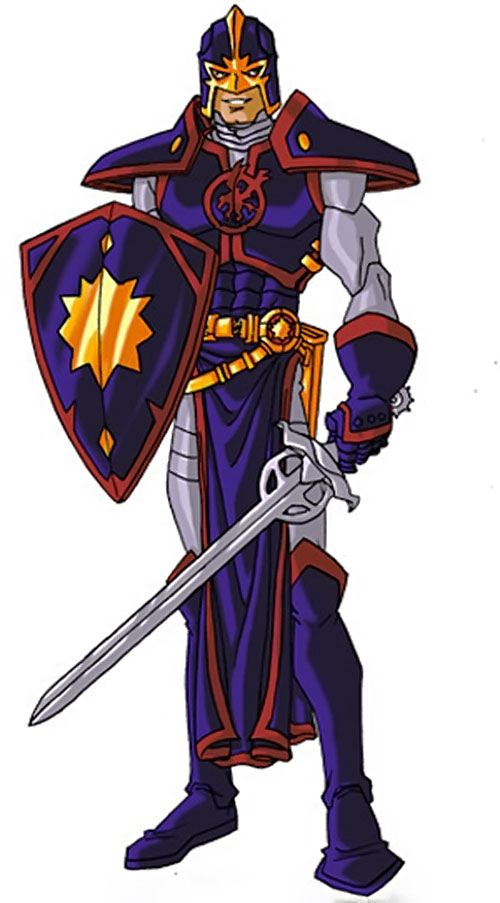 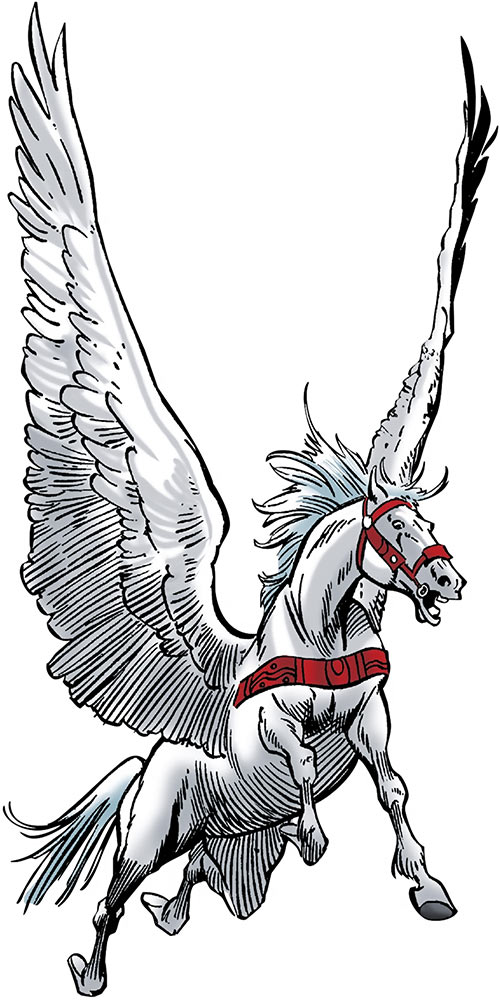