He was created by Tony Isabella  and Trevor von Eeden  , appeared in 1977, and was the first Black character to ever headline a DC comic book. He’s pretty cool.

We’re going for “thin slice” character profiles for Black Lightning. To show how the character evolves, and so everybody has good coverage of their favourite take.

But this also means that there are multiple articles. And we now have just enough that the sequence isn’t always intuitive.

So this guide provides an overview of what’s there to read, and how it fits together.

These versions were essentially the Tony Isabella take, with Mike Barr being another important contributor.

The following entries are meant to be read in order :

From his own, 1977-78 series – and then in multi-features books. The earliest, vintage version of Lightning. 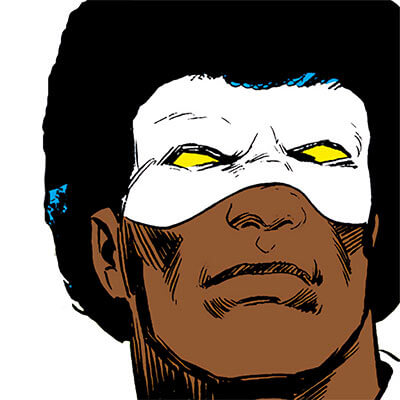 Black Lightning elbows his way back to prominence a few years after the demise of his series. He joins the cast of Batman and the Outsiders, one of DC Comics’ notable 1980s team books.
Which means that it’s time to read our two team profiles about the 1980s Outsiders, wot explain everything that was going on :

This profile covers the Jefferson-specific aspects of his 1980s Outsiders appearances. His powers are a bit weaker during that span. 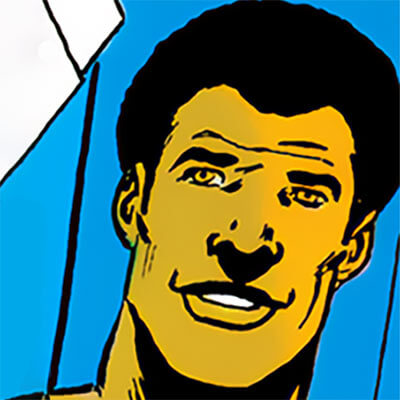 The Outsiders eventually go kaput, and Lightning vanishes for a time. But he returns in his own 1995/96 series, which attempts a return at the gritty street action that marked the original run. 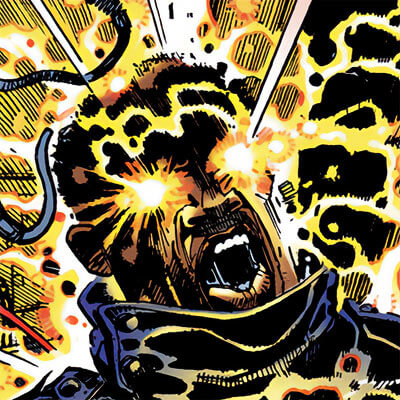 During the 2000s the character evolves under the guidance of Dwayne McDuffie, Jen van Meter, etc.. Jefferson is strongly redefined… and his two teenage daughters make their debuts as heroines.

As of this writing we’ve just reached the point where we could start writing this version if we weren’t drowning in other work. Yay ! 😺

*But* we already have one critical part done. Namely :

1 The 2009, revised origins of Black Lightning.

The 2009 Black Lightning: Year One Limited Series represents Jefferson’s thoroughly modernised origins, including all the new elements such as his daughters. 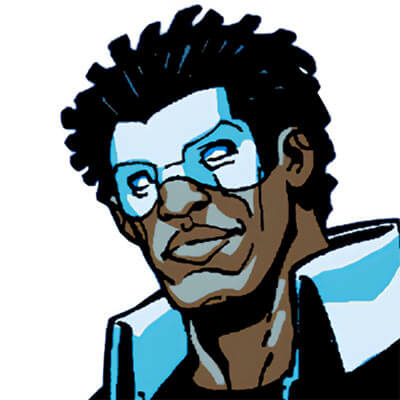 There have been many alternative versions of Black Lightning in other realities. Especially after he became a solid part of the Justice League.

In most cases (especially animated series) there’s no enough data for a profile. But some alternative takes stand out :

1 The Other History of Black Lightning.

The Other History of the DC Universe was a “special projects” Limited Series. It presents a more grounded (pun intended), more direct view of some minority characters in the DC Universe – and the first issue was about Black Lightning. 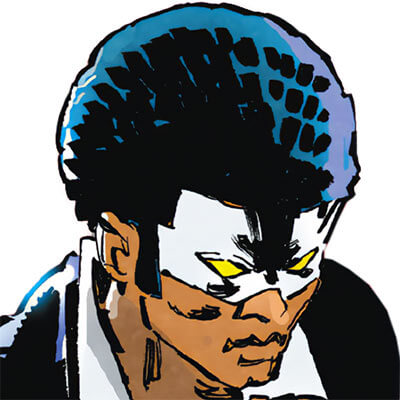 Nothing here yet, but I’m adding this section so I don’t forget about Thunder and Lightning when we *finally* manage to write ’em up.

I can’t think of that many characters who are parallel versions of Black Lightning, but in not-DC-owned universes.

This obscure Robert Kirkman character alludes to Black Lightning when discussing his origin and code name. It’s a weak link though. 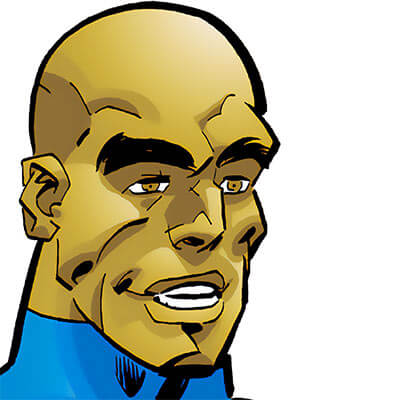 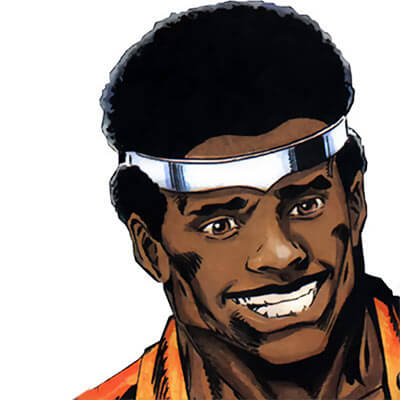