Black Mask may not be a superhuman or a combat monster. But his obsessions and drive — or perhaps more precisely, psychotic ruthlessness — make him highly dangerous.

Roman Sionis was born the wealthy heir to the powerful Janus Cosmetics corporation. However, he had serious psychological problems and an obsession with masks. Driven by his neuroses, he had most of the products of Janus Cosmetics changed to products that hid the face, rather that enhance it.

This strange offer was, of course, a failure. The company fell on hard times financially. Their final, desperate attempt to stay on the market was a waterproof cosmetic which proved highly toxic. The company only avoided bankruptcy due to the friendship between Bruce Wayne and Roman Sionis parents. Janus was thus acquired by Wayne Enterprises.

Having lost the control of his firm due to Wayne’s actions, Sionis blamed him for his failure and swore revenge. Carving himself an ebony mask from the very coffin of his father, Roman became a psychotic criminal known as Black Mask, and set out to murder the new board of directors at Janus.

In a order to sever all ties with his hated “Roman Sionis” identity, Black mask ceremonially put his family estate and his personal belongings to the torch. However there was an accident, and the flames burned the mask, bonding it permanently to his face.

Black Mask became an even more powerful figure during the “No man’s land” crisis. His mob came to rule a large portion of the island and his cult became popular in certain circles, his followers bearing hideous scars over their faces. Huntress (as Batgirl) defeated him and handed him to Batman, who had him placed in Blackgate prison.

Black Mask’s mental state further deteriorated along with the years. He finally had the mask removed, now believing his actual face and scars were a greater testament to his ability to survive than the mask. His face, however, was even more hideous and inhuman than the mask, looking mostly like a charred skull.

As Black Face’s dementia worsened, he became one of the most feared Gotham crimelords. The East End was his kingdom. Even such smooth operators such as the Penguin didn’t go anywhere near him. However, an attempt at expansion in Blüdhaven was repulsed by Nightwing and Blockbuster (Roland Desmond). 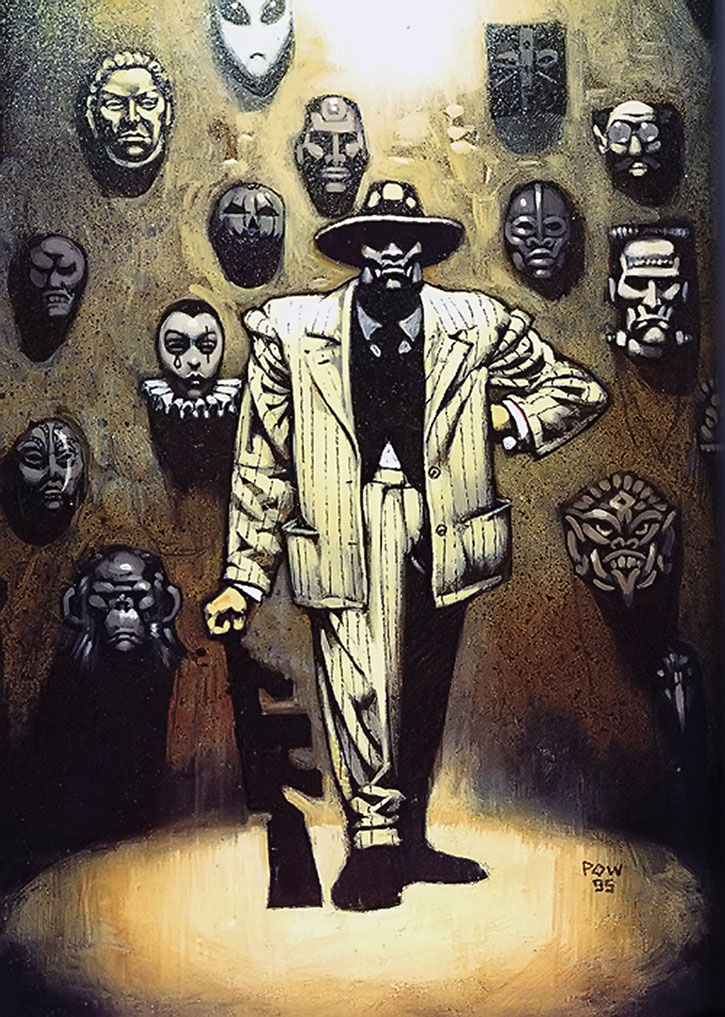 When she started her crusade to become the benevolent empress of the East End and protect its population, Catwoman was unaware that the Black Mask was now the crime boss and puppet master. But she quickly did enough damage to the local criminal infrastructure that he took notice.

His counterstrike would be devastating. One of his underling, Sylvia, was a childhood friend of Selina and knew she was Catwoman. The Black mask and Sylvia started to have the huge community centre Selina had built firebombed into rubble. They then started hitting hard at her loved one.

Her sister Magdalene, who was back into Gotham, had her husband kidnapped, then was kidnapped herself. Holly, Selina’s best friend, was nearly killed. Rescuing her seriously injured Slam Bradley, and Holly was then kidnapped. Black Mask then proceeded to horribly torture Magdalene’s husband, and drove her catatonically mad by force-feeding her the flesh he was removing.

When Catwoman located the hideout, she engaged and defeated Sylvia, then the Black Mask. Sylvia attempted to shoot her from behind, but was herself shot by Holly, which inflicted lasting mental scars on the girl. Catwoman then just watched Black Mask loose his grip and fall to his apparent death.

Black Mask is on a gigantic power and control trip. He wants to be the utter and absolute master of all. He’s not only completely psychotic, but he’s psychotic in an incredibly evil, sadistic, brutal way.

He relishes in being evil incarnate and his brand and control is death, murder, maiming, drugs, torture and all manners of crime. His evil proves his strength, as does his face, and gives him the right to do anything to anyone.

Since having the mask removed Black Mask is even more sadistic. He lusts for torture, especially inflicting torture to the face of helpless persons to demonstrate time and time again how *he* survived it all and his subject won’t. He hits as hard as he can at his victim’s most delicate weaknesses, follows no rules and knows no limits.

“Know that the mask destroys one identity while creating another of deeper drives and greater power.” 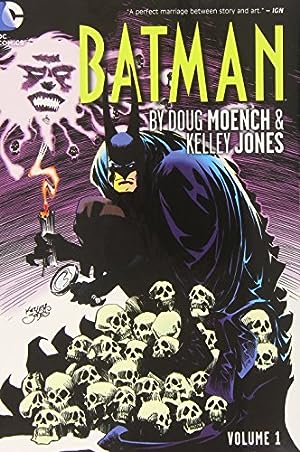 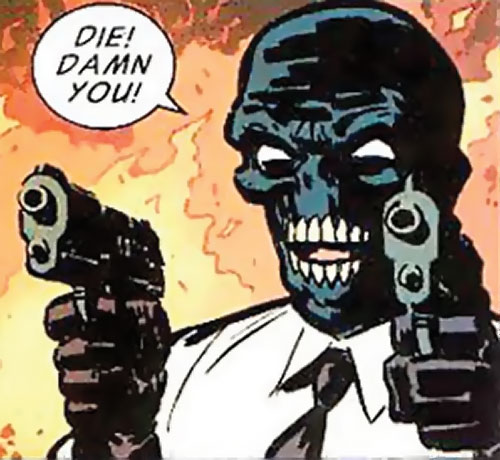 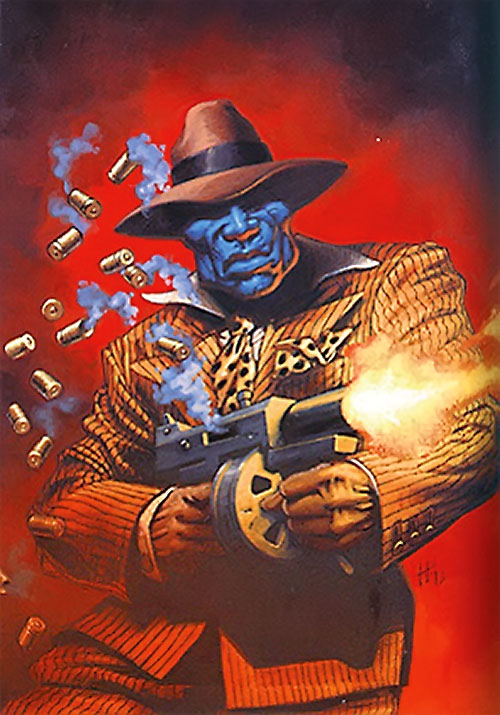 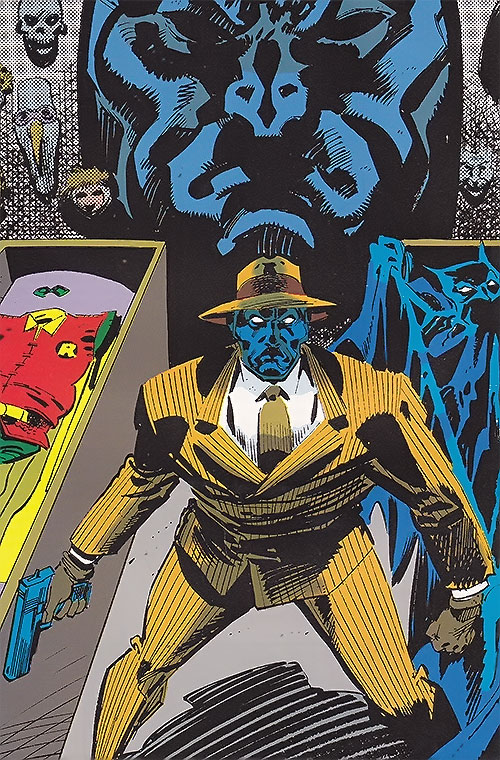