Having lost his place as Black Panther, T’Challa regained some of his abilities through turning to alchemy. Learning the mystic arts from Zawavari, T’Challa had alchemical symbols painted on his body to recover his earlier agility, and to increase his strength beyond what it had previously been.

The markings also offer a degree of protection from magical attacks, and to cloak his presence.

He also combined alchemy with science to create shadow physics, a dangerous discipline which allowed him to:

In combat he tends to fight unarmed, taking advantage of his increased strength.

Sensing a conspiracy within Wakanda, T’Challa began a quiet investigation, first looking for technology spying on him. While initially finding nothing, he was sure it existed, and continued searching, eventually discovering the food supplies had been infected with nanites which had infected everyone around him.

He’d been uninfected, presumably because his powers would make him more likely to sense them.

Unable to confide in anyone around him, he began taking steps to investigate alone. He learned that the conspiracy, the Desturi, was widespread in Wakanda. Gauging the nanite technology indicated an outside associate, he decided he needed to let them make their move in order to draw the traitors into the open.

Summoned to a meeting by Namor, he was offered a seat at the table of the Cabal formed by Norman Osborn. Namor claimed it would allow them to control events in the wake of Osborn’s inevitable fall. T’Challa declined, and Namor departed.

Before he could return home, T’Challa and his Dora Milaje were ambushed by Dr. Doom and an army of Doombots. Badly burned in the attack, T’Challa was saved by his surviving Dora Milaje, who managed to fly him most of the way home, although the craft crash-landed in Wakanda.

T’Challa was seriously wounded, barely alive despite Wakandan medical technology. It was decided that a new Black Panther must be found, to maintain political stability in a Wakanda affected by the global economic turmoil. Queen Ororo declared Shuri, who’d trained her life for the role, would be the most suitable candidate, and she began undergoing the trials.

Ororo and Ramonda sought help from Zawavari, an old Wakandan sorceror, to save T’Challa. He sent Ororo into the spirit world where T’Challa was resisting a manifestation of death. Ororo intended to take T’Challa’s place, although he refused to allow it.

The situation was resolved when Shuri, now the Black Panther, tricked the invading Morlun into also being sent to the spirit world. His soul took T’Challa’s place and allowing both he and Ororo to escape.

It took time for T’Challa to recover. He no longer had the abilities of the Black Panther, the Panther Spirit’s blessing passing on to Shuri.

(Exactly why he lost his abilities is unclear, since Kasper Cole proved that more than one person can have the abilities at a time).

He spent most of his recovery by himself, allowing others to think he was taking his situation hard, apart from Shuri. She was now free of nanites, so she didn’t detect them, and he shared what he knew with her, planning their strategy together.

During his isolation he was actually preparing for his war with Doom, having his Dora Milaje trained to battle Doombots. He also had Zawavari use alchemy to restore his physical capabilities, enhancing his strength, and giving him protection against magic attacks.

When Doom and the Desturi made their move, T’Challa left the country, allowing Ororo and Ramonda to be arrested. Seeking help from the X-Men, Cyclops had to turn him down since he couldn’t risk having their new island nation of Utopia being seen as the aggressor.

He didn’t prevent individual X-Men aiding them though, so Wolverine, Nightcrawler and Colossus joined T’Challa, Shuri, and the Dora Milaje army.

Arriving at the Wakandan border, they were greeted by the army, and a holographic communication from the leader of the Desturi, which he broadcast nationwide. Nightcrawler teleported T’Challa and Shuri to the ruling council, where the pair executed them.

While the rest of their forces kept the army busy, they dealt with the Desturi in the palace. T’Challa confronted Doom, but was unable to stop him escaping with their stored vibranium.

With the aid of the Fantastic Four, they tracked where Doom had the vibranium scattered around the world. They worked out his plans: using little known mystical properties of vibranium, usually too unstable to use, to increase his own power. He’d already used some to create advanced Doombots which defended his facilities, taking a toll on their forces.

They tracked Doom to a hidden section of his castle in Latveria, which had already been raided with no sign of him. Rather than start a war by invading, something Wakanda had never done, they got permission from neighbouring Symkaria, which was in debt to Wakanda, to set up on their side of the border with Latveria.

They then called Doom out, playing on his ego, and he brought his forces to face them.

Doom had the advantage with the Vibranium, and seemed in danger of overwhelming them. So T’Challa used shadow physics to transform all Wakandan vibranium into an inert substance, neutralizing Doom’s army. Doom was beaten, but the Wakandan economy was severely shaken by the loss of the country’s most valuable resource.

He throws himself into preparations for the war he sees on the horizon, taking every advantage he can find. He even learned magic, which he’d previously shied away from as being too unstable.

He’s focussed on stopping Doom and protecting Wakanda, no matter the cost to himself. He was even willing to have Wakanda invade another country (Latveria), something the country had never made in its history, in order to win.

“I don’t care about proving it, Reed. This has gone too far to play politics. Doom humiliated me, murdered my people, and now he threatens the whole world. If war is the only answer, then I will shatter the pillars of Heaven. There is nothing I would not do to stop him.”

It’s unclear which of his Black Panther powers he’s recovered by mystical means, but I’ve assumed that it’s none of them, and that he has a completely different power set for this period.

While he’s stated as being able to speak Egyptian, it’s unclear whether this is the old Egyptian language spoken thousands of years ago, which eventually turned into Coptic, or whether it’s supposed to be the modern Egyptian Arabic.

The situation would allow for the former, although T’Challa would probably be more likely to know the latter (or both). It’s been listed as Egyptian, but can probably be interpreted as either.

It’s also unclear which Arabic he knows. He likely reads Modern standard Arabic (aka standard Arabic aka Literary Arabic), and speaks at least one, probably a few, major regional variants (such as Egyptian Arabic). 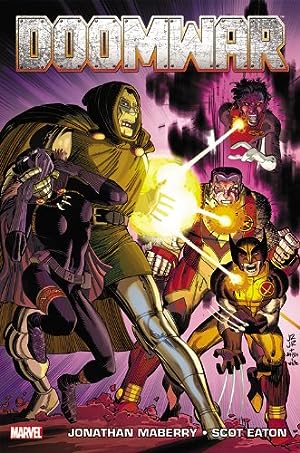 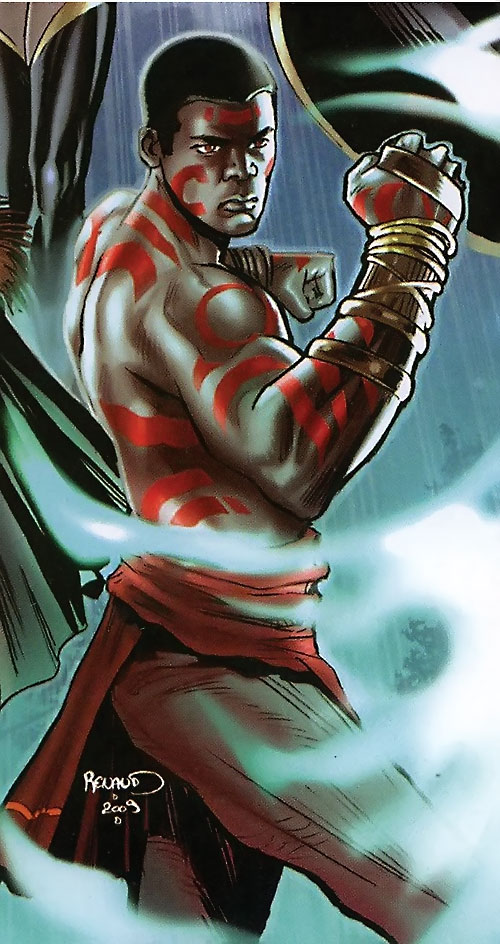