Shuri is a highly trained athlete and fighter. After becoming Black Panther her abilities have been greatly enhanced, making her phenomenally agile and powerful, and enhancing her senses. Her tracking abilities allow her to follow a 12 hour old jungle trail, or a 6 hour old urban trail.

She carries an array of weapons (as described in our game stats) although it’s unclear how many of these are available to her now Wakanda’s vibranium is lost.

The old Panther bodysuit had a vibranium  microwebbing that not only stopped bullets but sapped their momentum. Like older forms of Kevlar, it could be cut if you cut along the grain of the webbing, but couldn’t be punctured conventionally by blunt force. The Panther’s boots had special vibranium soles that absorb sound and impact, enabling her to leap off buildings up to 8 stories tall and land without injury. She could also literally run up the sides of buildings (but could not simply stand on a wall, say the way Spider-Man can), and walk on water.

The Panther’s claws were retractable, and contained a new composite of the experimental ’anti-metal’ vibranium. They could thusbreak down other metal alloys. Her claws could cut through most common metals.

Despite having only a couple of main writers, some discrepancies have occurred in her history. For instance she studied nuclear physics for a couple of years, but later stated she wasn’t the scientist in the family. It is also stated that she’s only 20, when the earliest images of her make her seem at most a few years younger than her brother, who seems to be in his 30s.

These discrepancies are fairly easily glossed over though, especially since the character herself is a retcon.

Shuri was the youngest child of T’Chaka, monarch of Wakanda, and his only child by his second wife, Ramonda. Her father was killed in front of her when she was still young, and her older brother, T’Challa was quick to take revenge on the attacker, Ulysses Klaw.

As she grew she decided she wished to succeed her father as the Black Panther. She trained as hard as her brother for the role. Their uncle, S’Yan acted as regent while they were still young, but had to allow any challengers to face him in the ring once a year for the position.

When she felt ready, she decided to face him, only for her brother to best him before she had the chance. T’Challa became the Black Panther.

While studying nuclear physics for a couple of years, she also developed a reputation as a party girl during her time in America. She was home in Wakanda when a group of mercenaries, led by Klaw, and backed by various international interests, invaded. She was aiding efforts to secure the vibranium mound when their Radioactive Man (Igor Stancheck) infiltrated the collapsed mines and began killing anyone he found.

She returned to America, throwing herself more into the party life as a way to escape what she’d done, and having lost the opportunity to become Black Panther.

She returned home for her brother’s wedding, and stayed there while T’Challa and Storm joined the Fantastic Four.

When US warships threatened Wakanda [note that while these stories seem to give Wakanda a coastline, some versions claim it’s landlocked, or at least not open to oceans], Shuri and her friends snuck on board and were captured by Erik Killmonger, who used her to lure her brother out.

She was in the process of breaking herself out when her rescue arrived.

Deadliest of the Species

When T’Challa was badly wounded following a mysterious meeting, and lay on his deathbed, it was decided a new Black Panther was needed. Ororo announced it should be Shuri, and she leapt at the opportunity.

Undergoing the ritual tests, she passed, and communed with the Panther God . He found her pride made her unsuitable, and refused her, although she survived the encounter (failure usually meant death).

With the totem-eater Morlun hunting her brother, and Ororo having travelled into the spirit world to rescue T’Challa, Shuri assumed the role of the Black Panther anyway. She battled Morlun long enough for them to trap him in the spirit world in T’Challa’s place, letting him return to life.

A shock net in action.

It was pointed out to her that failed applicants for the role of Black Panther didn’t survive, and that the events had been a test which she’d passed. She thus was blessed by the Panther God as the new Black Panther, and became the princess-regent.

As he recovered from his injuries, T’Challa confided in Shuri what he’d learned about the Desturi. This was a conspiracy within Wakanda that apparently had outside help. They had managed to infect most of the royal court with nanite surveillance. She and her brother had been spared due to the danger of their enhanced senses spotting the devices.

They made plans for dealing with the situation, Shuri investigating openly while T’Challa trained the Dora Milaje to battle Doom. (It’s unclear how much he shared with her, in particular given she confronted Namor over T’Challa’s injuries. This may have been to distract attention from T’Challa’s activities.)

Doom and the Desturi put their plan into effect, and Shuri and T’Challa fled Wakanda to give time for all the conspirators to come into the open.

Recruiting some of the X-Men, along with their army of Dora Milaje, they returned to Wakanda, executing the leaders of the Desturi in a surprise attack. They weren’t in time to stop Doom stealing the vibranium reserves, though, and had to start hunting him. Gaining aid from the Fantastic Four, War Machine, and Deadpool, they tracked vibranium traces around the world, battling increasingly sophisticated Doombots which had been powered up with vibranium.

Eventually tracking Doom to a hidden laboratory in Latveria, T’Challa was intent upon invading. Wakanda had never invaded another country in its history, however, so Shuri was unwilling to reign over such an act.

Instead, she called in a favour from Symakria, a neighbour of Latveria which owed a substantial debt to Wakanda. They wiped it clean in exchange for permission to set up on the border with Latveria, which succeeded in drawing Doom out.

The battle was tight, and Doom was winning until T’Challa used Shadow Physics to render all Wakandan vibranium inert. His forces neutralized, Doom soon fell, and Shuri had a spear at his throat, warning that next time he acted against Wakanda she wouldn’t hold back.

Klaws of the Panther

Travelling to the Savage Land to negotiate with Ka-Zar and Shanna for some of the area’s vibranium, Shuri ran afoul of Klaw and A.I.M., who were mining the vibranium themselves.

She helped free the controlled local wildlife, but her hatred of Klaw led her to focus on stopping him rather than a bomb. They were only saved by Storm’s arrival. Lava flooded the vibranium mines, though, so it’d be years before they could be worked again.

Following the trail of A.I.M. and Klaw led her to Madripoor. There she also took the opportunity to get advice from Logan on how to deal with her growing temper. They tracked Savage Land vibranium being sold in the area, finding dead bodies at the locations they searched until finally catching A.I.M. agents at the last location.

Questioning one of the prisoners, they learned of a vibranium stockpile in New York. Travelling to New York, Shuri tried to recruit the Avengers to aid her, but found only Spider-Man available. The pair learned Klaw was forcing the A.I.M. faction to assist him in creating ’The Scream’, a weapon which would allow him to turn everyone in the world into his slaves.

They located and attacked A.I.M.s base, but Klaw escaped to the satellite where The Scream was located.

They learned from the head of the A.I.M. faction that the secret weapon was actually his daughter, Joya, whom Klaw had used as a hostage to ensure their compliance. Klaw had transformed her into M.U.S.I.C., the Multiframe Universal Sonic Integration Codec, a sonic being similar to him.

Black Widow assisted Shuri in infiltrating the satellite, although they had to sacrifice the Wakandan satellite Flea used as a distraction. While the Widow engaged Klaw, Shuri went for M.U.S.I.C., intending to kill her, which the girl wanted. She decided she couldn’t, but her choice convinced Joya to stand up to Klaw, blasting him out into space.

Headstrong, rash, and impulsive, Shuri is less a strategist than her brother, being a far more aggressive Black Panther. She was proud and saw the role as her right, although this arrogance was tempered slightly by her encounter with the Panther God. She has developed a bloodthirsty streak (when under a new writer, strangely enough) which she’s trying to rein in, although that’s hard to do when Klaw is involved.

“What ? No breath for smartass remarks? Pity. I’m new to this — I haven’t begun to get my fill of super hero banter.”

Black Panther: “It’s been a real bitch of a day, sister, and I could really use some recreational violence”
Ohyaku: “I’m so happy to hear you say that. The kill’s no fun without a struggle.”
Black Panther: “Says the mouse to the cat.”

“Face it. You’re just not as scary as you think you are.”

“Wakanda is a tiny nation in the midst of a vast continent that has never known true peace. Our culture, our technology, our art — none of it would have survived, were we not willing to defend it, fiercely and decisively. I am not merely the Princess Regent of Wakanda. I am also the Claws of the Panther God on Earth.”

“Yeah, the smart thing would be to call in some backup. I can have some troops here in 3 hours. But… screw that.” [jumps into action]

In addition to having the general resources of Wakanda usually close at hand, Shuri has a dedicated support team, most of whom travel with her.

Flea occupies the satellite in geo-synchronous orbit, which constantly monitors Shuri and her surroundings. This functionally gives her 10 AP of Acuity. The satellite was recently destroyed in Shuri’s clash with Klaw, and it’s unknown whether Wakanda can now afford a replacement.

M’Yra is her Dora Milaje bodyguard, also acting as her chauffeur when abroad. For rough Dora Milaje stats see the Previous Stats section of Malice (Nakia)‘s profile until I get around to doing a separate Dora Milaje entry.

Professor N’Iix is her technical support, with 8 AP of Gadgetry and Scientist.

Zakar is Chief of Wakandan Security, and while he can act as an elite soldier, his main role as far as PRIDE is concerned is as a tactical advisor.

Before Wakandan vibranium was rendered inert her Wealth was 20, and her costume was vibranium-weave, with the following abilities:

While vibranium was still available she also had access to a set of vibranium armor, with which she was able to go toe-to-toe with Namor: Vibranium Armor [/BODY/ 10 /STR/ 12, Kinetic Absorption: 06, Vibe: 12]. 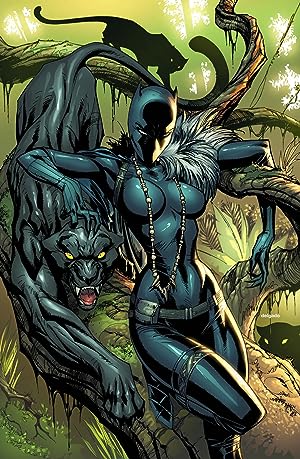 Black Panther: Deadliest of the Species