When not clad in his strength-augmenting uniform, Zack possesses the normal human strength one would expect to find in a youth of his age, height and build who engages in regular exercise.

With his strength augmented by his uniform, Zack can lift (press) at least 500lbs directly overhead.

Zack possesses a number of superhuman powers derived from his(presumably) mystic augmentation uniform. The uniform heightens his strength and durability; effectively rendering his invulnerable to damage from firearms, large impacts, falls and even massive explosions.

It also enhances his stamina, agility and reflexes to levels comparable to those possessed by most Olympic athletes and grants him the ability to leap inhuman distances.

Zack is highly athletic, and is able to perform various gymnastic feats and dance with great grace and style. He is also a superb martial artist and has even created his own martial arts style; “Hip-Hop-Kido” (a fusion of Karate and various dance moves).

As the Black Ranger, Zack wields the standard Ranger sidearm into battle; a Blade Blaster. The Blade Blaster is a small high-tech dagger like weapon that can be quickly converted into a high-powered laser gun.

Additionally, Zack can summon a weapon called the Power Axe. This large and heavy weapon has a single large blade which Zack uses to deadly effect.

When necessary, Zack can slide the base of the axe-head downwards towards the end of the weapon’s hilt, converting it into a cannon-like weapon that can fire wicked blasts of energy at his foes.

When combined with the other Rangers’ “Power Weapons,” the Power Axe forms the main portion of the large crossbow like weapon; the Power Blaster.

Zack utilizes a Wrist Communicator to keep in close contact with his fellow Rangers and Zordon in the command centre. The communicator appears to be watch-like device that Zack wears on his left wrist.

In addition to its standard cell-phone like features, the Wrist Communicator can access the Rangers’ Command Center’s Teleportation system remotely.&emspThis allows Zack to teleport whisever she needs to go at will.

Finally, while clad in his Black Ranger Uniform Zack gains the ability to summon and pilot the Mastodon Dinozord. 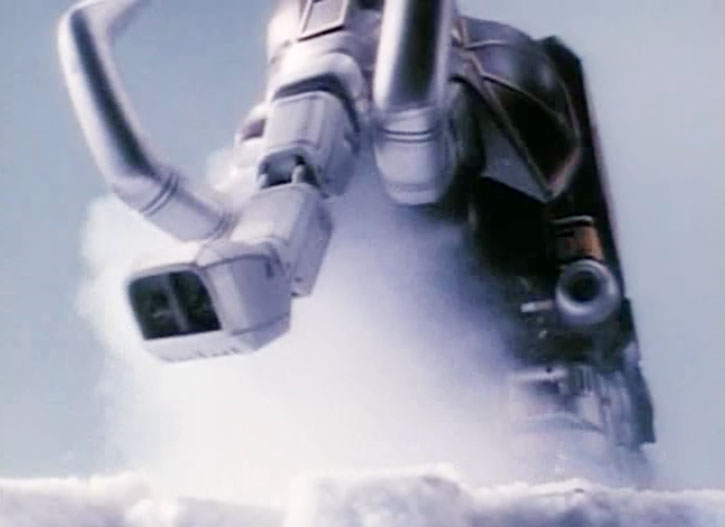 When not in use, Zack’s Black Ranger uniform presumably exists invisibly and immaterially about his body. In order to cause the suit to manifest itself in the material world, Zack must hold aloft his Power-Morpher (which contains his “Power Coin”) and utter the command “Mastodon.”

Until he does so, Zack is a normal human teenager and is quite vulnerable to conventional injury.

(A general history of the Power Rangers can be found in the team’s own WORG entry).

Zack is a good-looking African-American teenager with deep brown eyes and dark black hair. His build is slim yet muscular, like the build one would find in a trained dancer or gymnast. Curiously, Zack is missing the middle finger on his left hand (how or why was never revealed or even mentioned in the show).

Over the course of the show, Zack’s hair length and style followed the trends in African-American culture. Initially, it was cut into the “high-top”  style (long and high on the top of the scalp while “faded” on the sides).

By the end of the second season, it had grown long enough for Zack to plait his hair into many tight braids that hung down to his ears. 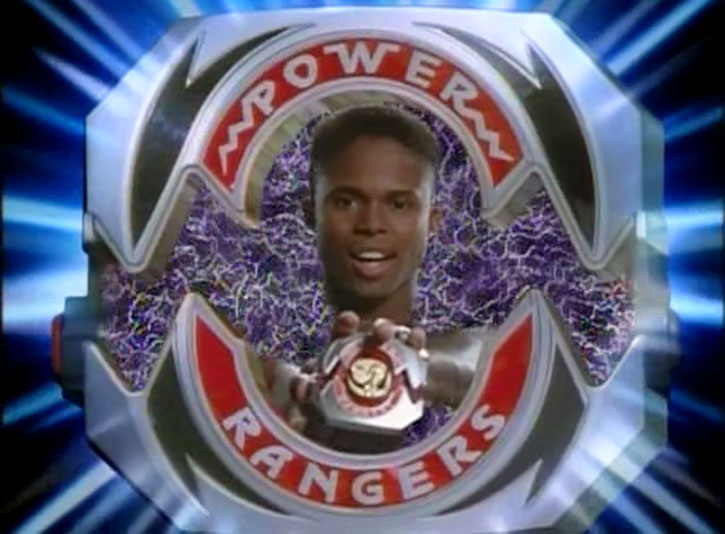 Unlike the other Rangers, Zack’s wardrobe is rarely limited to the colours of his Ranger designation (which was black). Instead, Zack’s wardrobe follows the trends that can be found in African-American culture at the time of the show (much like his hair).

While black is always a part of his ensemble, Zack can often be found wearing other bright vibrant colours, including yellows, reds and greens (Zack often wears tops emblazoned with the colours of the pan-African flag).

When his powers are active, Zack is clothed in his form-fitting Spandex body suit. Three white diamonds are featured prominently across the chest, upper shoulders and the middle of the back of the costume. His hands and forearms are covered by a pair of white gloves that have triangular diamonds at the upper end of the gloves. His feet are covered by a similar pair of white boots.

Situated around the middle of his waist sits a pure white belt that holds Zack’s Power-Morpher in the place of a belt buckle. Outside of all of the white, the rest of the costume is a dark black. 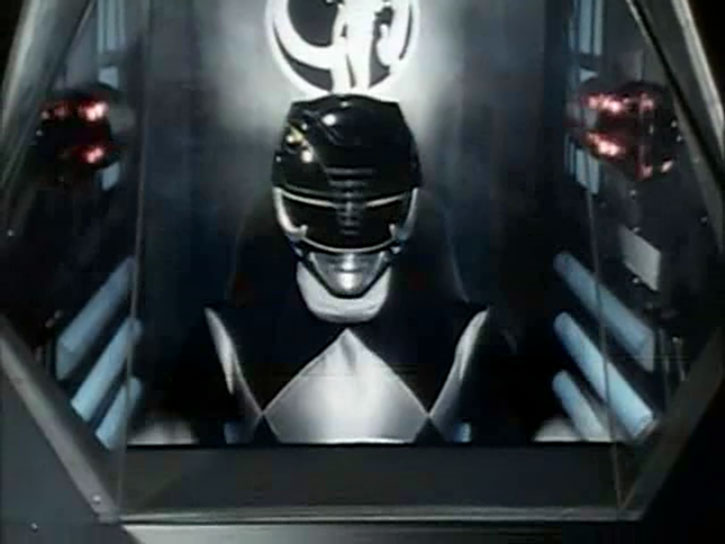 Like many characters found in television shows designed for young children, Zack is good to a fault. He is excessively polite, motivated, cheerful, civically minded and brave to a fault. He will fight to the bitter end to foil the plans of Rita Repulsa and his minions.

Zack’s standout personality trait is his general enthusiasm and upbeat attitude. He is the group’s clown and perennial prankster. Zack loves to be the center of attention, and often dances in front of the others.

He is also the group’s romantic and spent much of the first two seasons pursuing a young woman named Angela whose heart he eventually wins.

“You’ve messed with my friends, and now I’m gonna mess with you ! Time for you to learn what Mastodon power is all about. Let’s see how you like my deep freeze! Nighty-night, web-face !”

“Speakin’ of happy endings, I left Angela sittin’ back at the theater ! If I don’t get back before the curtain goes down, it’s gonna be curtains for me. I’m outta here. See ya.” 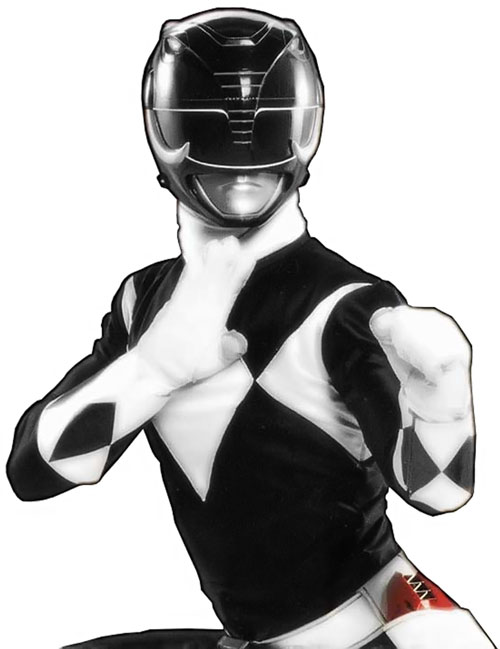 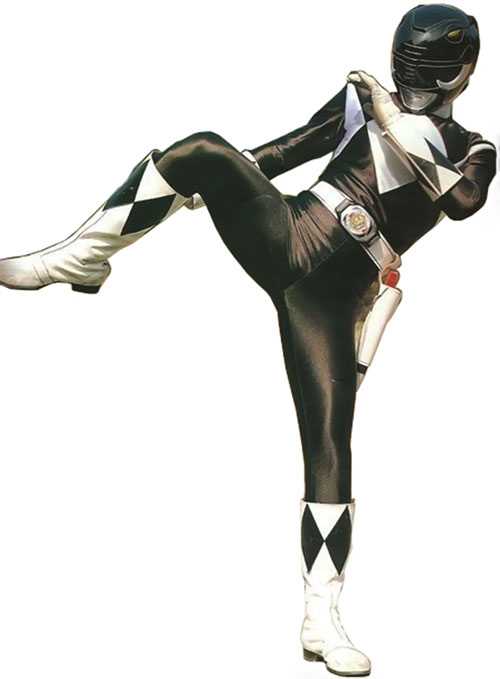 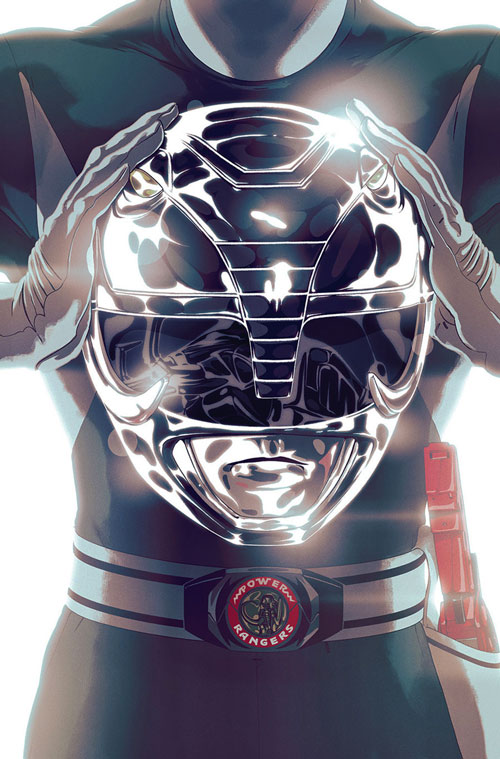 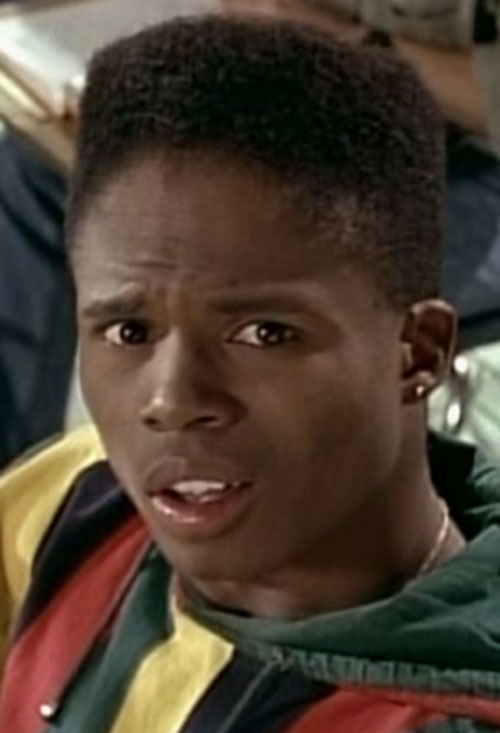 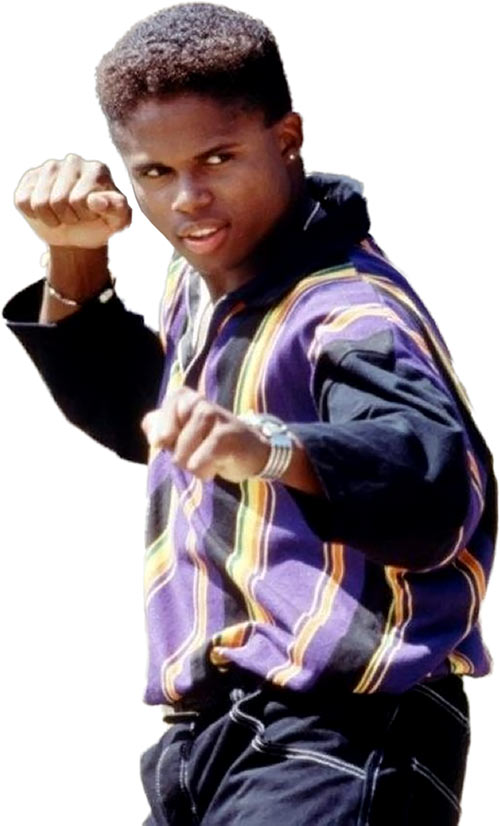 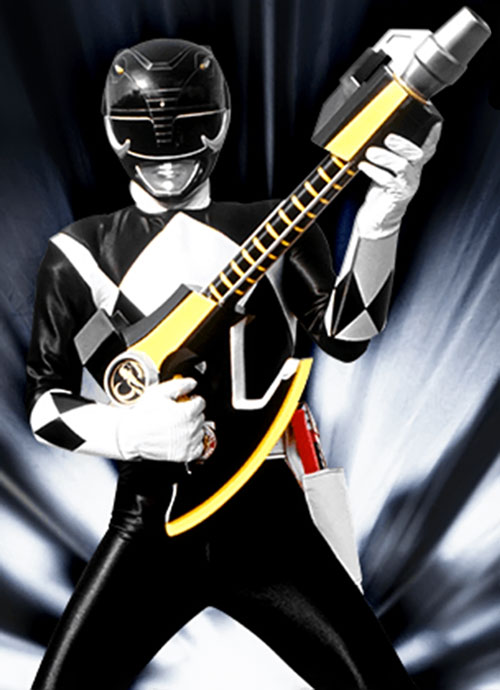 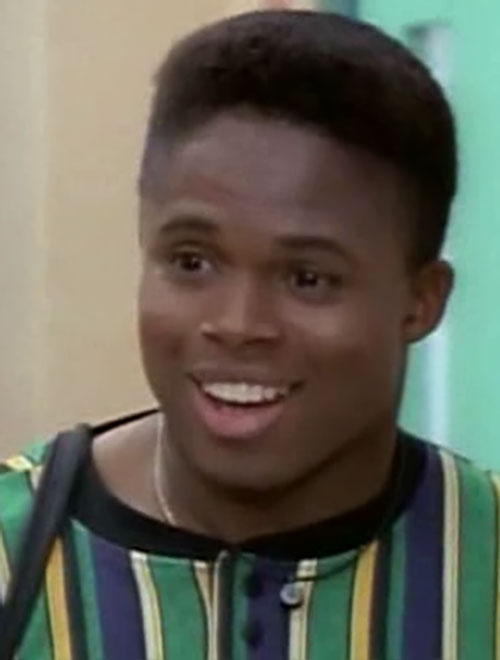