Don’t be ashamed to scream – it helps to relieve the tension.

These powerful giant scorpions appear in the 1957 movie The Black Scorpion. It is another Ray Harryhausen stop animation classic.

Another giant bug movie, crawling alongside Them! and Tarantula.

These giant-sized scorpions have the same menacing pinchers and stinging tail as the smaller versions.

Their exoskeleton is far tougher than what you might expect. It can endure repeated tank fire and a hail of bullets with no effect whatsoever.

The Black Scorpion, the largest one, was strong enough to stop an express train at full speed.

Its poison killed all that encountered it, even those of its own kind. 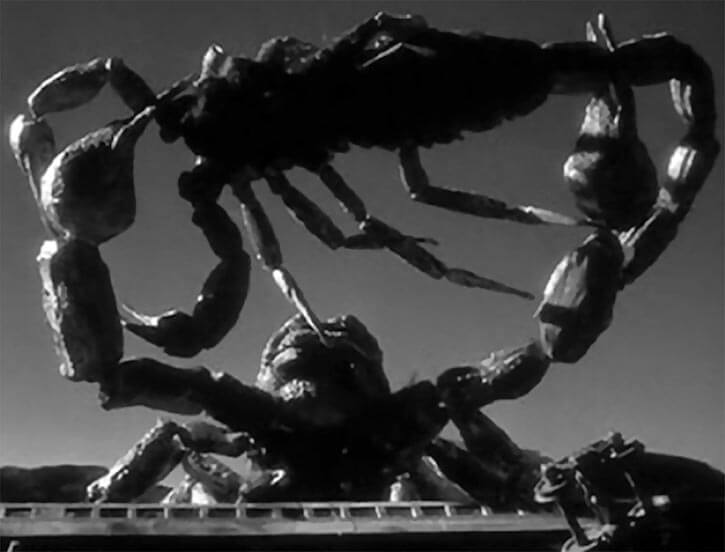 Earthquakes and volcanic activity wreaked havoc on a Mexican village, SN. Lorenzo. The most violent eruptions of modern times.

Due to the remoteness of the village, there was worry aid would have difficulty reaching them. All communication with the village had been lost.

A couple of geologists from Mexico City, Hank Scott and Artur Ramos, made their way towards the village.

By night, their jeep overheated. They stopped at a broken, empty farmhouse. Something terrible had happened there.

A police officer was found dead. Every cartridge from his weapon fired. The only survivor was a baby. Hank took the baby to SN. Lorenzo.

On arrival, they met Father Delgado, who was leading as best he could. But they needed supplies. Hank turned the baby over to villagers who recognized him and knew his family.

As it turned out, the villagers had been disappearing one by one. A group of superstitious cowboys, who refused to work in the area, claimed it was a demon bull.

(This might be a reference to the cadejo, a supernatural creature in Central American Folklore.)

Hank and Artur learned that many villagers had come up missing. A few had been found dead.

The following day, the military and the Red Cross arrived with much-needed supplies. Hank and Artur headed towards the volcano looking for answers. They found instead, Teresa Alvarez a wealthy cattle woman. She would become Hank’s love interest.

They next found answers with one Dr. Delacruz. Delacruz deemed the cause of death to be poison. Venom to be exact.

Hank, Artur, and many of Teresa’s men fought back with rifles and pistols, to no effect.

The survivors regrouped around Father Delgado and the renowned Dr. Velasco. Velasco had a plan, involving poison gas. They took a huge group of men and searched for the scorpion’s nest during the day. An unfortunate horseman found a great opening in the Earth and fell in.

Hank and Artur rode a crane down to investigate below ground. They found several giant scorpions, striving with one another for food.

A scorpion attacked the crane. The poison gas canisters were lost in the attack and they barely made it out alive.

A decision was made to blast the opening before nightfall.

…. and scorpion attacks resumed. Back in Mexico City, a secret meeting was held to discuss what to do.

An express train was derailed when it hit the largest of the scorpions. The grand-daddy of them all. Perhaps it thought the train was like the giant underground worms it normally preyed on.

The black scorpion then headed for Mexico City. Hank, Artur, Dr. Velasco, and the military moved all their equipment to a stadium. They lured the scorpion with a truck full of slaughtered cattle.

600,000 volts of electricity would be put through a harpoon and an insulated copper line. To kill the beast, they planned to fire the harpoon into the soft spot of the scorpion’s neck. A good plan, but will it work? 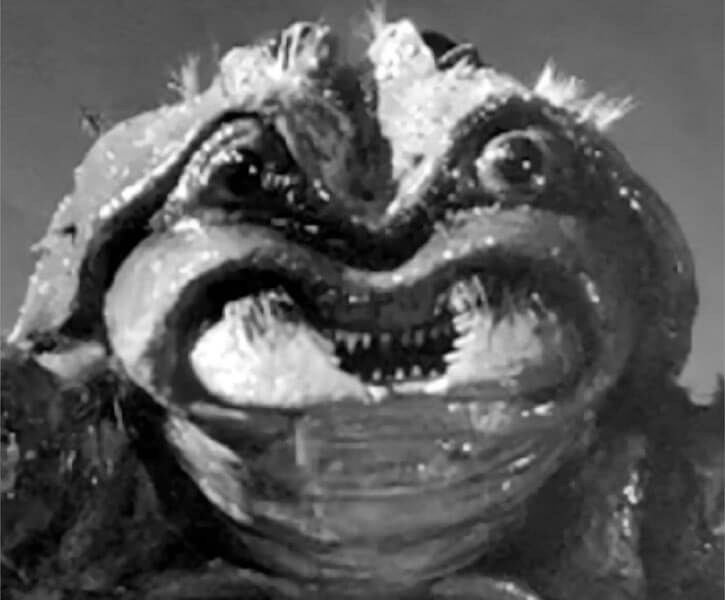 They look a lot like normal scorpions. Except their face is slime covered, and their eyes more humanoid-like.

These monsters act almost completely on instinct.  When they see prey, they charge forward, rushing madly.

The Scorpions fight one another for dominance. They have no problem killing weaker scorpions to eliminate competition. 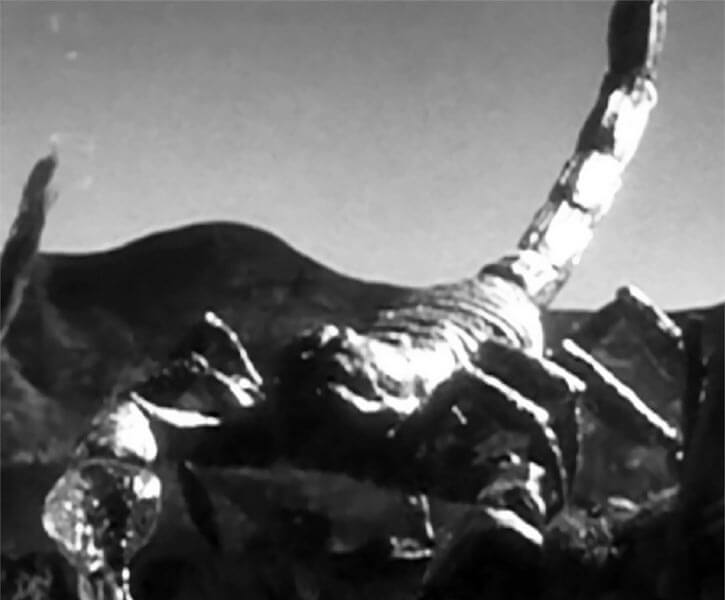 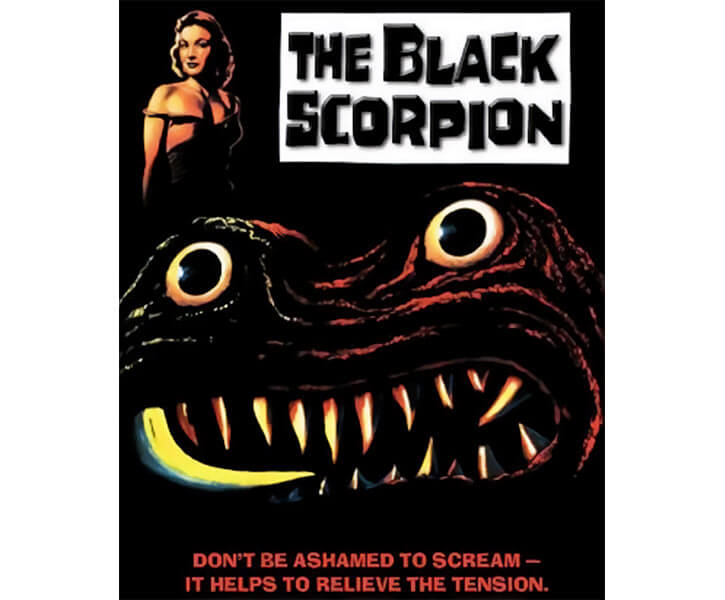 The Poison Touch was deadly enough to insta-kill the other scorpions with one injection.

9 APs of growth allow for 3 APs of increased Running. So, it can reach a 05 AP run speed. The smaller scorpions have a 2 APs increase and 04 AP run speed.

Scorpions are long instead of tall. The first 6 APs of Growth are for their height (24′) — 4 Aps for the smaller (16′) ones — while the remaining 3 covers their length.

These scorpions may have a Digging power. Or maybe they let their prey, the giant worms do the digging.

Source of Character: The 1957 movie The Black Scorpion.