A very, very minor DC character seen in Batman titles. Mob enforcer with some cinematic  skills who went masked for a bit.

LaMonica is a competent enforcer, with excellent people skills. He almost managed to infiltrate the False Face Society of Gotham and later proved able to silently make his way through numerous False Facers with a knife.

While he cannot compare to most costumed adventurers, he’s also a good athlete and combatant.

Johnny LaMonica used to be on the crew of a mobster named Terraros. But Terraros’s career didn’t end well and LaMonica went freelance.

As he was known as a smooth operator, he was hired in Gotham by the Turk. The Turk had supposedly gone straight, but was actually plotting to make his criminal comeback. He hired LaMonica to infiltrate the False Facers and take out Black Mask.

LaMonica met Black Mask. As his False Facer identity he took a neat mask and stole the name of a deceased vigilante, the Black Spider. The new Black Spider’s probationary kill before he could wear the colours was to murder a person of his choice at the next Wayne Manor masked ball.

The hit went sour when Bruce Wayne “accidentally” shoved him to waste his shot. LaMonica barely escaped the Batman.

Having failed to make bones, LaMonica was unlikely to ever infiltrate Black Mask’s crew. However, being quite confident, he told the Turk he would ice Black Mask anyway. LaMonica returned to Black Mask’s H.Q., where he silently knifed his way through the guards.

He was about to shoot Black Mask from cover when the Batman intervened. Black Mask escaped. The Black Spider II was thrown face-first through plate glass, disfiguring him.

LaMonica eventually got out and resumed working a skilled connected guy. But he ran into trouble with the BTM (Burnley Town Massive) gang. The resultant commotion attracted Det. Montoya and Det. Allen, who were having dinner nearly. 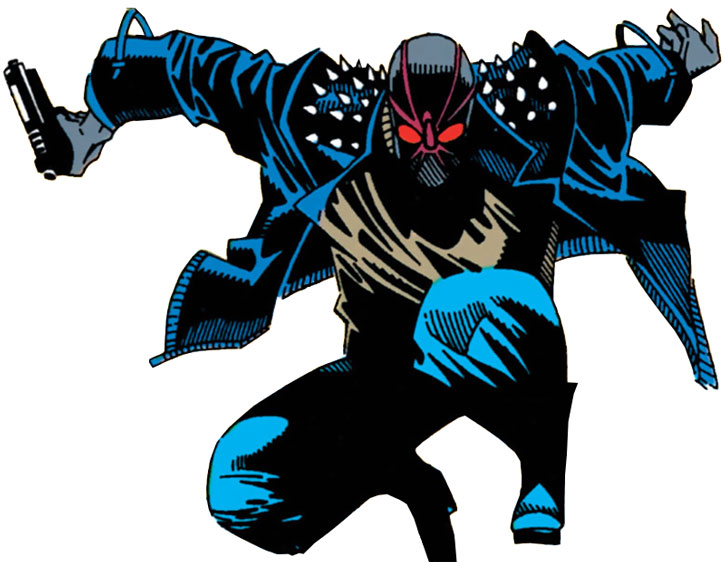 The cops arrested the two survivors of the BTM crew chasing LaMonica. But a minute later LaMonica proved to be faster than Montoya. He shot her four times in the chest, knocking her down and breaking two ribs. The Black Spider then closed in for a head shot, to bypass Montoya’s vest.

However, he was surprised by Montoya’s partner Cris Allen. Allen emptied his handgun into LaMonica – killing him and saving Montoya’s life.

LaMonica may have been wearing a costume at the time of his death. The shootout occurred in very bad visibility conditions, so it is hard to tell.

How LaMonica’s face looked after the accident is unknown, but it seems pretty bad.

LaMonica used to be a smooth, suave, confident mobster. He excelled at not showing any stress, even with a gun shoved in his face.

He considered himself a handsome man, and wasn’t modest at all about it. His features were very important to him. Thus, it is likely that the disfigurement turned him into some sort of Gotham City psycho.

When it comes to action, LaMonica is calm, efficient, and ruthless. He seems quite experienced at high-stress occupations (such as undercover job against mad-dog psycho killers like Black Mask), and may have a military background.

“By the way, chief, I take pride in that nose never being broken yet.” 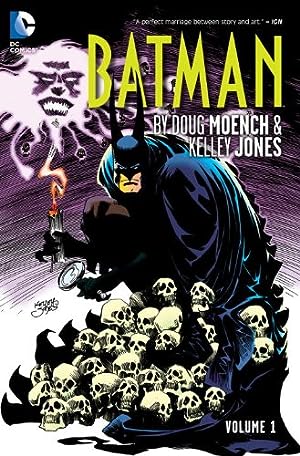 Batman by Moench and Jones vol. 1 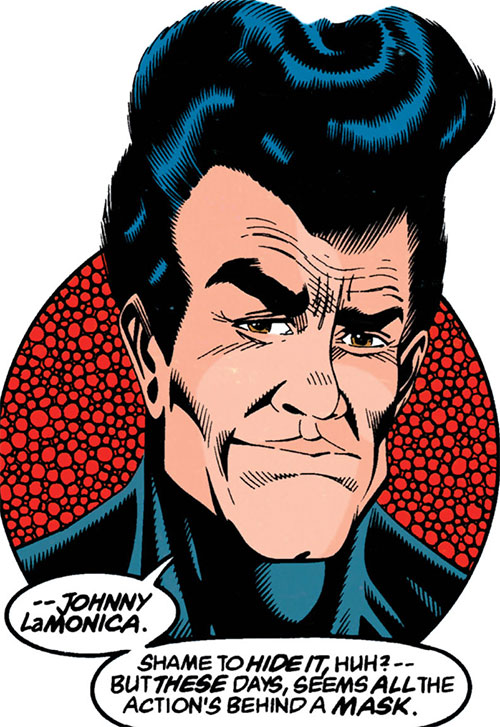