If you’re new to writeups.org and came via Google, we are an encyclopaedia about comic book characters, video game characters and the like.

The Black Widow is a superlative spy and covert agent. Howbeit those skills are not seen in the game, where she acts as a field operative and a stealthy fighter.

Her command of the martial arts is world-class. She particularly excels with leg-sweeping moves to take her opponents to the floor, and precise roundhouse kicks that can kill a man in one blow.

Her general style (at least in this build) is that of a high-tech super-ninja agent. She packs the very best intrusion and murder technology. She makes the hardest missions seem effortless.

Thanks to her connections and seniority with S.H.I.E.L.D., the Widow can arrange for considerable backup at key points of difficult missions. This goes up to a mini-cruise-missiles strike followed by a squad of armoured, heavily armed agents swooping in using jet packs.

Natasha Romanoff gets all the latest comic book field prototypes, in the version that actually works. Her arsenal includes :

Her master weapon is the Twilight cloaking device. This is a comic book super-science device that can make her semi-invisible for 10-15 seconds. From its in-game effect it appears to distort space (diffracting light away, and thus making the Widow a shimmering transparent presence) and time (slowing those around her).

In this world, S.H.I.E.LD. clearly has an excellent command of using Pym particles. They use these to shrink equipment for storage and restore it to working size within seconds. This seems to be the case for Black Widow’s crotch rocket. Thus she can carry her bike in her pack (or perhaps even a vest pouch) when she’s not riding it.

The Widow has other weapons, but they’re not used in this build.

Our game stats assume that the “roll forward and become invisible” move in the video game is simplified and action-ified from the purposes of an Action/Adventure Computer RPG. The hypothesis is that she’s actually sneaking around and progressing stealthily along walls and ceilings (using micro-suction cups in the costume) to evade opponents and deliver attacks from stealth.

This version of the Black Widow is a mish-mash of comic book versions of the Widow and her Scarlett Johansson incarnation on the big screen. Her past is unrevealed, but probably resembles the movie version’s more.

The Widow usually speaks with a smouldering “Hollywood Slavic” accent, though she can presumably change it as desired.

The Widow is a superior, stone-cold professional with an impressive track record and tonnes of experience. And she knows it.

She tends to come across as haughty and mockingly sarcastic, often deriding her opponents’ performance.

“No medals, please. I’m running out of room.”

“Patience and time are the two most powerful warriors.”

(Over her fallen opponents) “I’ll be generous and call that a fight.”

“There is no ’mastery‘. Only constant improvement.”

As a Diablo-like, Marvel Heroes 201X uses numerous bits of video game logic and framing, and features action that only makes sense in a video game. Most of these aspects aren’t particularly interesting, but the scaling does draw attention.

Though the characters have their own skills, powers and mechanisms they are all of roughly equivalent power levels, with minor deviations.

Thus, for instance, the Black Widow can beat the Juggernaut (though this represents removing his helmet so a remote telepath can take him out) or a full-scale simulation of this reality’s Hulk returning from space during the World War Hulk events.

A soft cap of 10 to EV and 08 to RV thus seems appropriate to model Player Characters. These are clearly, obviously superhuman numbers but in DC Heroes it’s not too removed from what can be achieved via world-class Martial Artist scores and using high-powered weapons with speciality ammunition.

The HPs are set to 050 – high enough for lengthy missions, but not so high that getting mobbed by tough guys isn’t a problem (in the video game these would be “elite” mobs). 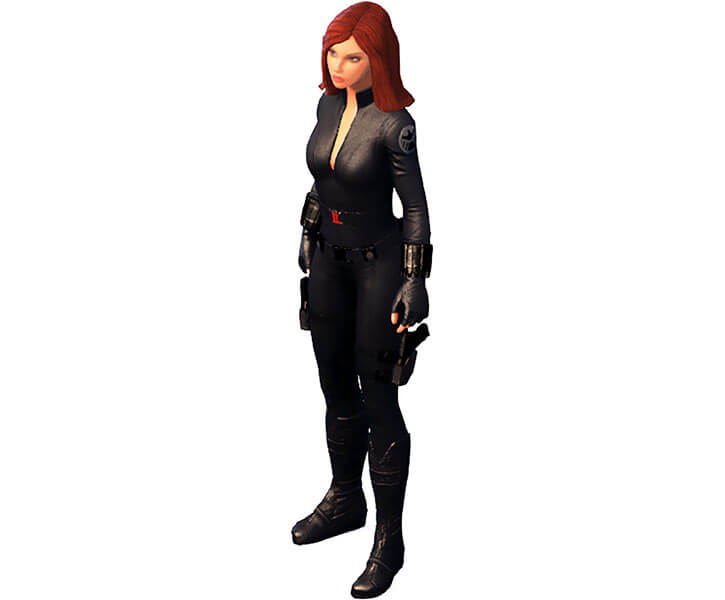 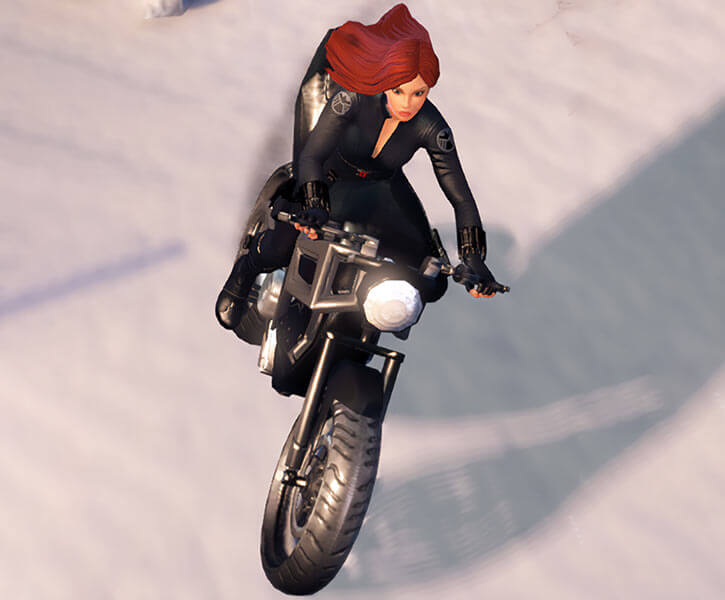