This here second writeup covers Blackout during the second half of the 1990s and perhaps the early 2000s. In terms of appearances this writeup corresponds to but a few appearances in the the mid-1990s, and Blackout then spends ten years in comic book limbo .

Blackout retains much of his Lilin and artificial powers. However, he has recovered from his long and grotesquely bloody descent into darkness.

While he’s not as brutally strong or powerful as before, he’s thus :

Blackout survived his seeming death at Lilith’s hands in the Arctic. Reportedly, Lilith resurrected those descendants whose life-force she’d had to drain.

The amnesiac Lilin somehow stumbled back to New York City. Over the months he spent in a daze, his low-key recuperative abilities patched his broken face together. That gave him back his fine vampire chic features.

He now sustained himself by drinking human blood, which apparently helped restore his memory. After killing three frat boys harassing him and drinking their blood, he recovered his memories and lucidity.

Lifestyles of the rich and famous

Along with his face, Blackout has regained his rationality. No longer obsessed with death and darkness, he returned to his existence as a successful New York City assassin with numerous mob connections. Though he was still a sadistic murderer with typical serial killer fixations, he was no longer completely out of control.

Blackout quickly killed his way back into a life of Manhattan luxury. He also renewed ties with Linda Wei, a TV journalist who had been “given” to him by Deathwatch back in the days.

Wei had launched her career by under-reporting Deathwatch in exchange for intelligence on his rivals. But she found herself essentially owned by the morbid crime-lord. Blackout killed Wei’s current lover – a big-shot TV executive Wei was seeing to further advance her career.

Blackout knew that being a killer in New York City would eventually mean a clash with the Ghost Rider. He confronted the spirit and offered to leave Ketch’s family alone in exchange for the Rider not coming after him. The Rider refused, and Blackout had to escape.

The situation kept deteriorating. Not only did more killing contract mean more blood susceptible of attracting the Rider, but Wei contacted Ketch to request that he kill Blackout. The Rider also refused that deal.

When Blackout tried to close a contract by killing the assistant DA and his family, the Rider stopped him and broke his arm. Howbeit, the assassin escaped. Linda Wei made a TV broadcast about the DA, having decided to then kill herself on the air to escape from Blackout. But the Lilin stopped her at the last second and killed her himself.

Blackout later killed a young woman about to jump from the Brooklyn Bridge. He was annoyed by her indecision about suicide. This gave a lead for the Rider to find Blackout, and the overconfident Lilin was defeated.

The Spirit of Vengeance left him tied atop a skyscraper to be exposed to the sun. The severely burned Blackout was eventually found and sent to the super-high-security detention facility, the Raft.

His terrible burns healed over several months. His face returned to the appearance it had while he served Lillith – somewhat disfigured, but not completely so. It is likely that it was the result of his burns. His regenerative powers presumably now needed years to fix his face due to the heavy and repeated damage to the tissues.

Blackout has returned to being a professional assassin. He gets in, kills his target, maybe kills a few people on the side, gets out, and gets paid. He now only kill for money or for clear personal reasons rather than massacring random people.

He is mostly interested in luxury, refining his style, and a little blood-tasting.

Blackout now affects a dominating-Toreador-clan-vampire  style. This comes with a large helping of overconfidence – neglecting the fact that other people have Hero Points , too.

“What was I thinking when I threw my lot with [Lilith] ? Perhaps it is time for me to go back into therapy. It is best that I think of that time as nothing more than a bad dream. Now is a time for healing. My face is healed… time to attend to the rest of my life.”

(While holding a security guard hostage, to Ghost Rider) “I feel much more clear-headed now. I want to get on with my life. Leave me alone and I will do the same for you. Let us both perform our individual jobs whilst ignoring the other, what do you say ?”

“Listen to the gentleman, Linda dear. Apparently he has a fear of darkness. A fear that will not be a concern for much longer.” (Kills Linda Wei’s lover) 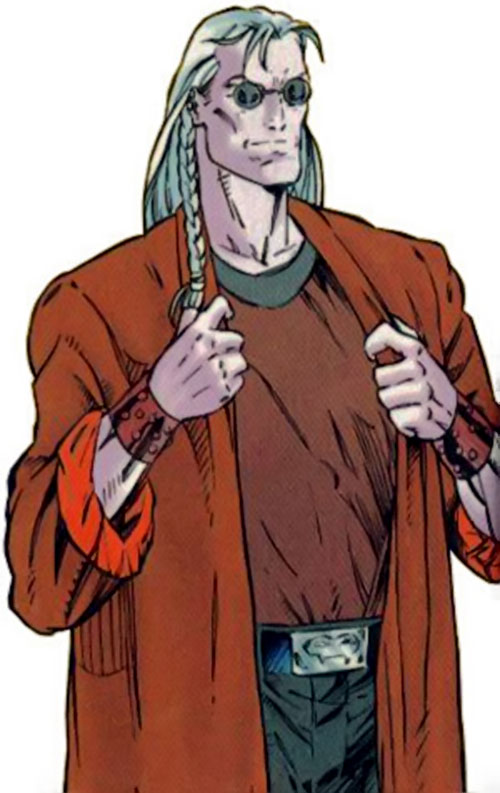 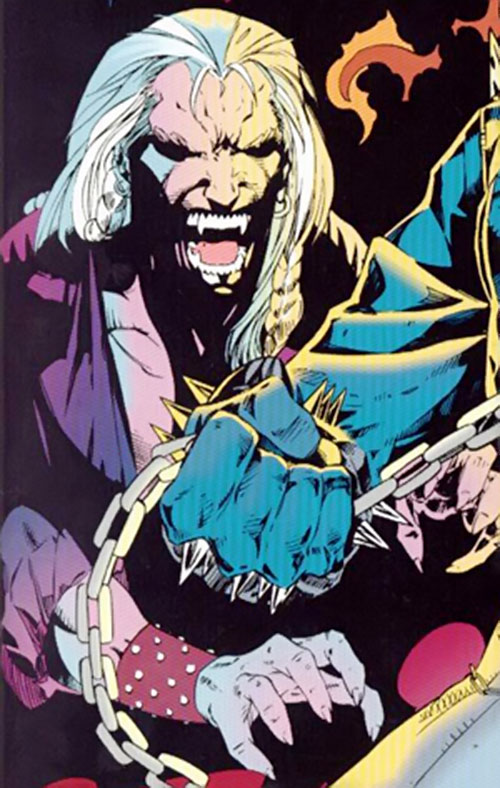 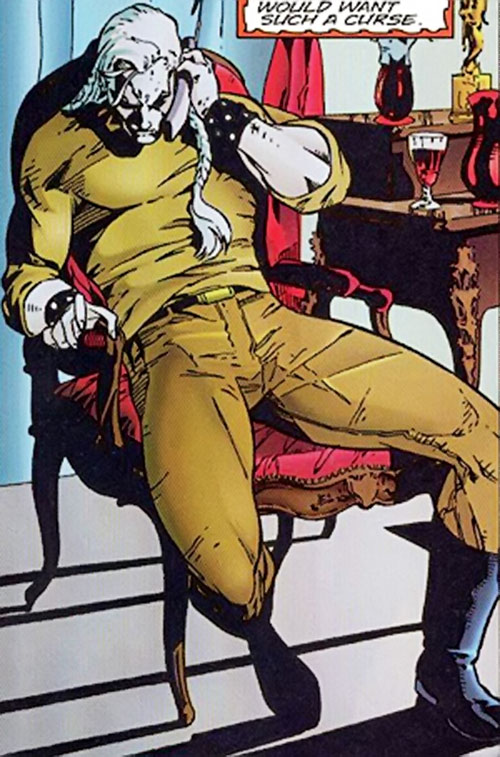