Heavy Mettle is an obscure Marvel Comics criminal team. They fought the New Warriors during the 2000s.

They are a convenient, low-powered bunch that is easy to use in your own stories.

The Blackwing suit is an unusual-looking flying suit. It has a jet pack and powered membranous wings worn like sleeves. It is lightly armoured and can fly quite fast.

Blackwing demonstrated considerable agility in the air. Thus, a favourite tactic is to use her superior manoeuvrability to make pursuers crash into obstacles. In DC Heroes RPG terms, that’s a Dupe Manoeuvre. 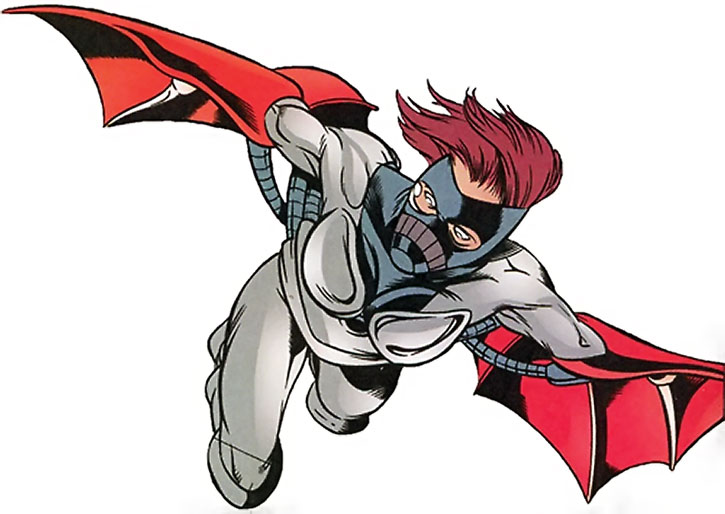 Heavy Mettle is a team of operatives wielding high technology weapons, usually as light power armour . They were assembled by Joe Silvermane when he started running the Silvermane family of the Maggia.

In 2009 they registered with the Initiative. Heavy Mettle members were tapped for the second version of the Shadow Initiative. This unit no longer was an elite black ops squad, but a trap for cannon fodder troops. The Shadow Initiative was spent retaking the 42 Prison in the Negative Zone, to soften the alien opposition therein before more valuable assets would move in.

Blackwing seemed to be the least disciplined of Heavy Mettle’s members. She is somewhat flighty and temperamental. She apparently was very happy with her life (especially the money and the freedom she enjoyed as a merc), and had somehow developed the theory that super-heroes were just jealous of people like Heavy Mettle.

“You’re just mad because you don’t have the courage to do what we do. We use our talents to suit nobody but us. And you’re so jealous I can smell it.”

Bonuses and Limitations:
Evasion only when using a suit she has extensive training with (such as the Blackwing II suit).

Defensive Roll 1, plus her in-flight Advantages.

Favoured Environment is not taken into account in PL computations, but the rest assumes her in-flight scores. Her armour’s Protection is counted at 50% for defensive PL computations. 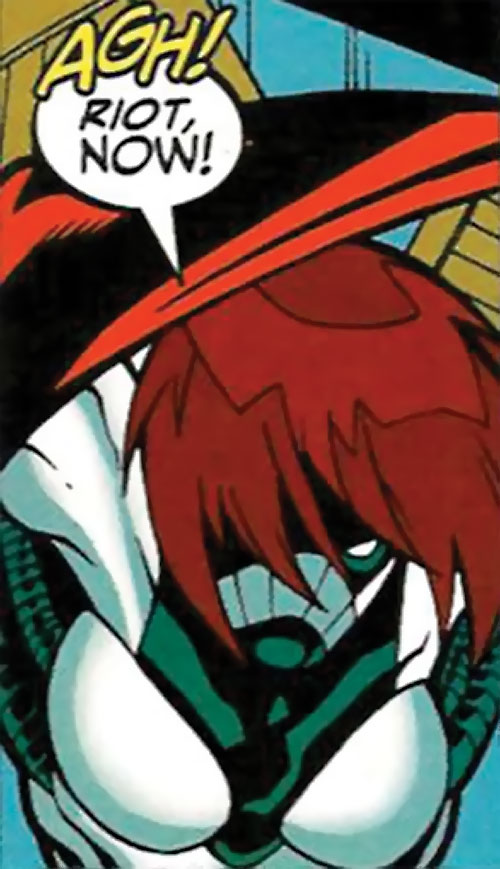