Blaster was able to fly and fire beams of force.

Over time the number of mutants dwindled as more and more of the births resulted in baseline humans. The mutants became an elite ruling over the humans with an iron hand, with Rancor the undisputed leader of the mutants. 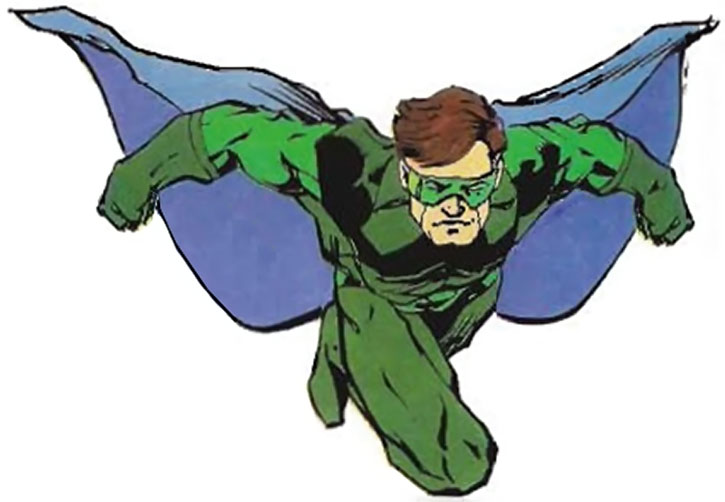 They were soon contacted by the Guardians of the Galaxy. They had just located Haven, while searching for the long-lost mutants.

Rancor and her lieutenants were suspicious of the newcomers but met with a few of them. When they discovered that other Guardians were meeting with the underground resistance, Rancor attacked them, ordering the mutants to put down the revolting humans.

In the attempt to quash the rebellion, Blaster was shot and killed by rebel Giraud, who would later become the host for the Phoenix.

A bully, Blaster enjoyed pushing the humans around. He shared the arrogance of the other members of Rancor’s Lieutenants.

A number of the more powerful escaped, but the others were left. When events on Earth caused the influx of new immigrants, they were completely isolated. A society developed with the super-powered becoming the ruling class. This continued down the centuries, even as the numbers of the powered diminished.