The son of Freedom Brigade member Captain Swift, the Blimp inherited the captain’s ability to fly, but not his speed. Captain Swift looks like the Flash without a chest symbol or any of the lightning bolt bands for a belt or around the arms.

He wears a green skintight outfit. The costume covers his head but not his face. He also has things sticking out of the head-covering to make his head look more like a blimp. His chest symbol is a picture of a blimp.

“With a strong headwind, about all I can manage to do is hover !”

Bonuses and Limitations:
None really, but a Flight speed of 0 is not very useful. Note that a strong tailwind can help push him forward while a headwind might reduce his speed greatly (or even push him backwards). Also, he is effectively weightless while flying, much as any other flying hero would be. 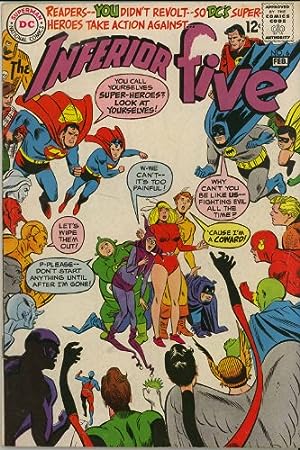