Blind Fury was a 1989 action movie with comedy elements.

By 1980s action movie standards it was fairly good. And protagonist Nick Parker (played by Rutger Hauer) could make fun appearances in settings where Zatoichi would be… difficult to insert.

Parker has adapted to being blind to the point that it is hard to tell at times that he can no longer see. His hearing is so acute that he can pinpoint the location of small thrown objects in mid-air. He can even hear frequencies slightly outside the range of normal human hearing such as electronic relay switches.

Nick’s awareness of his environment often allowed him to outmaneuver sighted opponents. He can even use tricks tricks such as moving between two armed men and then dodging out of the way so that their shots hit each other instead of him. He’s also been able to use a decoy so an enemy’s shots at it would give away their position while he snuck up on them.

Parker has become exceptionally adept at swordsmanship. He can slice a small melon into four equal parts with two quick slices as it is thrown past him. He can cut an annoying wasp in half as it flies by him.

Nick could draw his sword and attack quickly enough to disarm (literally in one case) two men with guns already pointed at him before they could fire. And that was while dodging the shots from a third gunman. Nick has proven himself equal to other sword masters despite his disability.

He is also quite capable when it comes to using the sheathed sword as a club. Parker integrated that technique into “accidental fighting” routine, where he calculatedly strikes opponents while making it look as if he is merely stumbling around and getting lucky hits. He has taken down four thugs within seconds in this manner.

Since he’s usually fighting goons, he will often — in DC Heroes RPG terms — Press the Attack and attempt to disable his foes as quickly as possible. If the situation is untenable, he will attempt to get into an area that works to his advantage.

On those rare occasions in which he cannot pinpoint his attacker, such as brief moments during his fight with the assassin swordsman, he will run through a series of defensive kata until he can locate his target again.

Nick Parker was a US Army infantryman on the last day of his tour of duty in Việt Nam when his base was bombarded by a mortar attack. Nick and Frank Devereaux, his friend since boot camp, were sent out to hunt the mortar team down. Frank broke and fled during a critical moment. Meanwhile Nick, blinded and badly injured by an exploding mortar shell, was left for dead.

Parker was found by a native tribe. Its members nursed him back to health and adopted him as one of their own. One of the tribesmen was a swordsman and trained Nick in the art as part of his rehabilitation.

Eventually, Nick went back to America. Twenty years after his accident, Parker traveled to Florida to talk to Frank. Unknown to Nick, Frank had divorced his wife and moved to Reno, where he had run afoul of a ruthless gangster named MacCready. McCready wanted Frank to create new designer drugs. The mobster took Frank prisoner and sent his goons to capture Devereaux’s son for further leverage.

Nick was visiting with Frank’s family in Miami when MacCready’s men arrived disguised as police. One particularly brutal thug fatally wounded Devereaux’s ex-wife Lynn. This prompted Parker to take them out. With her dying breath, Lynn asked Nick to take her son Billy to his father Frank. Nick traveled from Florida to Reno with Frank’s son. He battled MacCready’s goons on several occasions.

Parker arrived in Reno in time to save Frank’s girlfriend Annie from two of MacCready’s thugs. Leaving Billy in her care, Nick rescued Frank from captivity. The two went to get Billy and Annie only to find that MacCready had already found and kidnapped them both.

MacCready wanted the drug Frank had designed in exchange for the captives. He demanded that Nick and Frank meet him at his winter resort on Donner Pass. The meeting was a trap, of course. But Nick and Frank slaughtered their way through MacCready’s goons and the Japanese sword master that MacCready had hired, freeing Billy and Annie.

With MacCready brought to justice, Frank and his son moved away from Reno while Nick went back on the road.

Nick is a handsome Dutch blond, usually wearing loose-fitting casual attire. While on the road, he only carries a small travel bag with a few possessions and his sword-cane.

Nick’s katana is a very basic design with a simple wrapped handle.

Nick is a rather amiable, even sensitive, man. While safeguarding his friend’s son Billy, Nick bolstered the young man’s morale by complementing his artwork. He also let him know it was not a sign of weakness to grieve. When he sought out his friend Frank who had abandoned him on the battlefield, he only did so to bring closure to them both. Nick wanted Frank to know that he was forgiven.

Parker will not hesitate to fight if he needs to, but only in force proportionate to the threat. Accordingly, he leaves his sword sheathed unless in mortal combat, using it as a short staff instead. In battle he is silent, concentrating intensely on his environment. This is so that he can pick out his attackers’ movements and respond appropriately.

(Bullies start harassing a young lady and her purse lands next to Nick, who picks it up.)
Thug: “Give me the purse, ciego.”
Nick: “Are you sure it goes with your dress ?”

Billy: “I get the window seat. You don’t need it, you’re blind.”
Nick: “You got me there, little prick.”

(Nick jumps behind the wheel of a van to escape some goons and accidentally sideswipes a convertible)
Motorist: “What’s your problem, jack-off !? You blind ?!”
Nick: “Yeah. What’s your excuse ?”

(After shaving off Cobb’s eyebrows with a single swing of his sword) “I also do circumcision.”

Nick: “I suggest aspirin for that headache.”
Cobb: “What headache ?”
(Nick knocks Cobb out with a single blow to the head.)

(Nick sneaks up behind two thugs in a darkened room.)
First thug: “Do you see him ?”
Second thug: “I can’t see a thing !”
Nick (rising behind the first thug with sword ready): “That’s where I live.” (Cuts down both men.)

Parker’s mastery of blind fighting (in the most literal sense possible) may have encouraged other practitioners of the martial arts to seek him out for his expertise on the subject. Richard Dragon might have arranged for Parker to meet the Question to give that hero another lesson in humility, just as Dragon himself took on the attributes of a paraplegic during the Question’s training.

King Snake might have sought out Parker as well, for training after the accident that left Dorrance blind. Parker would have likely refused given Dorrance’s personality and goals, spawning a long-running enmity.

The movie was derived from a famous series of Japanese films featuring Zatoichi, a famous blind swordsman of early 1800s Japan. If this character existed in the campaign’s history, then Nick would likely be the latest practitioner to carry the legacy forward.

In a campaign that included Daredevil’s sightless trainer Stick, Parker could well be an associate of his and they would have likely shared knowledge of their techniques with one another.

Skills:
Evasion: 07, Martial Artist (incl. Techniques)*: 05, Thief (Stealth): 05, Weaponry (Sword): 08. Nick also had Weaponry (Firearms): 04 during the war, but his blindness and subsequent non-use of this Skill has probably caused to it atrophy down to the level of Unskilled Use.

Advantages:
Lightning Reflexes, Shtick (Fast draw – can draw his weapon as a free action), Schtick (Land of the blind – Nick can spend 5 HPs to find an area that better suits his style of combat as per the “Altering the Game Environment” Optional Rule on page 127 of BoH:SE — one example is the cornfield he maneuvered through during one fight that obscured his opponents’ views while providing a lot of noise for him to work with.)

Drawbacks:
MPR (Blind, Minor since it does not generally hinder him).

This sword-cane looks like an ordinary rough-hewn walking stick until Nick draws his sword from it. In contrast to the usual ornate swords of movie heroes, Parker’s sword is a very simple design, with an unadorned katana-like blade and a wooden handle matching the rest of the cane that sheathes it.

The combination of Parker’s acute senses allows him to act without any blindness penalties in normal combat situations (+3CS to OV of opponents). In any Phase that his opponents attempt to move silently to evade detection (i.e. they make Skilled or Unskilled use of the Thief (Stealth) Subskill) Nick must make an opposed roll with his Directional Hearing versus their Thief (Stealth).

If Nick gets any RAPs, then he can continue to ignore blindness penalties as usual for that Phase. If he does not, he suffers the standard +3CS to his opponent’s OV. If the latter occurs, Nick will take a defensive posture (including Laying Back, if possible) until he makes a successful Check or his opponent stops moving silently. 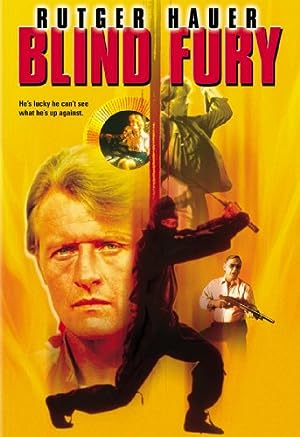 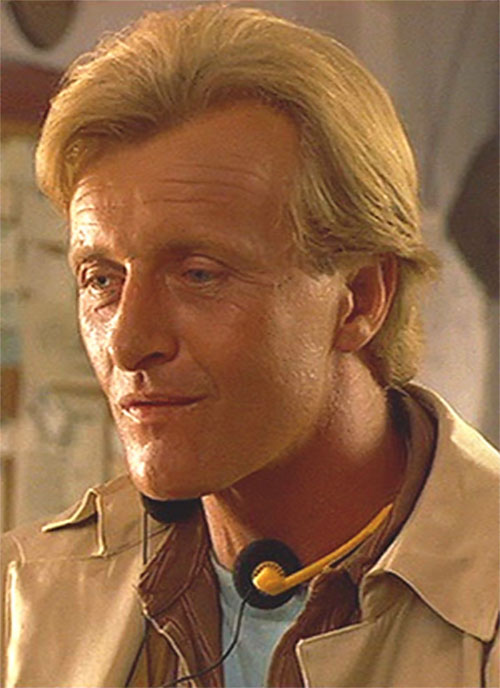 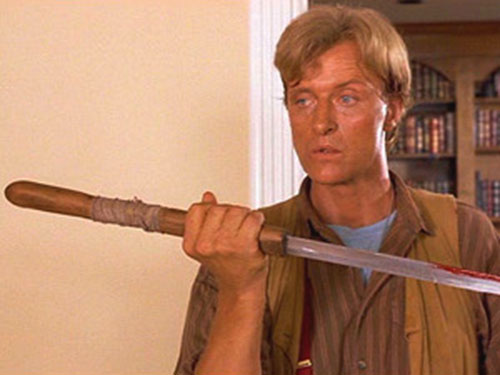 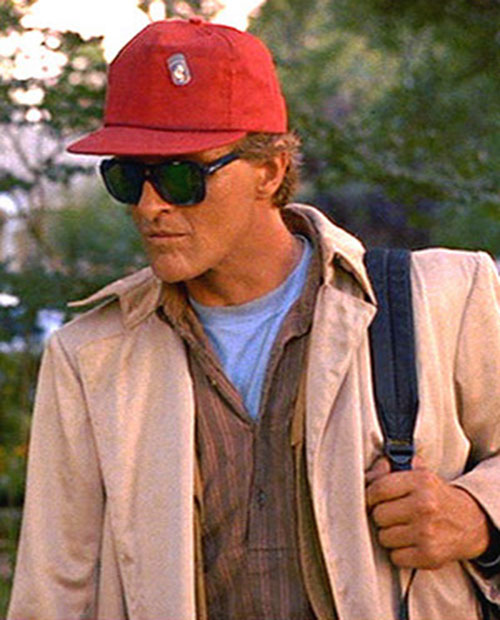