Blindside seems more competent than even the other Harriers. She probably only comes second to Hardcase himself.

She apparently received advanced martial arts training. It includes stealth techniques and mental stealth disciplines that made her thoughts appear “like quicksilver” even to Psylocke. Blindside usually fights unarmed.

The Harriers were placed under the command of the legendary, tough-as-nails S.H.I.E.L.D. agent Hardcase.

The Harriers eventually left S.H.I.E.L.D. to become mercenaries. From timing it seems that it occurred after S.H.I.E.L.D. was taken over by the Deltites conspiracy. Their career is undocumented, but Wolverine — a friend of Hardcase — indicated that they acquired an excellent reputation for efficiency and high standards.

In 1990, Wolverine approached Hardcase to set up a training expertise for his partners Psylocke and Jubilee. Since Hardcase was concerned that his men were getting too little action and getting soft, the two men agreed to manipulate everybody into a brawl without warning them. Once the skirmish had progressed far enough, they broke up the fight for debriefing.

Over the following years the ageing Harriers largely retired to run his bar. But for the younger Harriers, the bar was chiefly a base of operations. Blindside increasingly worked solo, though.

Blindside was reportedly considered for Initiative membership. Whether anything come out of it is unrevealed.

Blindside seems to revel in danger and action, but she’s a professional.

She tends to go for stealth and surprise attacks, skulking some distance away from the Harriers in order to provide a sudden backup when needed.

(As Psylocke exploits Jubilee’s diversion) “Heads up, Harriers. The baby’s brought a playmate.”

Bonuses and Limitations:
Mind blank is a Skilled Power.

The stats are speculative due to the lack of material. 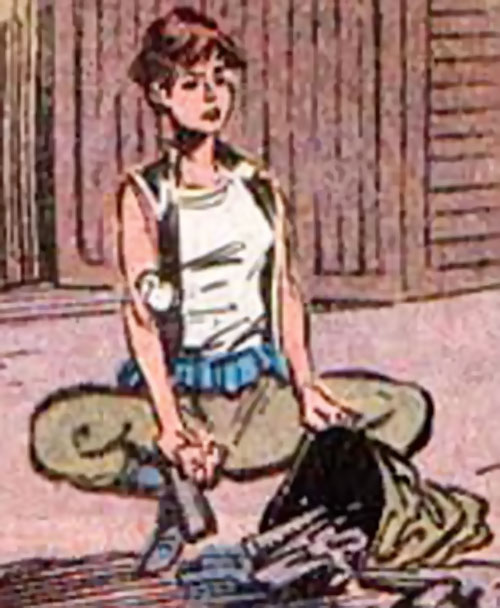 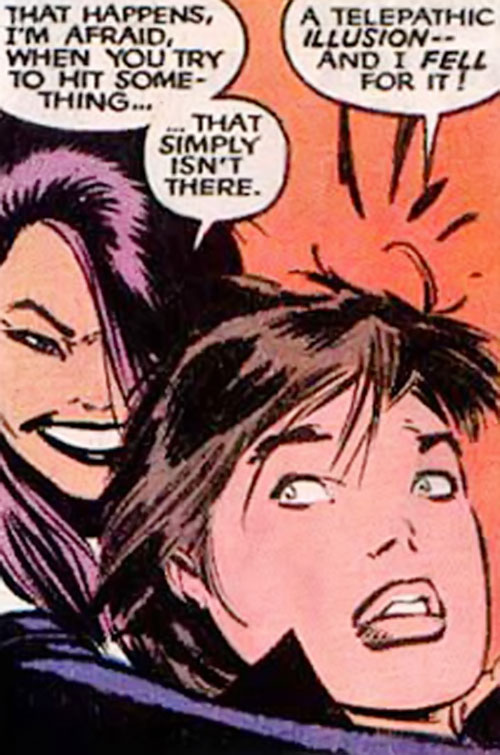