Blistik’s chief weapon is his staff.

The writeup assumes that Blistik was generally athletic and that his suit had significant protective properties. But this is speculative.

Blistik just popped up one day in Manhattan. He prowled the Southern half of Central Park, and neighbouring streets and avenues. Behaving as if he held limitless authority, he accosted passers-by who in his opinion were guilty of “quality of life infractions”.

Blistik crossed paths with Captain America (Steve Rogers) twice. On the first occasion, he caught two hitmen who were fleeing from a murder attempt on Cap. This is because Blistik had spotted them running a red light. When they refused to obey his orders, Blistik just blasted them point blank. That severely wounded them and sent their van crashing.

Cap stumbled upon Blistik again when convincing his ally Fabian Stankowicz not to jump from the Brooklyn Bridge. Blistik wanted the depressed Fabian to commit suicide before he could further disrupt traffic. When Cap interfered, Blistik summarily blasted his sky-cycle to bits.

Cap grabbed the superstructure of the bridge to stop his fall. Then he threw his shield at Blistik before he could kill Fabian. This broke Blisitk’s staff, and the “vigilante” was sent plummeting into the water.

Blistik was listed as a potential Initiative recruit in governmental work document, but may never have been actually approached.

Blistik acts as if he was some sort of super-cop given carte blanche to enforce imaginary laws about urban living. Anything that disturbs the peace may be approached in a Judge Dredd-like manner with orders to stop it immediately. This is followed by completely disproportionate violence if the persons accosted do not comply. 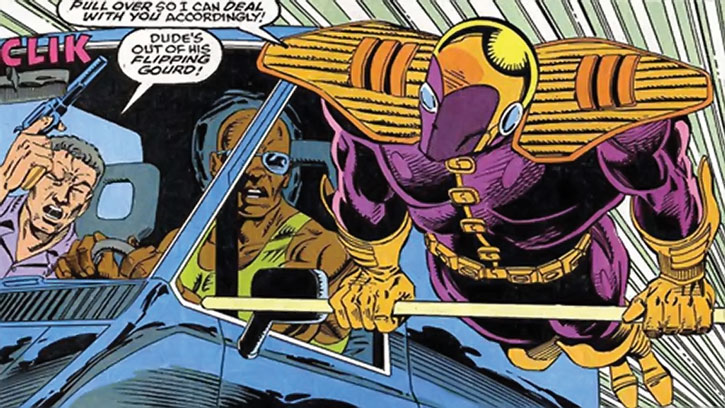 Blistik has no empathy whatsoever. To him the “perps” going against his fantasy laws are scum, and he has no problem hurting them or even killing people to force compliance. He seems blind to the fact that his own actions are far, far more dangerous and disruptive than the incivilities he wants to stomp.

Of course, he’s convinced that he’s being the reasonable and justified party.

“Perhaps you did not hear me over the sound of your own noise pollution. I said lower the volume [of your ghetto blasters] or I shall find you all guilty of an inner-city quality-of-life infraction… and deal with you accordingly.”

“You went through a red light and nearly killed a pedestrian ! You are detracting from the quality of life in this city ! Pull over so I can deal with you accordingly.”

(Goading a person about to jump from the Brooklyn Bridge) “Jump if you’re going to ! See those rubberneckers down there ? Those police cars ? It’s going to be rush hour soon ! Your indecision is disrupting traffic !”

Stats are tentative given the paucity of material. 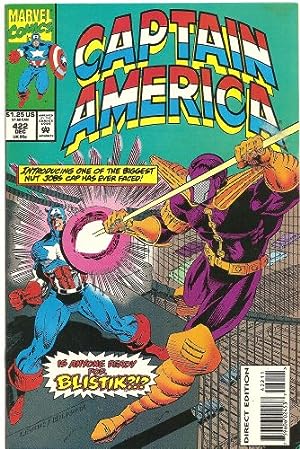 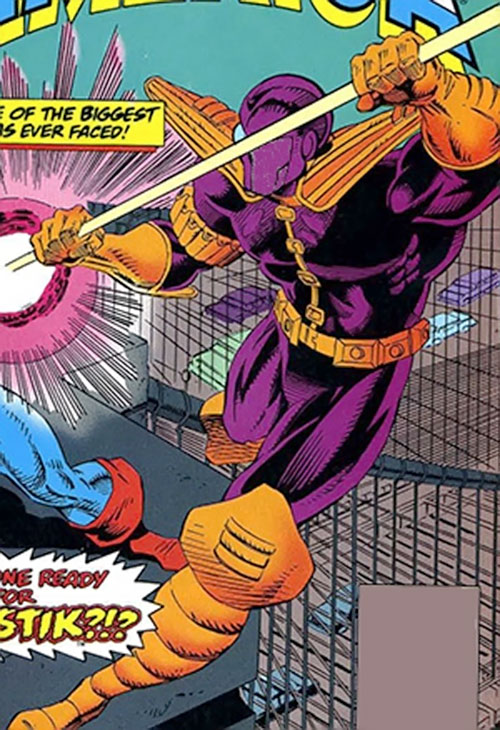