His power is simply to build up an electrical charge and then release it as a lightning bolt from his hands. 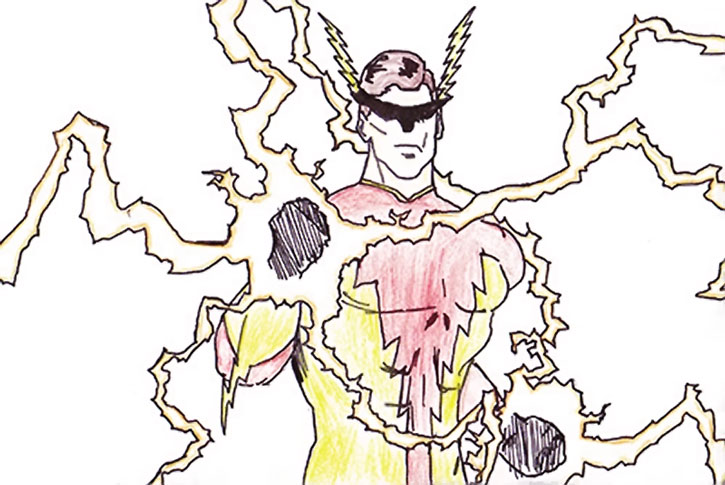 Blitzkreig is a genius plain and simple, very perceptive and his knowledge of the Sciences is far beyond what most genius level Scientist can do. His Deductive reasoning skills are nearly on par with Batman’s as well.

When the Challengers were formed, Blitzkrieg was the natural fit as leader of the team. His overall high Spiritual stats and Charisma skill make character interaction much easier.

His history is pretty straight forward. His origin story was similar to Captain America’s, I suppose, in that some scientists modified him. But he himself was one of the scientists and while the experiment was basically successful on him, they deemed it too dangerous to try on anyone else.

In fact there were ten other subjects but they all died. The experiments were done simultaneously. 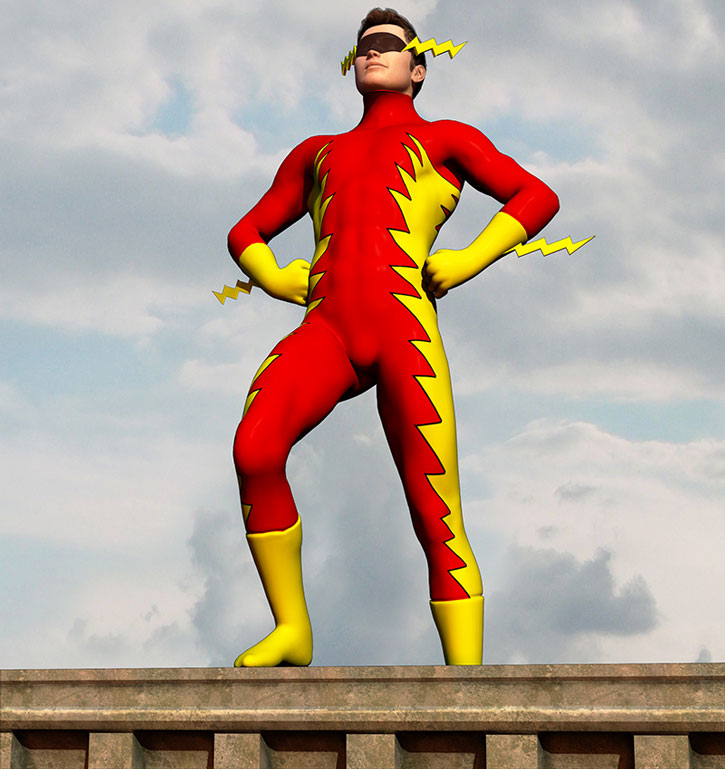 Upon learning of the results Blitzkrieg forced everyone out of the building and then destroyed it, including all the records. This was before the internet so there was no online backup. The surviving scientists agreed with him that such an experiment should not have been performed on human beings.

Except for one who *may* become a future super villain as he begins secretly experimenting on animals.

Being the only survivor caused him to realize how lucky he was to be alive and decided to use his powers to try to uphold the good and make the world a better place.

Kyle is a Caucasian male in his late 20’s. He has hair similar to Hal Jordan. His costume is red and yellow with a lightning bolt pattern that runs the length of the costume.

He also has small lightning bolts that come off the ends of his gloves and crown.

Blitzkrieg is a huge proponent of brains over brawn.

Kyle is an honest man who has natural leadership ability which allows him to command the Challengers in battle. He is a lover of bad, bad horrible puns (like many heroes before him.) One will probably become a quote above.

(After capturing a villain named Neutron)
Neutron: “How much is this going to cost me ?”
Blitzkreig: “For you, no charge.”

Blitzkreig and the Challengers can be inserted as is in one the many cities needing heroes!

With effort, Blitzkreig has used a form of Lightning Being at least twice. This is not part of his standard powers and is considered a Trick Power (pg 227). Another trick he uses is charging his hand for continuous light. 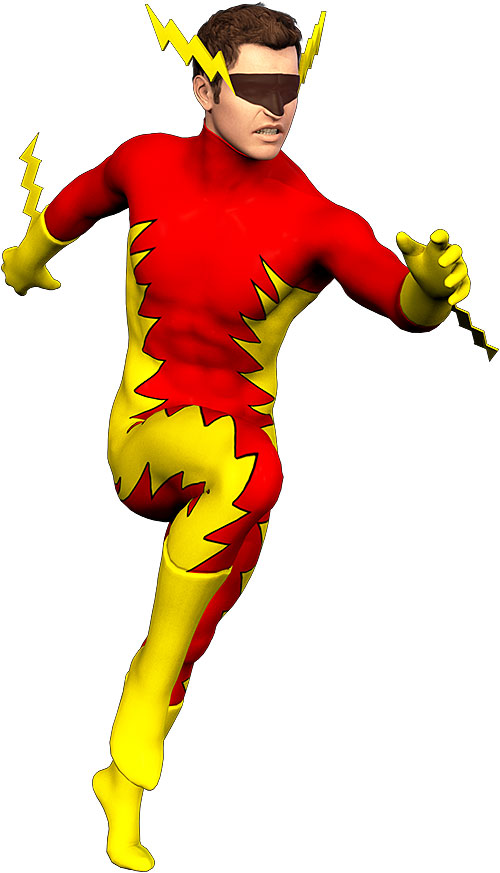