Blockade can easily grow to heights of 60 feet (about 18 metres), or over a hundred if he pushes himself.

Following his blinding by Nikki, he needs special Suboptic Glasses to be able to see.

While not as sadistic as other members of Rancor’s Lieutenants, Blockade does enjoy fighting.

He is absolutely devoted to Rancor, even killing his father when he’d betrayed Rancor’s Lieutenants.

He has a special hatred of Nikki for her blinding him in combat.

“Halt, humans ! You will advance no further ! So speaks Blockade, the living wall !”

Equipment:
Once on Haven II, he has a pair of Suboptic Glasses, which compensate for his Physical Restriction.

Prior to his first encounter with the Guardians, he didn’t have the SPR.

Source of Character: Guardians of the Galaxy, Marvel Comics 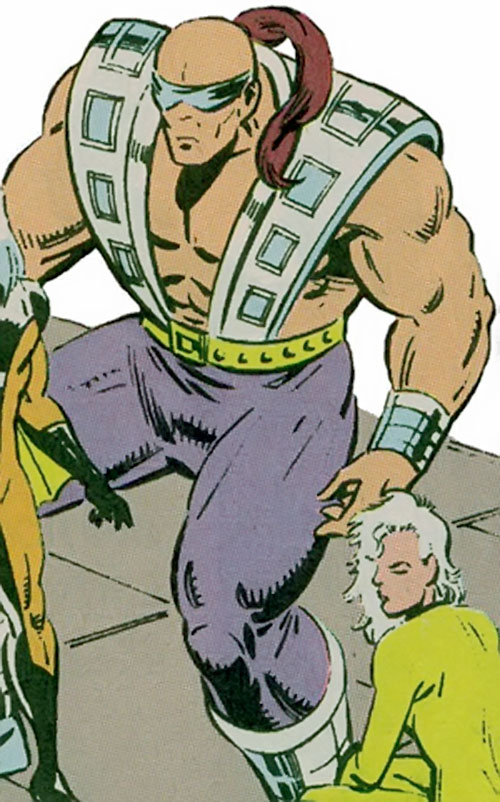