A very minor, but generic and handy, Marvel villain in power armour .

He primarily clashed with Captain America, and first appeared in 1981.

Woolrich is a mean streets criminal. He has excellent reflexes and coordination, a gun, an attitude and a mastery of arson techniques.

The suit is insulated, cooled, has a polarized visor and a system allowing to move through smoke and glare without hesitation.

Blockbuster will often torch his environment, letting all the considerable hazards of a fire hinder and threaten his opponents (great heat, toxic smoke, risks of collapse, backdrafts and so on – see our DC Heroes Misc. Rules article).

Though the Heat-Ray armour is robust, it is no Iron Man suit. For instance Captain America once demolished the power feed from the backpack with his shield.

Heat-Ray later had his equipment upgraded, adding a microwave ray projector and other unrevealed systems.

Back in 1981, F. Woolrich was an arsonist for hire. He claimed to be reputed and well-paid, and one gets the impression he may have been ex-military.

Using the trade name “Blockbuster”, Woolrich worked in New York City, which was going through waves of gentrification. Some real estate developers simply had men like Woolrich torch working class buildings. They would then buy the ruins and redevelop the block for much higher rents.

Woolrich was sent after a predominantly Jewish area in West Brooklyn. There his first fire spread very quickly and trapped the residents. Steve Rogers was living across the street with his friend Bernie Rosenthal, and Captain America thus immediately intervened. Though all residents were saved, a fireman was killed while helping Cap get out of the building.

The developer started getting cold feet, but Woolrich convinced him to let the contract continue.

Suspecting he might run into Cap again, Blockbuster made the standard deal with Justin Hammer’s organisation. Thus he became a super-villain, getting a suit of armour in exchange for a 50% cut.

The house is burned, the children are gone

Blockbuster did run into Cap during another arson raid. After the star-spangled Avenger carried the unconscious Blockbuster out of a burning warehouse, Woolrich attempted to shoot him in the back. However, the criminal was taken down by firemen. 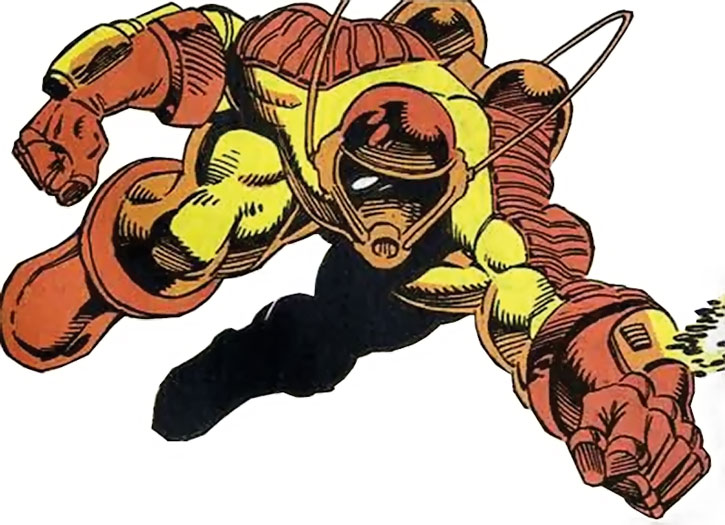 Blockbuster agreed to plea-bargain in return for the name of his employer. As a result, he got a reduced sentence. He became a minor super-villain, whose activities included attacking money transfer trucks. He used part of his profits to keep his suit upgraded. Woolrich also changed his monicker to Heat-Ray – perhaps to avoid a conflict with Michael Baer of the Marauders.

In 1992 Heat-Ray ran into Marvel Boy (Robert Grayson)’s duplicate, the Blue Marvel. The Blue Marvel swiftly defeated Heat-Ray. He would have executed Woolrich had not Captain Marvel (Monica Rambeau) intervened.

Oh yes a change has come

By 1993, Heat-Ray was with a team of mercenaries called the Fangs and working for the Viper (Ophelia Sarkissian). His colleagues were Bludgeon, Slither and Razorblade.

When the Viper and the Red Skull (Johann Shmidt) had a disagreement, the Fangs killed the Skull’s agent the Iron Monger after he assaulted and wounded the Viper.

The Viper and her Fangs were then attacked by Captain America, Battlestar and Silver Sable – and defeated. Heat-Ray hasn’t been seen since.

Ruthless criminal and casual killer. His rep is a big thing for him, and he’d very much like to be a big-time villain. However, while he’s mean and sufficiently violent, he lacks the right stuff and can’t go the distance.

“You shouldn’t have shown up at that brownstone I torched last night, Avenger ! People don’t live too long when they get in the way of… Blockbuster !”

“Only the broad has a gun ! No way they can withstand us !”

Perhaps he could team up with the Firebug and Bonfire and form a team of Arson Assassins ? 🙂 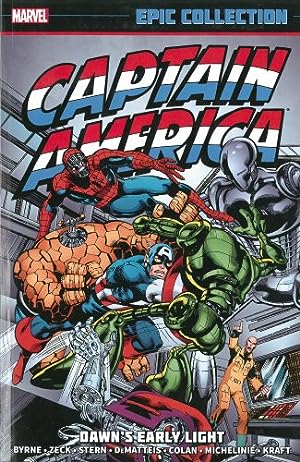 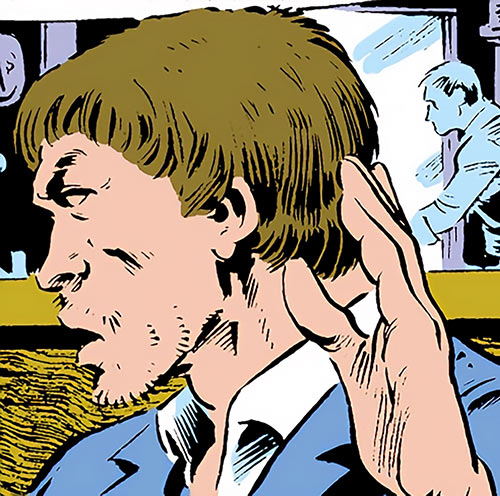 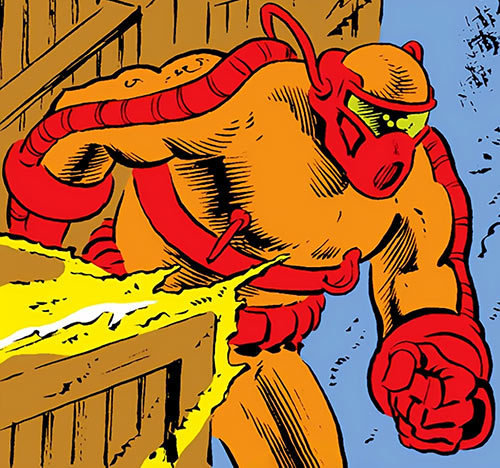