Harold has the ability to transform at will into either of two super-heroes:

Blockbuster is a man of stone, much like the Thing or Blok.

Harold himself has only the minimum skills and abilities needed to graduate from the police academy.

Like most kids, Harold Potter had always dreamed he’d grow up to be a super-hero. But without any powers, that was impossible, so he applied to become a cop instead. He graduated at the bottom of his class, only to be shot on his first pursuit by an anonymous hardware store robber.

Harold then took the insurance money and started a private detective agency: Harold Potter, Private Investigations. The name attracted little attention, but eventually, a client did walk in. Unemployed actress Chloe Vanderlain needed her ex-husband found to collect back alimony.

Harold was unable to find any leads, but eventually Chloe’s ex finally paid up. 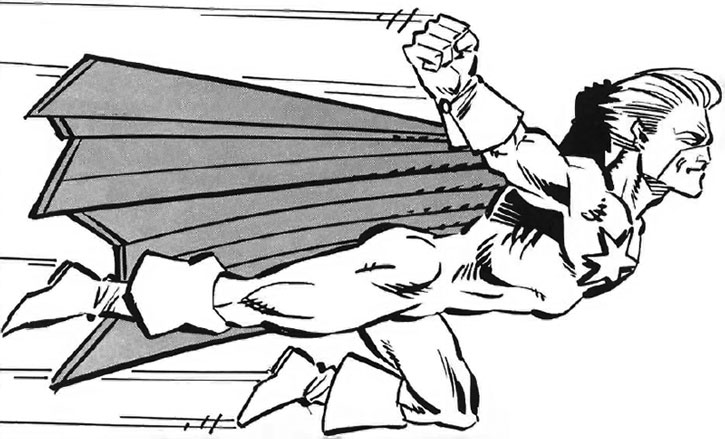 Harold again started dreaming of being a super-hero… until his dreams began turning up in the newspapers. At first he thought he was predicting these heroes’ exploits. But with Chloe’s help, he learned that he was subconsciously becoming two separate heroes: Blockbuster and Heavy Nova.

Harold figured out how to become each hero at will. Yet he was unable to control either of their actions except to revert to Harold Potter at will.

Harold hired himself out to Supertemps as manager to both his alter egos. In the meanwhile he continues operating his detective agency, now known as Truly Amazing Metahuman Investigations, Inc..

Blockbuster is an overmuscled, cement-colored man in jeans, work boots and a loose vest.

Heavy Nova is a taller, acrobat-built man with a tight bodysuit with a star insignia and an ankle length cape.

Harold Potter is basically a nice guy who always tries to do what he believes to be right.

Blockbuster is a battle-happy brick. Once bystander are out of the way, he enjoys beating up those foes tough enough to take it.

The GM will have to determine what impact, if any, Harold’s wizarding namesake will have on his career.

There are several possibilities: 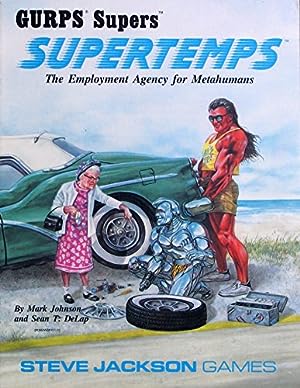