The Blonde Blade is a competent swordswoman and hand-to-hand fighter, and an adept athlete.

She wields a very high quality warbrand. This is a type of bastard sword illustrated in the Maciejowski Bible (published in the 1250s) that looks a bit like a giant table knife. Hers had gold inlays all along the back of the blade and much of its length.

Her ability to go undetected is remarkable, though no-one has ever realized it was actually superhuman. The source for this ability is probably a low-level mutation.

The Blonde Blade is rather tight-lipped about her past. She is the only member of the Fenris Fraktion to maintain a double identity.

It is unclear how she came to be recruited by Fenris in the first place, as she upholds no specific agenda. The Viscountess believes she was dragged in the movement by her abusive boyfriend. He has since been grievously wounded by Betar militants and is no longer in a relationship with Olga.

Although the Blonde Blade goes for fishnet stocking, expensive New Rock platform boots, a flattering leather jacket, a naughty schoolgirl pleated skirt and the like, she remains masked and her outfit is not actually revealing.

Olga Nevwirth is a very repressed young woman who feels anxious and guilty about everything.

She uses her dual identity in order to let off steam, but that doesn’t really work. Her attempt at “provocatively sexy” ended up rather conservative. Likewise, while she throws herself into martial arts, sentry-neutralization stealth techniques, swordsmanship, etc. with great intensity, she doesn’t have an actual killer instinct.

Drawbacks:
MIA to shyness, MIA to being overanxious, Secret Identity. 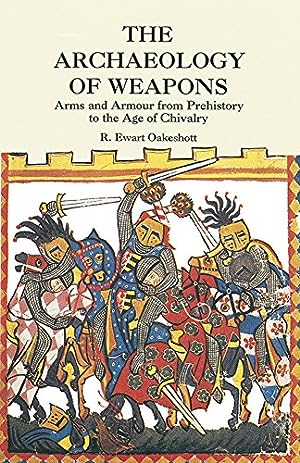 The Archaeology of Weapons: Arms and Armour from Prehistory to the Age of Chivalry (Dover Military History, Weapons, Armor)