Bloodclaw is competent, both as a fighter and as the leader of a terrorist operation. He’s strong, tough and fast.

His right hand is reinforced with a deadly clawed apparatus. This device can even fire its claws using compressed air. However, that leaves the user declawed once all five talons are shot. If Bloodclaw expects combat, he’ll wear a device on each hand rather than just on the right one.

Bloodclaw could hit Batman with his signature weapon, and even cut a de-cel  line Batman was swinging from with a shot claw.

With backing from the mob, Bloodclaw could coordinate a major bombing campaign throughout the US that killed dozens. His organisation had extensive security measures, such as automatic bug detectors in the corridors to detect any attempt to track down members. They were generally disciplined and well-prepared.

The stats have been limited to what Bloodclaw actually demonstrated. Therefore, interested GMs can develop the character to fit their own purposes. He undoubtedly has further Skills and Advantages (and perhaps even an Omni-Gadget) that he didn’t get to demonstrate in the story.

Bloodclaw is the leader of a generic terrorist organisation called the People’s Liberation Army. The PLA was depicted as existing in a vague space between 1970s far-Left terrorism à la Weather Underground , and a Palestinian movement.

Bloodclaw himself is drawn with some of the conventions for Middle Eastern men in comics, though his outfit is closer to that of a comic-book-hippie Days of Rage  activist.

The PLA was contacted by the mob when the Council implemented its Operation:Overkill campaign of terror. The Council needed a nationwide campaign of terror as a cover while they killed a Senator pushing for legislation that was unacceptable to them.

The Council supplied the PLA with weapons, and conducted further terror attacks using its own men. One such early strike destroyed the statue of Lady Liberty near the Washington Monument. Subsequent bombings by the Council and the PLA killed dozens.

Bloodclaw seemed chiefly motivated by obtaining the weapons. However, Batman and Nemesis destroyed the first large armament shipment the Council made to the PLA.

Though Batman was surprised by Bloodclaw’s martial skills, he managed to put a tracking bug on the terrorist. Batman knew that Bloodclaw and his men would retreat after the weapons had been destroyed. However, the PLA’s leader detected and destroyed the bug.

Batman nevertheless intercepted the PLA before they could blow up the Woodrow Wilson Bridge in Washington, D.C.. During this fight, Bloodclaw was accidentally thrown into the Potomac, and Batman did not see him resurface.

Bloodclaw is smart and professional, and a good leader. He talks in an elaborate and somewhat poetic way, perhaps meant to evoke Classical Arabic.

“We have nothing to say to each other, masked one ! Nor will you ever speak again to anyone !” (fzing fzing !)

“Retreat, my brothers ! There’s no profit in remaining here any longer ! Our prize no longer exists !”

(Spotting Batman) “It is our cloaked enemy ! Somehow he has found us ! Let the waters of the Potomac, then, be his grave !”

Skills:
Martial artist*: 07, Weaponry (Bloodclaw): 08 and likely others circa 6 APs. 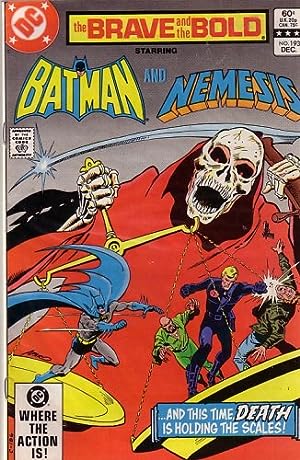 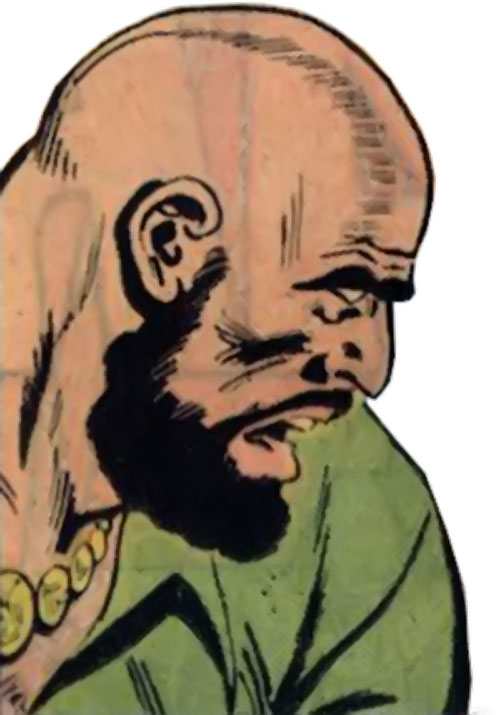 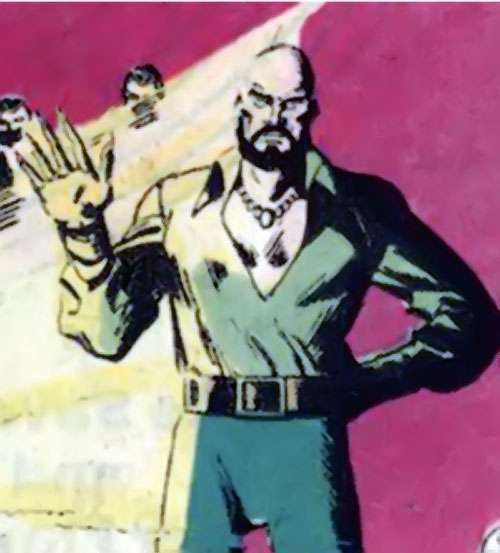