There is barely enough information about them for a profile. But we picked them anyway for RPG gamemasters who prefer to develop their own villains based on thin published material. This is often done by people who’d like to have art to work with, rather than doodle something.

Bloodhound is pretty big and has displayed a superhuman sense of smell.

He has long, jagged nails which might have been usable as claws.

Bloodhound, called “college boy” by the others, is openly an unprincipled student trying to pay his tuitions and fees by hiring out his minor superhuman abilities as a mercenary. He sounds a bit like a slacker and a nogoodnik frat boy.

“Because, dude, your mortgage needs to be paid and I got college fees. We can’t afford to be super-heroes. Those guys are millionaires…”

Bloodhound’s customization angle is that he likely has some other canine-type powers. For instance his eyes are weird and red, implying Ultra-vision: 04. 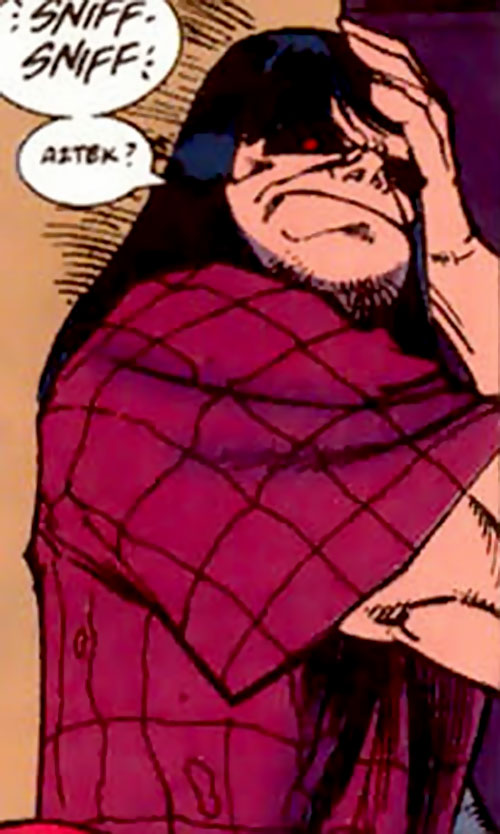