Bloodmoney was a skilled enough fighter to challenge low-level metahumans such as Manhunter (Chase Lawler).

He was capable of detective work, though limited almost exclusively to finding people and extracting information from them by fair means or foul.

Bloodmoney rose to prominence in the Star City underground as an enforcer for mobster Sammy Oberlin. Dr. Malig owed Oberlin money and Chase Lawler, who had just assumed the identity of Manhunter, needed Malig unharmed. Manhunter confronted Oberlin and Bloodmoney at Oberlin’s office.

After a brief battle, Bloodmoney agreed to leave Malig alone in exchange for stopping the fight.

Unbeknownst to Manhunter, Bloodmoney had not forgiven Malig’s debt. He had instead transferred it to Manhunter with the vig (interest) still running.  Bloodmoney let Manhunter go because he wanted to find out more about the new hero before confronting him again.

After further research, Bloodmoney tracked Dr. Malig down. He tortured him until he got the information he was looking for regarding Manhunter. After that he left Malig to die, mortally wounded far away from civilization.

Bloodmoney then captured Lawler while Chase was out of his costume. Bloodmoney destroyed the costume and prepared to kill Lawler, which would transfer the Manhunter powers to Bloodmoney.

He was then interrupted by Manhunter (Mark Shaw), who was empowered and crazed under the influence of the Psycho Pirate. Shaw’s enhancements in this state gave him the strength to kill Bloodmoney in a single blow, punching right through Bloodmoney’s chest.

An athletically-built white male with medium length hair sticking out wildly in all directions. He’s dressed in an over-designed red and white costume with yellow highlights and inexplicably odd eyes.

Bloodmoney looks like a refugee from an early Image comic.

Bloodmoney tends to take a pragmatic approach to things. If he confronts an enemy that may beat him, he is willing to arrange truces to avoid further conflict. These agreements are usually only temporary on Bloodmoney’s part. They’re meant to give him more time to assess the situation and find a way to gain the advantage.

Though much of his success is predicated on his reputation as a ruthless enforcer, he is not worried about losing face in these momentary surrenders. He can always make another example by thrashing some of the rank-and-file if necessary.

Because Bloodmoney recognizes the importance of reputation, he tends to do things with a little extra flair. He loves to use flashy moves such as jump kicks in combat. When he was about to kill Lawler, he did so in a somewhat public place where the locals could see him and pass the word, setting the stage by dousing Lawler’s costume in gasoline and setting it aflame.

Bloodmoney: “Got a name, mask ?”
Manhunter: “Manhunter will do.”
Bloodmoney: “Okay. Manhunter. Snappy. You hunting a man, Manhunter ?”

Sammy: “He beat you. I don’t believe it.”
Bloodmoney: “He didn’t beat me. What, I’m supposed to fight him ? I don’t know anything about the guy.”
Sammy: “Word gets out you—”
Bloodmoney: “Oh, word, word. What do *I* care ? Anyone tries walking out on a debt, they’ll find out what’s what. Forget the macho stuff, I like to know what I’m up against.” 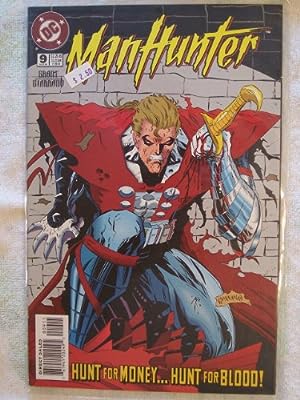 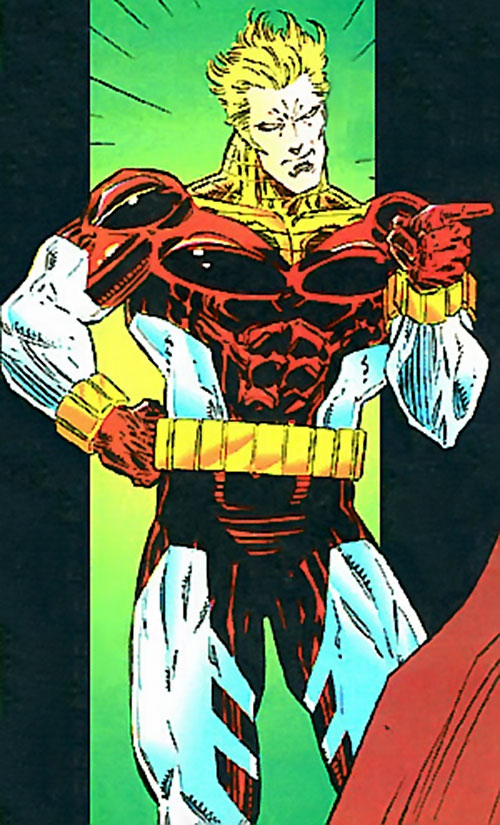