Bloodstrike has “Class 50” strength and toughness, and is an apt brawler and enforcer.

His durability is a bit hard to gauge. Bloodstrike could fight Rage for a while and didn’t appear to feel handgun fire at close range. Yet he could be stunned by Night Thrasher’s gas pellets or pitons.

The Temple of the Dragon’s Breadth has been hidden deep in the jungles of Cambodia for millennia. It sits on a well that is a potent source of primal energy.

Its best known project was to give birth to a number of children infused with the power of the well. The purported goal was to unite their culture with “the ways of the West”. The project started when an American recon patrol stumbled on the temple in 1966. They were invited to father children during a ritual.

One of the children was Eric Conroy. He went on to become a street tough and then an enforcer for a Chicago crimelord. He wasn’t aware of his full power until he was tracked and contacted by Diego Casseas.

This group of superhumans was called the Folding Circle. Bloodstrike discovered his powers after he accidentally killed a security guard. A blood-like sigil appeared on his chest, and mystical bands of clothes appeared around his forearms, legs and waist. These bands were manifestations of the Bands of Cyttorak, one of the extradimensional entities on which the Well draws on. 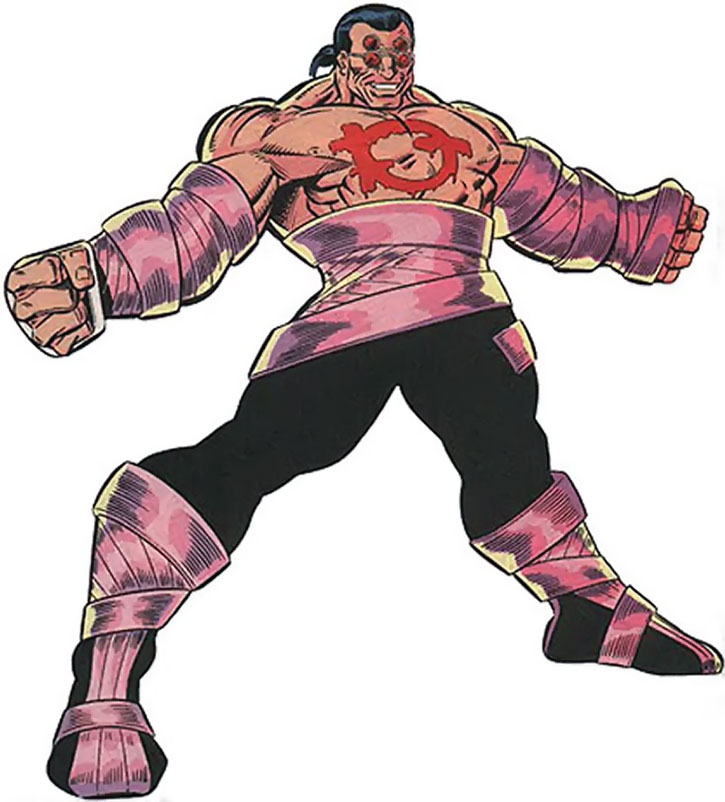 Bloodstrike has beencursed to be the last one to discover his potential. That was because his father had spit on the mistress of the Temple when they were captured, annoying her. She put the “sign of the bloodstrike” on Conroy’s father, which would later emerge on Conroy’s own chest. That was because he was the point man, the first to draw blood, in his patrol.

After incidents at the Temple, the Folding Circle, now led by Midnight’s Fire, left. They became criminal operators in the turbulent island nation of Madripoor. Midnight Fire coerced his sister Silhouette into joining the Circle for a bit. But Night Thrasher intervened, and after a four-way struggle with crimelords Aardwolf and Tyger Tiger, Silhouette left.

In non-continuity events, Casseas then came back from the well with greater occult understanding. Midnight Fire left.

The rebuilt Circle moved back to the US to become a powerful, scary syndicate mixing superhuman power, the occult and ruthless made men competence.

Conroy is not particularly smart, and does not have much initiative. On the other hand, he’s cool-headed and used to violence. He actually likes combat, and speaks in a laid-back fashion while fighting, enjoying himself. He fights without hostility, however, often merrily apologising to the one whose bones he’s breaking.

Bloodstrike sometimes use a few Italian words and mild insults. He presumably picked the habit as a mob associate trying to get chummy with made men.

Conroy’s levelheadedness extends to unusual pragmatism. He’ll always consider his best options without letting emotion get in the way.

(Upon hearing the Left Hand’s recruitment offer) “Very Barnabas Collins . Just tell me you have a dental plan and I’m all yours…”

Or you could simply use the non-continuity version as a shady New York City syndicate – they may have had clashes with a small number of Titans. 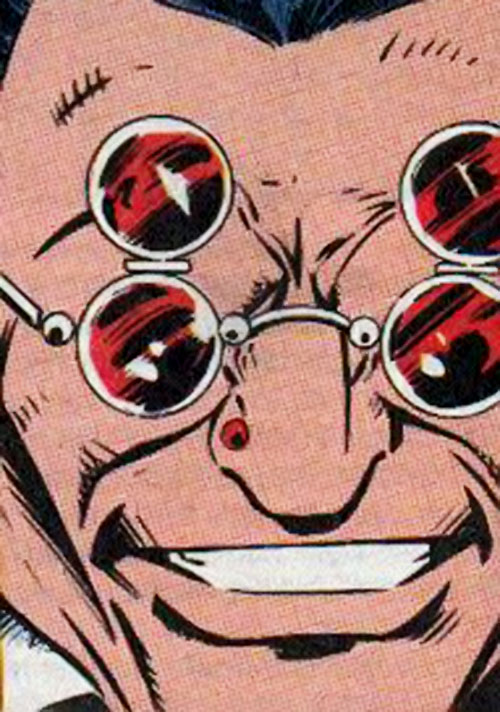