Bludgeon is a large and skilled brawler, whose strength and resiliency have been enhanced to superhuman levels by the Power Broker treatment. He can easily smash concrete with his bare hands.

Bludgeon II was an enforcer and guard for Doctor Malus when the doctor was working on the Power Broker treatment. He and his partner Mangler clashed with an undercover Captain America, who escaped. They were later beaten by Demolition Man wielding Cap’s shield.

After he eventually left Power Broker Inc.’s employ, Bludgeon joined a small group of operatives working for the Viper, called the Fangs. The other members Heat-Ray (aka Blockbuster), Razorblade and Slither. He was the team’s tactical leader and the Viper’s main henchman.

Although the Fangs easily defeated the Iron Monger when rescuing their employer, they later were outmanoeuvred by Captain America, Battlestar and Silver Sable. Captain America used his shield to ricochet Bludgeon’s shots, taking out Heat-Ray and nearly taking out Razorblade.

Battlestar and Bludgeon then started fighting hand-to-hand. But Battlestar flipped Bludgeon into Razorblade, taking both of them out. Captain America then used Bludgeon’s gun to blow up the Viper’s equipment, thus foiling her latest plan.

To the best of my knowledge, Bludgeon has not been seen since.

At first, Bludgeon looked to be almost 7’ and was a primitive bestial cast to his face. He later appeared to simply be a musclebound soldier/bodybuilder.

Bludgeon is a professional enforcer and legbreaker. He’s neither smart nor charismatic, but he’s quite confident in his abilities and has OK professionalism.

Equipment:
As a member of the Fangs, Bludgeon had:

Helper(s): Peter Piispanen for info about what happened in Cap #328. 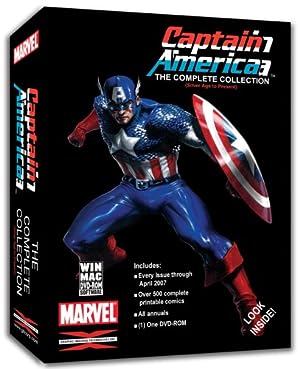 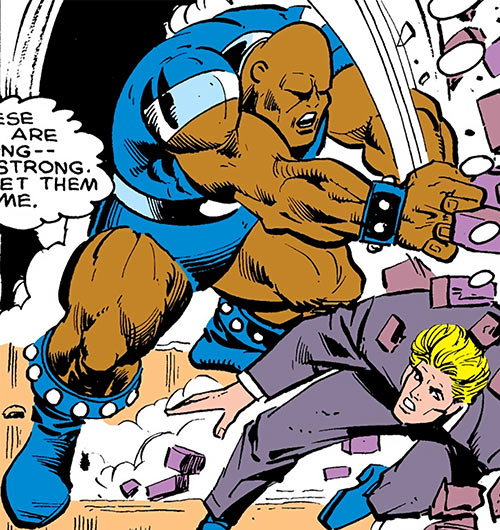