Professor Morrow’s body was permeated with shards of an exploding azure diamond. This granted him superhuman strength (he could press approximately 10 tons) and diamond-hard skin.

Morrow got his doctorate in anthropology. As such, he is well versed in human cultures, and mythology both ancient and present.

Professor Elton T. Morrow traveled to Antarctica on an anthropological research mission in the early 1941. There, he discovered an unusual azure diamond. He was headed back to the US with it when a German U-Boat torpedoed his transport.

In the ensuing explosion, everyone except Morrow was killed. The diamond was shattered. The shards embedded themselves into Morrow’s skin, giving him superhuman strength and durability.

Professor Morrow decided to become a superhero. Dubbing himself the Blue Diamond, he confronted Nazi spies in the US on several occasions. He retired the role of hero after a short while to focus on his anthropological studies.

After the Japanese attack on Pearl Harbor, Morrow resumed his heroic identity. He became a member of the American supergroup known as the Liberty Legion. The Liberty Legion later became attached to the Invaders.

Decades later, the aged Morrow fell ill. He was saved by the intervention of Star-Dancer, an extraterrestrial who possessed the Power Cosmic.

Morrow and Star-Dancer fell in love soon after they met. She then cured him by completing Morrow’s transformation into a crystalline being.

Morrow left Earth with his newfound love to soar through the stars.

Years later, the pair encountered the Earth hero Quasar. They had been captured for study by the enigmatic being known as the Stranger. Quasar freed them and they resumed their journey through the depths of space.

Dr. Morrow is a tall, handsome, physically fit Caucasian male with middle-length brown hair. He is usually dressed in whatever attire is appropriate for his current work, whether it be a conservative suit on campus or outdoor gear during Antarctic explorations.

In his WWII superheroic identity, Blue Diamond wore a blue body suit with yellow trunks, boots and gloves. On the center of his chest was the logo of a square-cut diamond with a “glowing” yellow fringe. A similar fringe was used on the edges of his boots and gloves.

His head was covered with a blue cowl that left his nose and lower face uncovered. His cowl also had a yellow glow-fringed top almost like a yarmulke.

In his current form, he is a angular-featured humanoid composed of transparent blue diamond.

Blue Diamond is a reluctant hero of sorts. This is evident from his quick return to civilian life once the Nazi menace had been thwarted. But his goal was to concentrate on his anthropology research – it certainly wasn’t out of aversion toward danger. Morrow will not hesitate to jump into action when he knows that he is needed.

Morrow is a somewhat quiet man in his civilian identity. This reflects his training as an anthropologist, as he likes to take the role of the neutral observer. He is neither aloof nor shy, however, getting along very well with others. He is comfortable speaking out when he has something important to say.

In the Marvel Universe there are various artifacts of power that are remnants of previous universes, having somehow survived the Big Bang. Among these artifacts are numerous gems such as Basilisk’s Alpha and Omega Stones and Ulysses Bloodstone’s Hellfire Helix.

To carry this over to the DCU, the Oan Guardians of the Universe could have been the group that gathered these artifacts. This was their first attempt at creating cosmic champions. Due to their low number, these agents were not as effective as the Guardians had hoped.

They attempted to replace them with much more numerous Manhunter Androids, which ended disastrously as the Manhunters went rogue. The Guardians then attempted to infuse the energies of the artifacts remaining in their possession into a Power Battery that would provide its energies to appropriately equipped agents. This was the beginning of the Green Lantern Corps.

Many of the original artifacts had been lost when the Guardians sent out their first agents, long before the Manhunters were created. These artifacts, or fragments thereof, continue to be encountered by Green Lanterns and their heroic associates.

In addition to the Marvel characters noted above, Blue Diamond’s azure gem was another such artifact. One such DCU artifact might be the Worlogog/Philosopher’s Stone.

The blue and the green

The human Green Lantern Alan Scott crossed paths with the Blue Diamond during World War II. He sensed a resonance between his ring’s powers and Morrow’s diamond-saturated body, but neither could determine what the link was.

In later years, when Morrow had taken ill, a Guardian visited him during the Millennium event . Using his Oan energies, the Guardian was able to complete Morrow’s transformation. He asked him to serve as a connection between the Oans and the New Guardians – humans enhanced by the Oans and Zamorrans.

After the New Guardians disbanded in the wake of several team members’ deaths, Morrow decided to start anew and left Earth to explore the stars.

Another possible DCU connection is with the Gemworld. The Azure Diamond could have been displaced from that dimension. In his later years, Blue Diamond was saved from his illness by the heroic sorceress Amethyst, who changed him completely into mystic diamond.

Morrow then traveled with her to Gemworld, serving as a protector and engaging in anthropological studies of the inhabitants there.

Note:
Dr. Morrow had glasses to correct his near-sightedness, but did not wear them in his heroic identity.

Shine on you crazy diamond

After Star-Dancer changed Morrow’s body to diamond, his abilities were significantly improved.

Bonuses and Limitations:
Molecular Chameleon is Always On and limited to mimicking Diamond.

Blue Diamond may have even more new abilities that have not yet been revealed. For example, having been imbued with some measure of the Power Cosmic, it is possible that he possesses Continuum Control and/or Awareness (10-12 APs each).

For the current Blue Diamond in the DCU, you could replace Continuum Control with Force Manipulation if Morrow is an agent of the Guardians or replace it with Sorcery and boost Spirit to 08 if the Azure Diamond is from Gemworld. 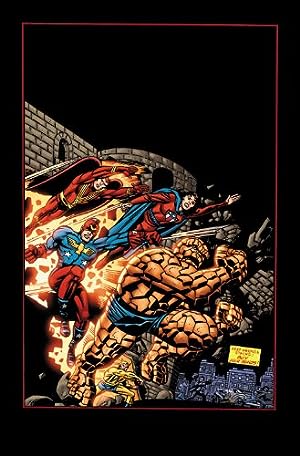 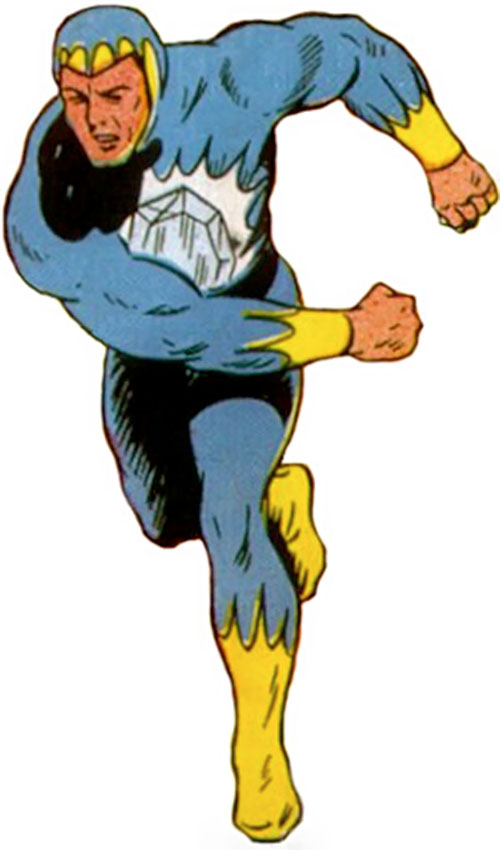 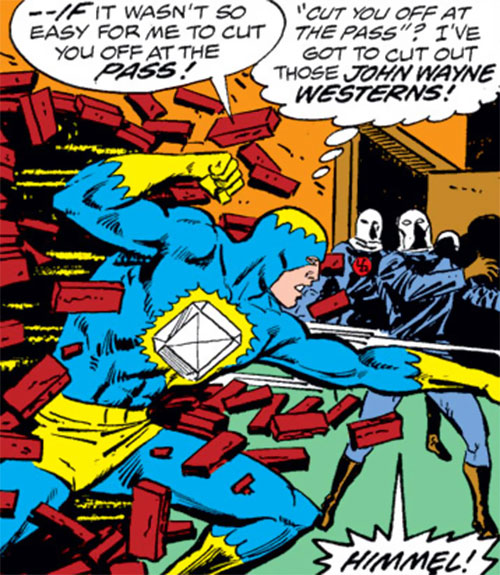 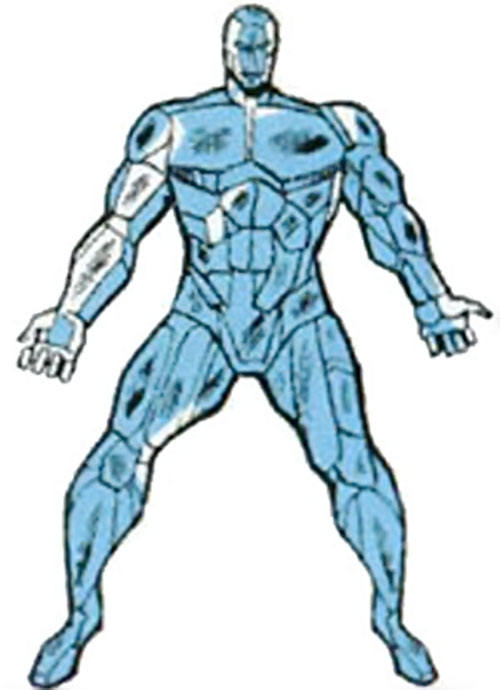